Behringer has been teasing its new Deep Mind 12 synth for a few weeks. MusicTech‘s modular and synth expert Dave Gale got the inside track that it would make its UK debut at the Leeds Modular Meet last weekend so made it his mission to get this exclusive hands-on preview… Casting a beautiful shadow in Leeds, the […] 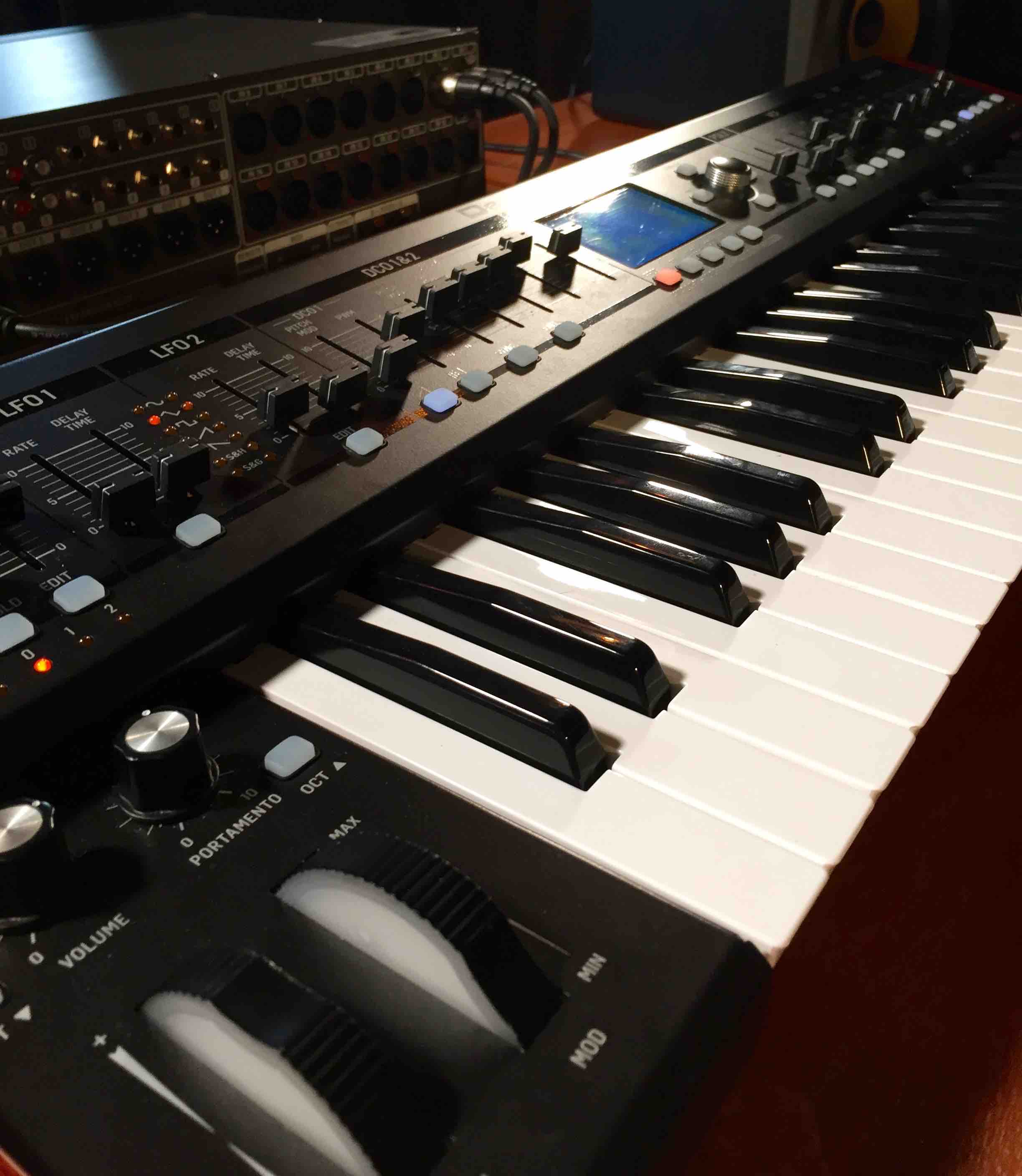 Behringer has been teasing its new Deep Mind 12 synth for a few weeks. MusicTech‘s modular and synth expert Dave Gale got the inside track that it would make its UK debut at the Leeds Modular Meet last weekend so made it his mission to get this exclusive hands-on preview… 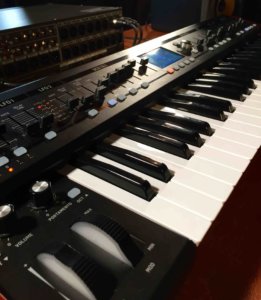 Casting a beautiful shadow in Leeds, the ‘Deep Mind 12’ from Behringer gets it first public outing.

If you use the internet, and have searched for anything synth related recently, you cannot help but have been very intrigued by the continued drip-drip of information, regarding the new and highly anticipated synth from Behringer, the Deep Mind 12. On its first public appearance, at the Leeds Modular Meet, the new synth turned many heads and I was lucky enough to spend some time with the synth, and also meet the designers behind the project.

We first heard that Behringer was planning to get back into producing synths about two years ago when we visited Behringer’s new factory in China. We say ‘get back to producing synths’ as it’s a lesser known fact that a synth was the founder of the company, Uli Behringer’s first product. The UB-1 was the name of the synth that Uli produced back in the early 80s, before he started the company proper, and he told us that he wanted to return to his first love when we spoke to him in China.

Deep Mind 12 is not Behringer’s first synth. That was the UB-1, a synth produced by Uli Behringer when he was just 16 years old.

On to the new synth and first things first: the Deep Mind 12 is an analogue, 12-note polyphonic synthesizer, with plenty of scope for full polyphonic operation, and stacking of all 24 oscillators (that’s right – 24 – there are two DCOs per voice). One of the starting points for this design was a nod towards one of the best of the vintage guard, the classic Roland Juno 106, but this is absolutely not designed to be a clone of the Juno, more what the Juno might have become, if it were alive today, with its traditional roots intact.

Let’s start with the aesthetic; it has a beautiful form factor, with a full size four octave keyboard, and a control panel which every synthesists dreams of. It’s all there! A long row of clearly labelled, long throw faders, each with a dedicated task to hand. There is admittedly some doubling, but it’s very clear what does what, as can be seen from the illuminated buttons below. 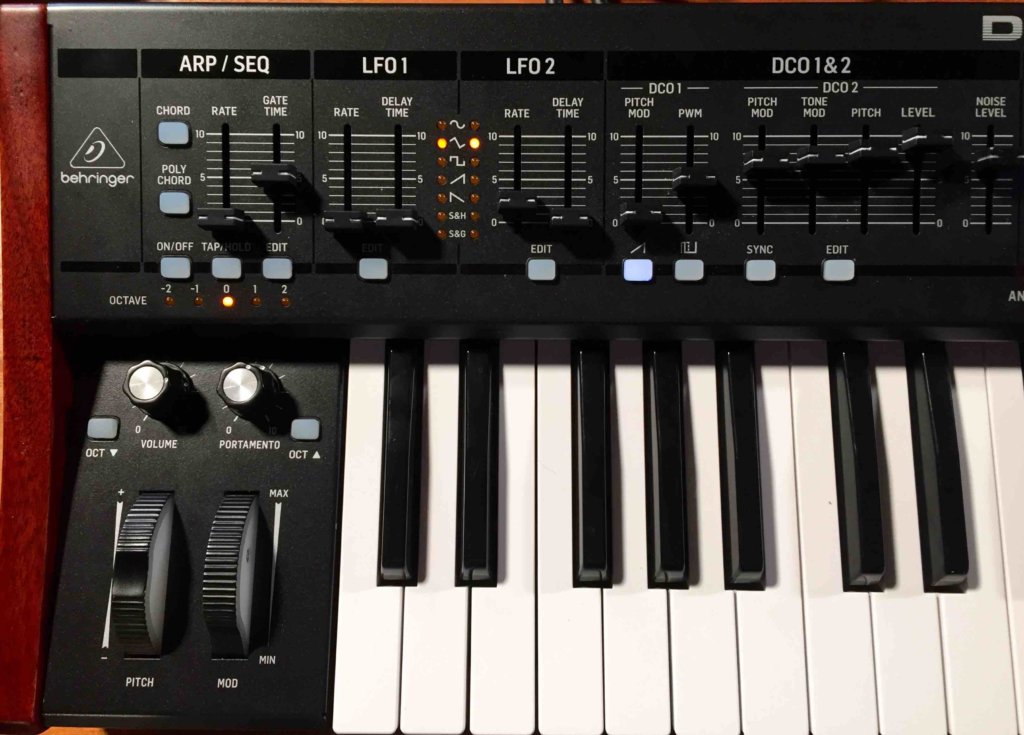 It’s a proper performance synth, with portamento, wheels and more!

So from left to right, there are controls for the inbuilt sequencer/arpeggiator, two LFOs with a whopping seven waveform options, two DCOs per voice, offering Saw and Pulse variable Square wave, along with noise. There is a beautifully crisp LCD display, right in the centre, with a data entry pot and fader, with a ‘Poly Unison Detune’ fader, nestling to the right. Moving on to the VCF, the ubiquitous cut off and resonance are present, along with the modulation controls for the filter. There’s a High Pass filter too, and a VCA control, to allow for programming of volume within a patch, and finally, there is an ADSR envelope, to the power of three, thanks to the illuminated buttons below. 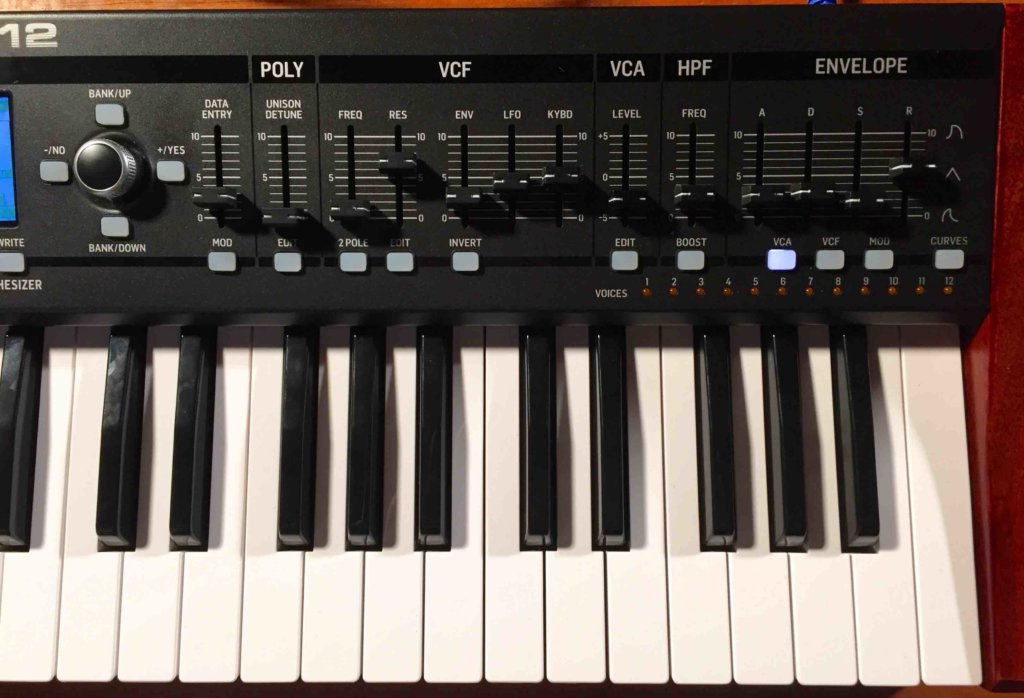 So it tugs its forelock very firmly in the direction of the Juno, with beautiful reverence, but what of the sound? Well, I spent a fair bit of time with it at the Leeds meet and am happy to report that it sounds very good indeed. The oscillators offer a Japanese quality of sound, which is pure and tight. It doesn’t sound bloated like it’s American Cousins, but crisp. Reaching for the filter, and pushing some resonance into play, it shrieked and howled like a 101 in the hands of William Orbit. The envelopes, of which there are essentially three, are fast and efficient, with a beautiful release time that’s just enough to not leave you wanting more. Generally, the whole synth feels quick to react, which is just as well when you consider the temptation of the control panel. The top end sounds bright and characterful, while the bottom end is weighty, but not bloated, again with a nod to its inspirational roots.

What really brings this synth into sharp focus, is the use of the arpeggiator and sequencer, coupled with the large amount of polyphony. It sounds huge, and with all those oscillators dancing around, a smidgen of detuning is all that you need to transport you to a place where you might have been an excited teenager again. Just think for a moment how twenty-four analogue oscillators sound, with a bit of detuning. Ram the detuning all the way home, and you’re in Super-Saw heaven, which keeps the Deep Mind 12 bang up to date. 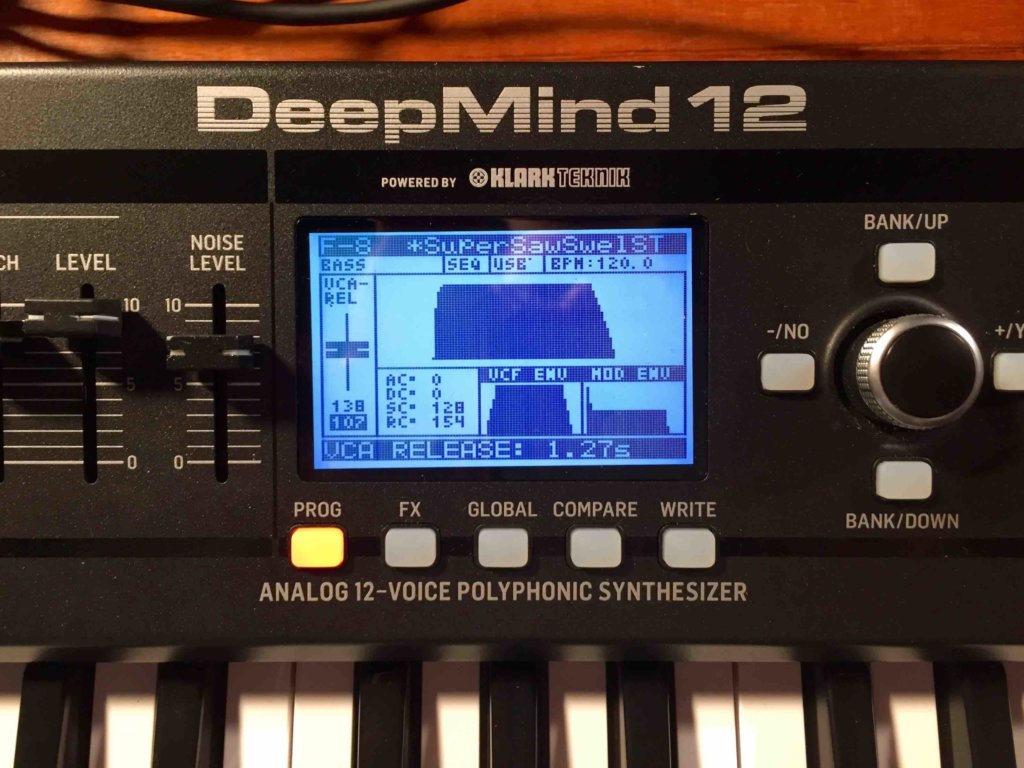 Everything you need to know about is mirrored, as you tweak, on the beautifully crisp display.

Add into the mix the extensive Effects section, LCD display, full MIDI/USB implementation and a price point which is rumoured to be south of £1000, and I think Behringer have a bit of a winner. It’s even got real wooden end cheeks!

Needless to say, we will be putting this synth though its paces in more detail very soon, but for now, it’s made a very marked impression. It’s a synth for players, and for people who want to play synths! I cannot wait to get hold of one and get lost in some arpeggiation!

The new issue of MusicTech is on sale next week! 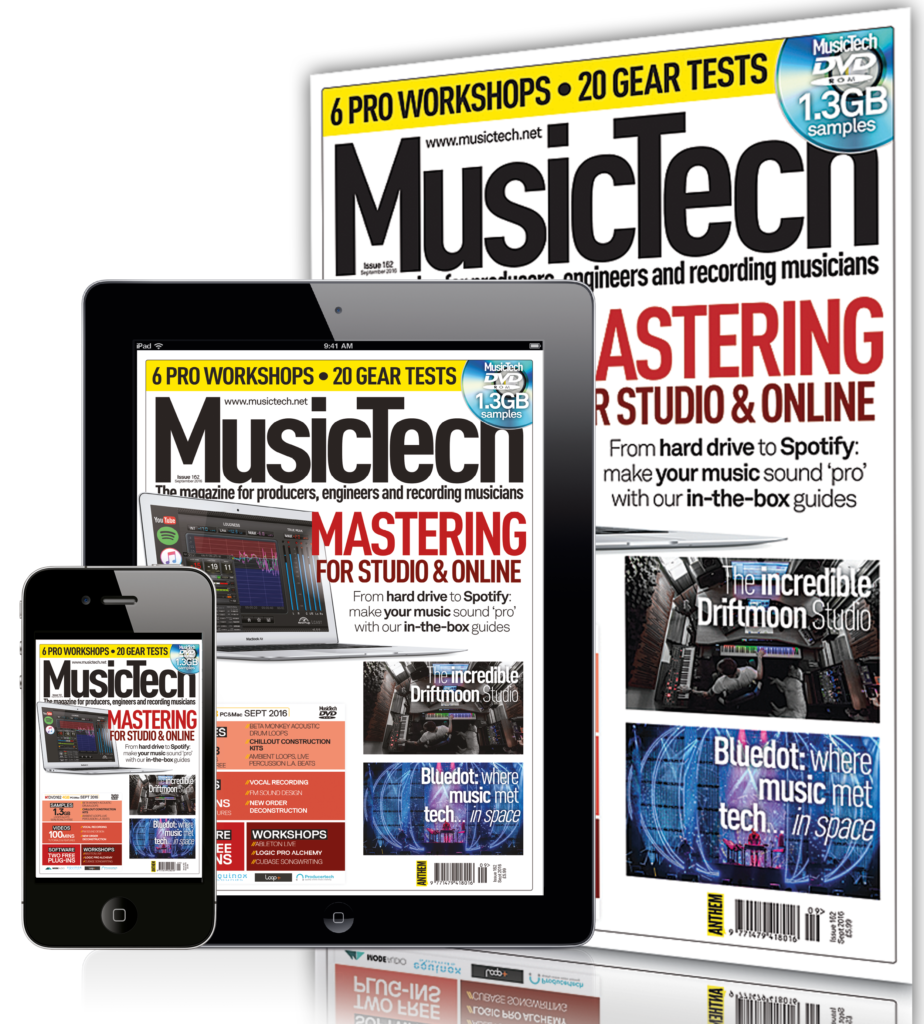