Neumann U 67 Review – Bringing the Legend Back to Life

The Neumann U 67 has been out of production since 1971, can Neumann bring it back to life? Mike Hillier goes in search of the elixir… Price £5,035 Contact Sennheiser | www.neumann.com U 67 key features: Large diaphragm valve condenser microphone Omni, cardioid and figure-of-eight pickup patterns EF86 valve BV12 output transformer New NU 67 […]

The Neumann U 67 has been out of production since 1971, can Neumann bring it back to life? Mike Hillier goes in search of the elixir… 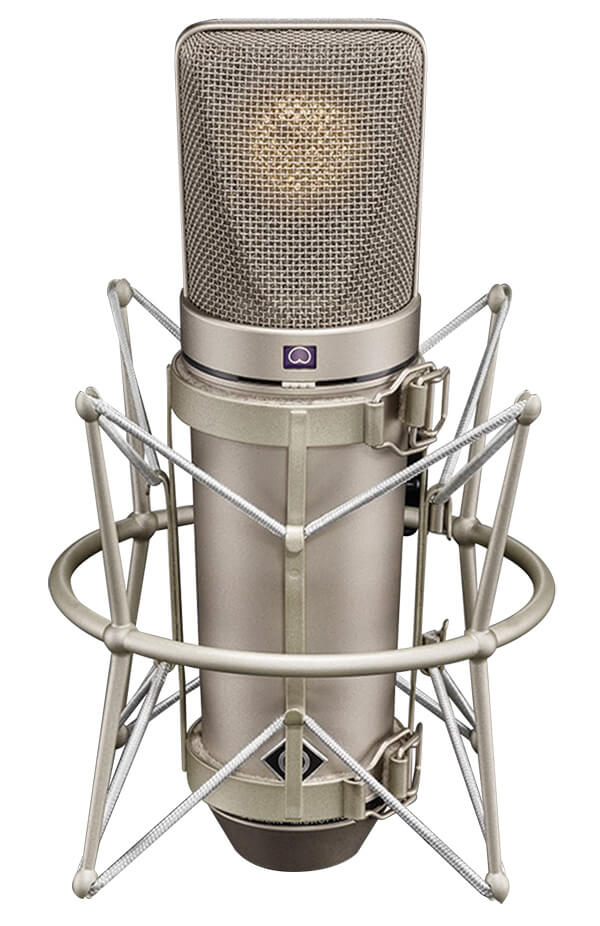 Designed in 1960 with the fairly lofty intention of replacing the revered U 47, the Neumann U 67 is for many (including this author) one of the greatest microphones ever made. The U 67 was designed with three polar patterns and a low-pass filter – a new feature at the time designed to accommodate for the new-fangled technique of close mic’ing. The K 67 capsule used on the U 67 would go on to be the centrepiece around which the U 87 was built and for many helped define the tone of Neumann mics.

Manufacturing of the U 67 ceased in 1971 (replaced by the U 87), and since then these vintage microphones have become real icons of recording: used by a plethora of hitmakers and defining the sound of countless universally loved records. No other microphone has been as copied as often as the U 67.

Nearly 50 years since it was discontinued, Neumann is re-issuing the U 67, using the same capsule and electronic design as the original microphone, hand-made and hand-soldered in Germany from archived schematics.

Power and the glory

The re-issued U 67 comes in a flight case with a power supply, shock mount and cable. Opening up the U 67 reveals an incredibly well-designed and well-made re-issue. It uses the same BV 12 output transformer as the U 47, coupled with an EF86 valve-based gain stage. Modern EF86 valves have a slightly higher current draw than old stock versions, requiring a redesigned power supply. 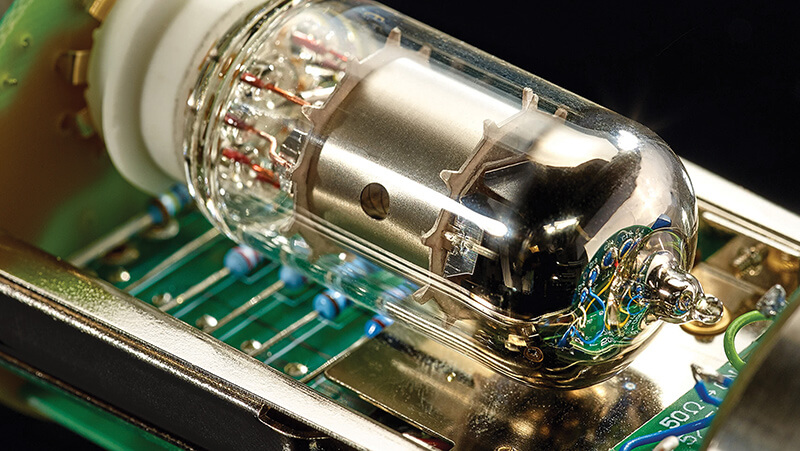 However, although the power supply has been redesigned, Neumann are keen to point out it remains a linear – not switched-mode – power supply, with a large toroidal transformer that follows the original design.

As well as a higher filament current capacity to deal with the modern valves, the new PSU has a voltage sensing circuit that automatically adapts to the local power source, whether 100-120V, or 220-240V, 50 or 60Hz.

In fact, the new design can be used to power the original mics, happily providing the lower current and fixed voltage where required. The supplied seven-pin UC 5 cable – which connects the power supply to the mic – is a 10m long cable, with a reassuringly sturdy feel, using double-helix braiding as the shield. 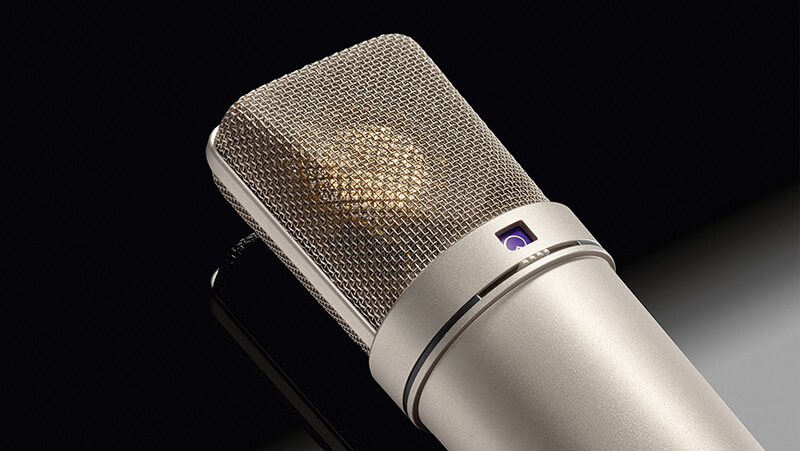 Let’s get one thing straight – the U 67 re-issue costs a LOT of money. It’s hard too to make an argument that anyone ’needs’ a £5,000 microphone. But it is a fact that, for some clients, just having that one luxury microphone is enough to bring them back to your studio time and again (and recoup the cost). If the Neumann U 67 isn’t that mic, then we really don’t know what is!

At Metropolis (where we took the new U 67) the studio is lucky enough to have two original U 67 microphones with which to compare the new one when it arrived, and once we’d managed to pry the microphone out of the hands of the other engineers in the studio – where it had been put to use almost immediately on lead vocals for a number of sessions, including a live-to-vinyl event – we were able to put the new microphone up against its elder siblings head to head.

Placing the two microphones as close as possible and running into two closely matched channels on the SSL 9000 K console, revealed a not-surprisingly very similar character. There were differences between the mics.

On acoustic guitar this revealed itself in a more pronounced low-end, around 150-200Hz, in the older mic, while the newer model had a smoother midrange, and an overall brighter sound – no doubt down to the age and natural deterioration of the capsule in the older mic. 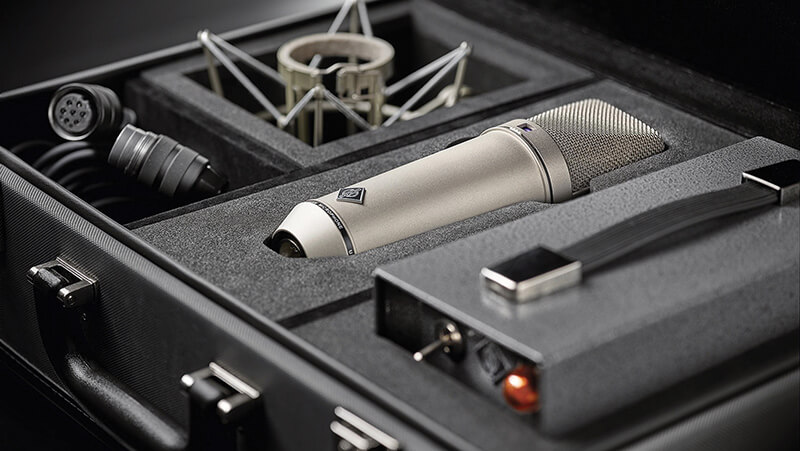 However, despite these differences, it was obvious that the two mics really had an incredibly similar overall sound. The re-issue mic really excelled at capturing the faster transients of a finger-picked guitar part, revealing the detail of the instrument, the movement of the fingers and the space and air around the instrument.

Switching over to electric guitar revealed a much more aggressive forward mid-range on the reissue – there was a little push at 4kHz that really helped to give the amp tone more bite without any additional fizz on the top-end.

At the bottom-end the slight boost we had heard on the acoustic wasn’t as obvious, but the re-issue really excelled at reaching down and capturing the grunt at the bottom of the amp tone, with more accuracy than the vintage model. The valve grit is evident in both microphones, rounding out the tone of our Gibson guitar with an ever so slight touch of compression, and producing something larger than life in the recorded signal.

And shine it does. On vocals, the re-issue U 67 is absolutely glorious. The air around the high frequencies glistens when compared with the vintage mic. The valve warmth again helping to produce a bigger, bolder signal, with plenty of depth, richness and clarity.

The U 67 is an incredibly versatile microphone, suiting everything from guitar and voice, to bass guitar, piano, drum overheads, and even orchestral instruments such as woodwinds or brass. This versatility has been one of the reasons for the microphone’s success.

With vintage U 67’s in excellent condition regularly fetching between £8,000 and £10,000, it could be considered something of a steal getting a new mic at half that price. Not only can you be pretty sure that, well looked after, the U 67 will last the test of time like the original models have, there’s a very good chance it won’t lose any value over the years as you make use of it, making the U 67 an impressive investment – if your studio budget can stretch to it.

The Chandler REDD combines a glorious microphone with a built-in REDD.47 mic preamp. Like the U 67 the REDD is a luxury microphone, which will sound incredible on whatever you place it in front of.

This mic was developed to accurately match the original response of a Neumann U 67, while offering a nine-position polar pattern switch. It might not fool perfectionists, but there are very few who could tell the difference on a finished mix. It’s also considerably cheaper.