A bit of creative saturation can juice up any track, and it doesn’t have to cost the earth. Hollin Jones warms to MAmp… Details Price  €39 Distributor MeldaProduction Contact Via website Web www.meldaproduction.com Minimum System Requirements Windows XP or higher OS X 10.5 or higher Amazon.co.uk Widgets Unless you’re a guitarist you probably don’t have […] 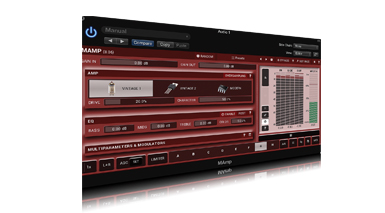 A bit of creative saturation can juice up any track, and it doesn’t have to cost the earth. Hollin Jones warms to MAmp… 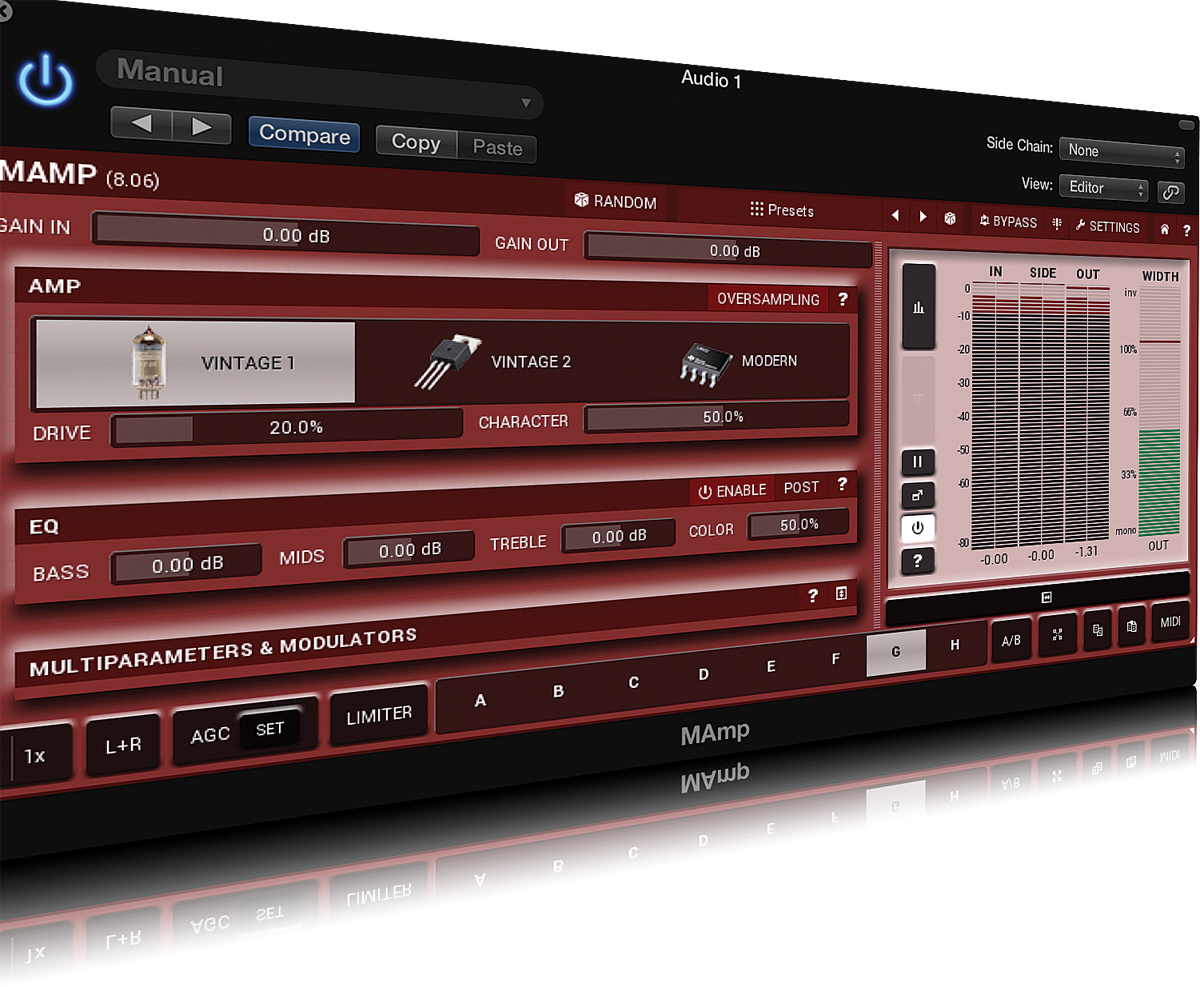 Unless you’re a guitarist you probably don’t have a ton of real amps hanging about the place, but the effect of saturating sound is one that’s useful in all kinds of music productions. Most people turn to amp simulation for everything from gentle warming and colouration through to heavy crunch.

It’s not just for guitars, either: vocals, drums, synths and loops can all benefit from some warming up. One of the latest plug-ins to join Melda’s ever-expanding lineup is MAmp, a vintage amp simulator for everything from soft saturation to creative distortion.

What Is It?
MAmp uses the distortion algorithm from MVintageRotary, one of Melda’s other processors, and is inspired by vintage analogue components. If you are familiar with the company’s products you may recognise that what it does is build many of its effects around a core framework.

Hence although the process of using amp simulation is not especially complex you get a bunch of other features in the plug-in that are common to the rest of the range. These extend from under-the-hood stuff to an online preset exchange, metering and MIDI learn implemented across the whole family of effects.

Fire up MAmp and you’ll probably want to start with a preset. There are some good ones supplied and you can hook into the online preset exchange to upload and download more. At the top is a gain in and out section, and under this, an amp panel where you can choose from two vintage or one modern model, and for each you can set drive and character parameters. Moving down, there’s EQ section bass, mids, treble and colour sliders.

Under this is the multiparameter and modulator section. If you click on one of the two multiparameters you can open a much larger window where it’s possible to make very detailed settings for any available parameter and then assign it to one of the other parameters in the plug-in. The two modulators behave in a similar way, with an expansive edit window enabling access to several parameters such as Follower, Envelope and Pitch.

Back in the main view you can again quickly assign these to controls within the effect with a couple of clicks. There are eight effect slots per instance of MAmp and an A/B button for comparing treatments. Randomisation is featured throughout the interface and the edit sections, and you can click the randomise button in various places to introduce completely new settings.

This is perhaps most useful in the main toolbar, as clicking it here will create a completely new preset together with animation provided by the modulators. 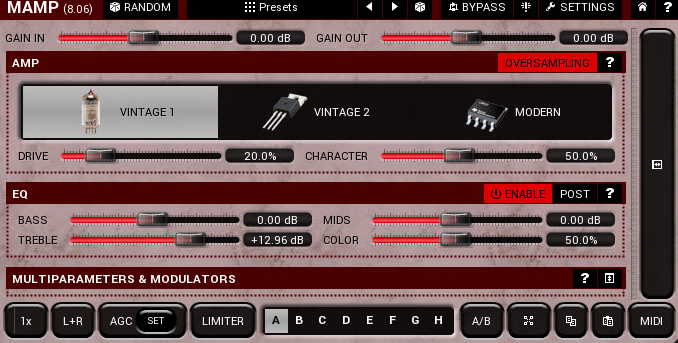 MAmp can work in mid/side, single channel, stereo or up to eight-channel surround modes and has upsampling from 1-16x. There’s also automatic gain compensation and a limiter to stop your overdriven signal clipping.

The whole interface is also customisable and can be tweaked and altered to suit your tastes. These really are like mini-apps compared to a lot of plug-ins and there’s extensive help, links to updates and other online content and more available in the Settings menu that lives in the top right-hand corner of the effect window.

At its heart, MAmp is a great amp simulator that’s capable of adding grit, warmth and dirt to anything you run through it. Despite the advanced features you can use it in a very straightforward way if you choose, simply dialling in some amp to the signal.

Like a lot of Melda’s plug-ins it probably goes a bit above and beyond what most people would expect, especially of an amp sim. There’s a great deal of depth to the modulator and multiparameter sections, and if you want to you can get into lots of detail animating and programming sounds. 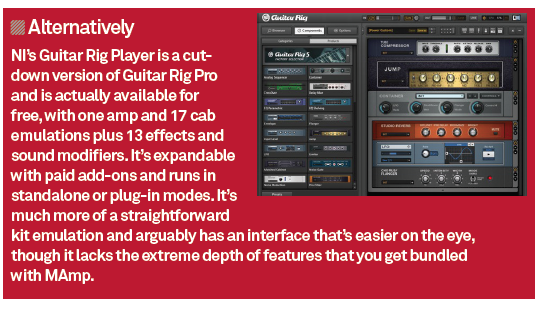 In an effect priced this competitively, that’s unusual. It’s not really trying to do what some other amp sims do – i.e., to have a lot of recognisable pictures of real amps – but rather give you a more scientific approach to amp simulation and saturation.

The end results can be much the same, it’s just that with MAmp you may find the interface a bit more clinical. That doesn’t hinder you, though, and ultimately this is a great amp simulator with a variety of uses. 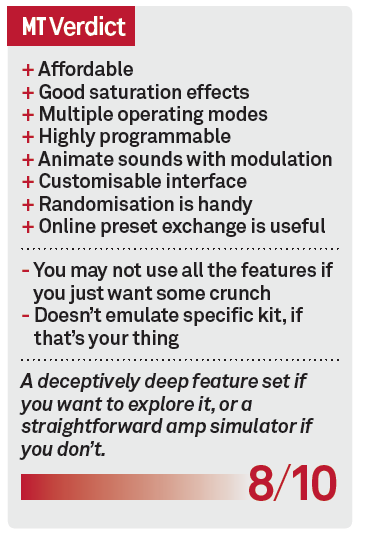