In this review we take a look at another of Editors Keys’ customised keyboards for DAW interaction. This time it’s their Logic Backlit Keyboard… Manufacturer Editors Keys Price £99.95 Contact via website Web  www.editorskeys.com Our Live expert Martin Delaney reviewed the Live version of the Editors Keys Backlit Keyboard with mixed conclusions: a good idea in principle, but […] 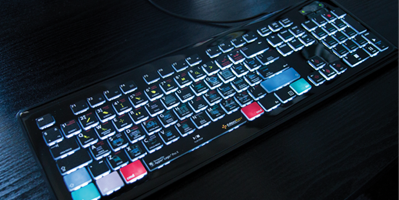 In this review we take a look at another of Editors Keys’ customised keyboards for DAW interaction. This time it’s their Logic Backlit Keyboard… 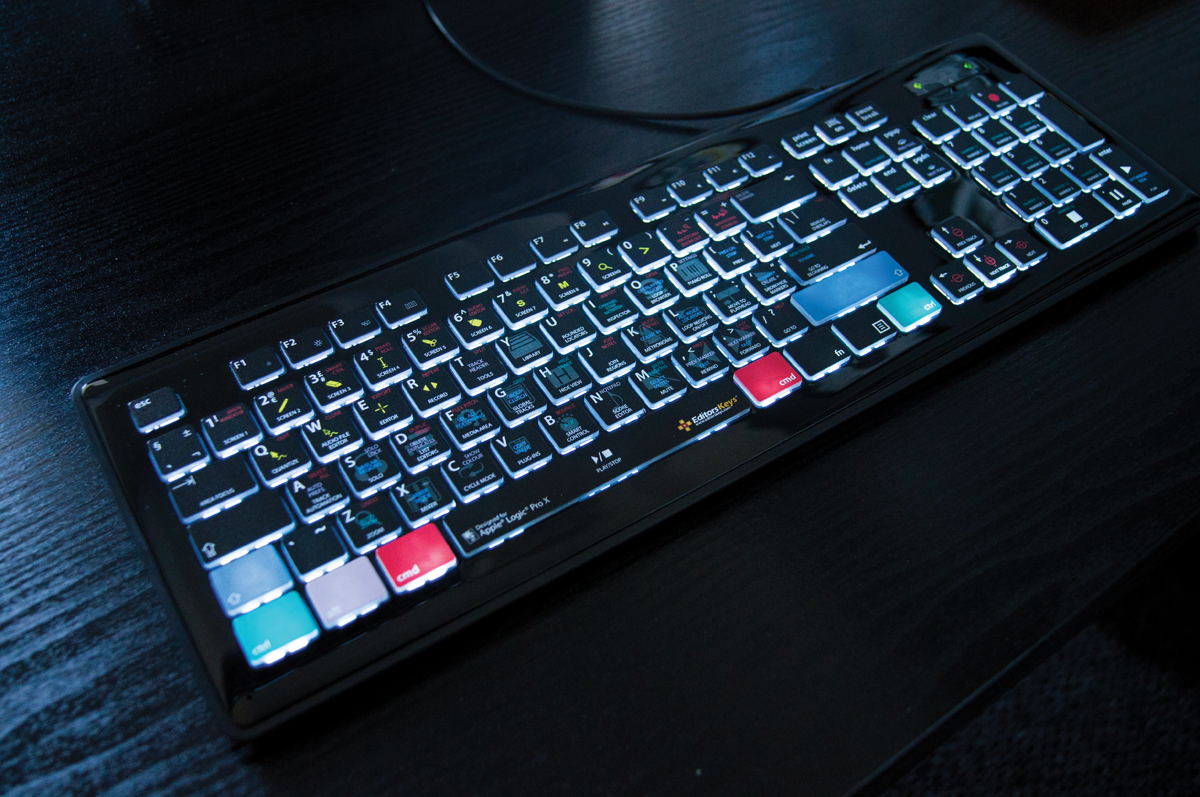 Our Live expert Martin Delaney reviewed the Live version of the Editors Keys Backlit Keyboard with mixed conclusions: a good idea in principle, but said that Live is simple enough not to require so much help and extra flashing lights.

Now, though, we’re talking about Logic, which is a tad more complex. We’re also talking about a reviewer – the editor of this magazine – who is drawn in by lights and has fading eyesight, so it would seem that this Logic version of the Editors Keys Backlit keyboard might well fare better…

First up we do like the look of the thing. Music gear is going through a huge shift in terms of its looks and appeal at the moment, with companies realising that people want to look as if they make music rather than being for writing emails, so this fits very nicely into that new ethos, and it’s another part of your studio that has become brightly lit and colourful after all those racks and synths.

Getting it up and running was also pretty easy: just download a couple of applications from the website; not even a restart is required. We were up and running and the advantages soon become clear, especially if, like me, you don’t like your studio brightly lit.

In this case, the keyboard is genius; I was zooming around the screen, opening screensets and using a lot more features than I normally would in the software, which has to be a good thing, right?

Coloured keys (red for Cmnd, for example) are clear and everything is visible and easy to see. Caveats as ever, though. This thing definitely works best in the dark.

Great for me – I have a studio tan like a skeleton, but is that for you? Secondly, you will find yourself reaching for the mouse as much as ever, and I can’t help thinking that a nice flashy mouse with extras would complement the package. Otherwise, it’s yet another better way of controlling Logic while we (OK, I) wait for Apple to finally do the touchscreen version… 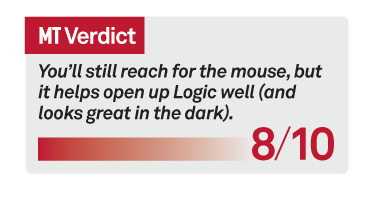 Key Features
● Full size backlit keyboard specifically for Apple Logic (Live one reviewed – other software title keyboards are available)
● Plug and play (via two download apps)
● USB powered and lit
● Back lighting is optional (you can switch it off!)