Mobile sound quality might have just taken a significant leap forward. Hollin Jones puts Korg’s Module for iPad through its paces… Details Price £27.99 Distributor Korg / App Store Contact Via website Web www.korg.co.uk Korg has produced some notable iOS apps, starting with re-creations of some of its classic synths, and more recently making something […] 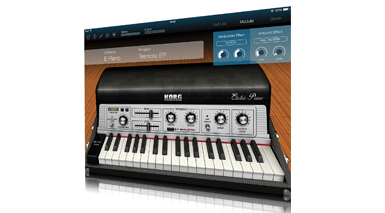 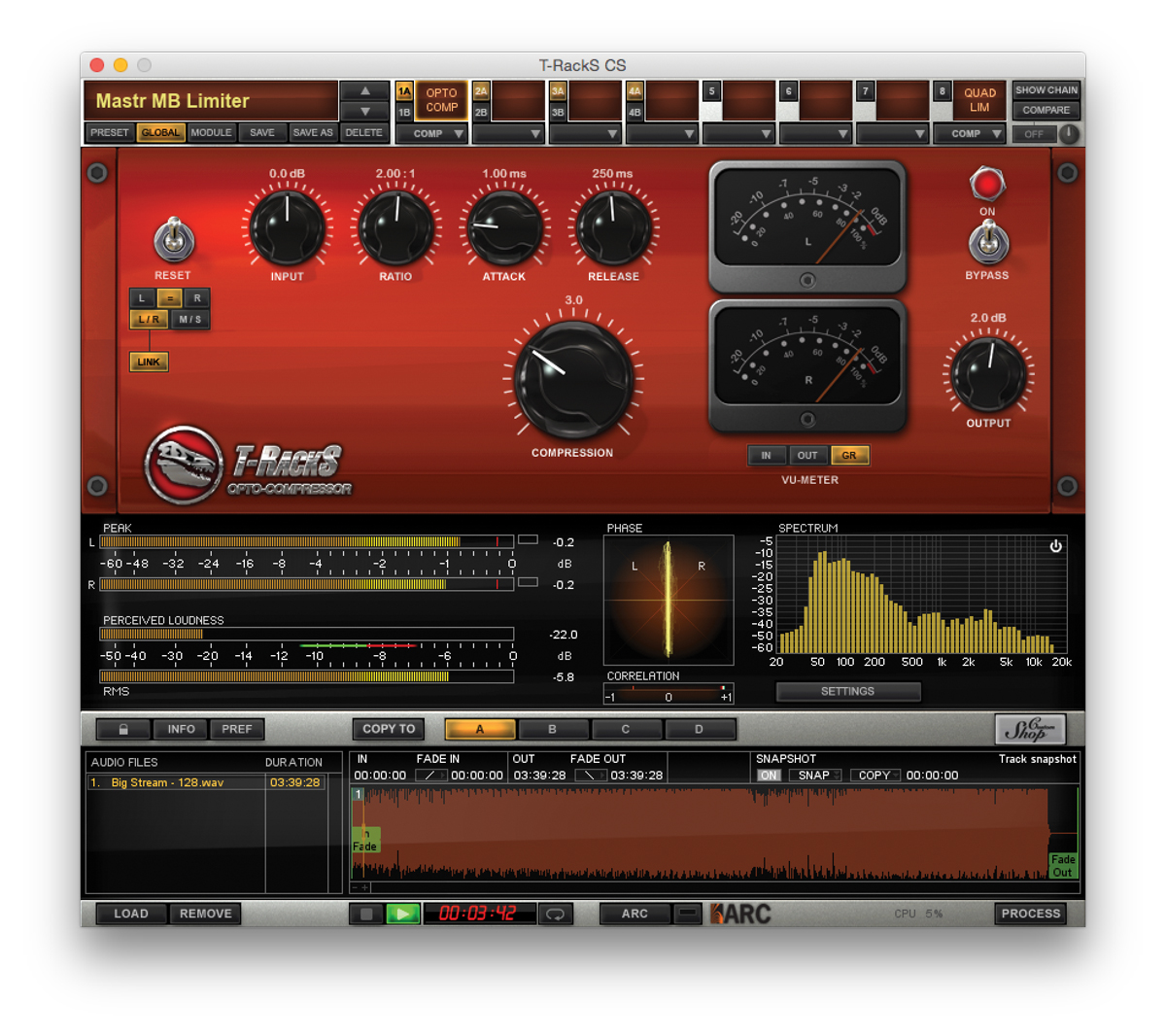 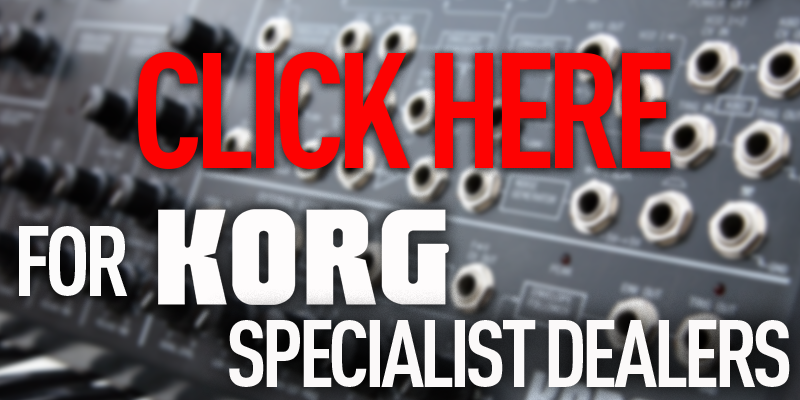 Korg has produced some notable iOS apps, starting with re-creations of some of its classic synths, and more recently making something completely new with Gadget, a MIDI sequencing app with multiple synths built in.

Its latest is Module, a 1GB app that provides more conventional sounds. In fact you can see from the design that what the developer is going for here is mostly ‘real’ instruments. There are 100 presets split over five ‘engines’: acoustic piano, electric piano, organ, clavi, and ‘multi’ which covers strings, brass and synth sounds.

Under the Hood
Any device that will run iOS 8.1 is supported, so that means every iPad except the first model. Korg recommends using as new a model as possible and quotes some polyphony figures for different iPads. This ranges from 72 voices on the newest iPad Air 2 down to 32 on the iPad 2.

As ever, the more you want to ask of an app like this the more advisable it is to run the newest iPad possible. If you’re taking it on stage or want to weave it into a GarageBand project, you’ll be a lot safer from potential glitches on an iPad Air than an iPad 2.

Module is playable using its onscreen keys but you’ll really want to hook up a MIDI keyboard, either over Bluetooth or USB. As usual this involves a Camera Connection Kit to convert USB to 30-pin or Lightning format, or you can use a specialised device such as IK Multimedia’s iRig Keys.

Korg makes a good range of small USB keyboards of its own but they don’t come with cables to connect directly to an iPad. If you’re using an iPad dock you will get around this issue and also that of audio out: Module’s excellent sound quality really benefits from proper audio out and not just headphones. Yet another solution is to use one of the increasing number of audio and MIDI interfaces with iOS compatibility and kill two birds with one stone.

Working with Module is really quite straightforward. Pick a sound from the Category/Program list and then play it. Preset phrases are available to preview sounds and the different instruments have their own tweakable controls. There’s EQ and damper for pianos; drive, Leslie and vibrato for organs; filters and resonance for synths; and tremolo and drive for electric pianos, amongst others.

The graphics are gorgeous and the controls responsive to your touch, making it easy to change and save patches. Each patch also has access to two master effect slots. ‘Ambient’ has a selection of reverbs and delays and ‘modulation’ lets you choose from a good selection of drives, EQs, phasers, filters and more. A user-definable velocity curve also helps tailor the response to your playing style. Open the Set List section and you can store multiple setups and flip between them. You can also enter text notes here, as well as importing

PDFs, photos and even taking pictures of things such as scores to view as you play along. At the base, a music player gives you access to your iTunes library and tracks can be slowed down to various speeds to make practicing along easier. 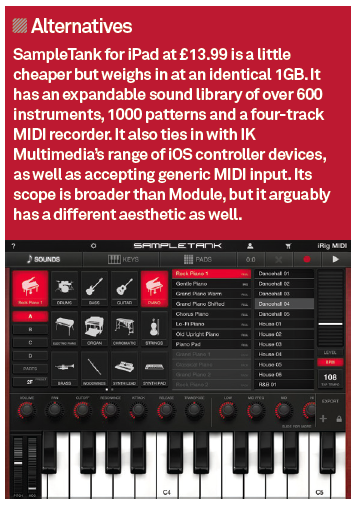 It’s nice to see this functionality available in a keyboard app, since guitarists have had it for ages in apps such as AmpliTube. A MIDI file player is also available and you can record your performances as audio and then share them straight to SoundCloud, Dropbox or via email. Audiobus and Inter-App Audio are also supported so you can trigger Module from other apps and route its sounds around the place, opening up your iPad as a more complete performance environment.

Interestingly, if you also have Korg’s Gadget app the instruments from Module will be available there too when both are installed. A couple of add-ons are available for purchase including a 1GB Synthogy piano model, and we’d expect to see much more content appear in future.

Go Modular?
Module is a well-designed and excellent-sounding collection of instruments that doesn’t make any concessions in terms of audio quality just because it’s on iPad. Think of it as an alternative to buying an equivalent sample-based instrument for your computer and suddenly it seems like pretty good value.

You’ll want to connect it to some decent audio outputs to really hear the difference, but this is definitely one of the best-sounding iPad instruments currently out there. 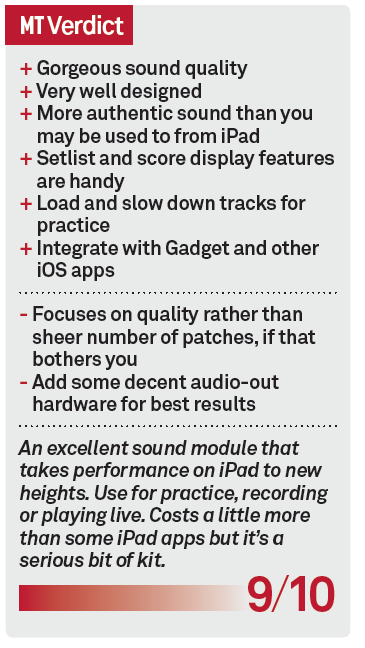