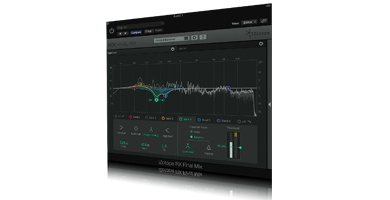 Ever struggled to hear dialogue in a blockbuster movie? Hollin Jones finds out if iZotope’s RX Final Mix might have the answer… 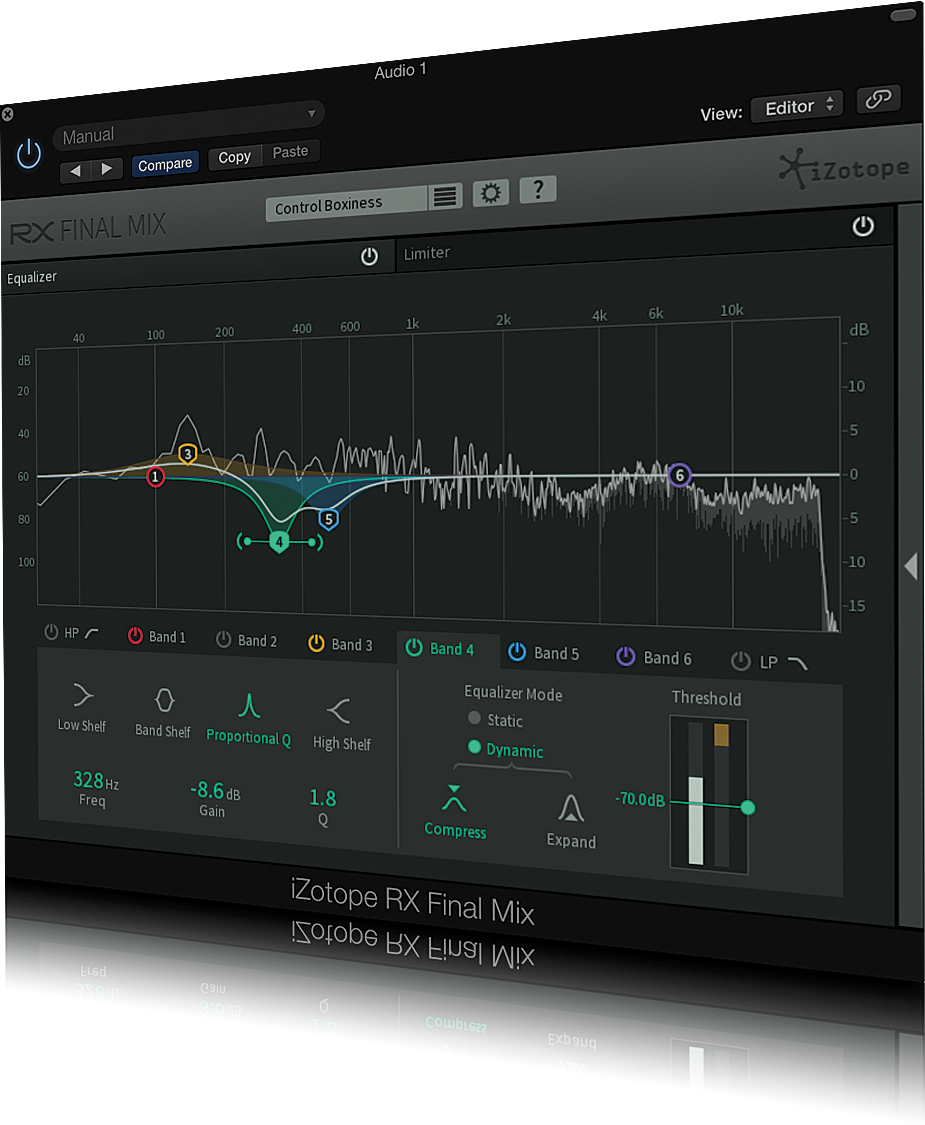 iZotope’s reputation for making great audio mastering software is well deserved, but the company also makes the RX series of processors, that are tailored more towards audio post production. Anyone working on sound for TV, film or radio has a similar but distinct set of requirements to musicians.

You may be working with fewer tracks of audio, but you’re still mixing to a medium. Audio post also incorporates elements that musicians rarely have to deal with, such as location sound, different voiceovers and Foley effects.

RX Final Mix is the newest member of the RX family, and is aimed at helping producers achieve a better balance of tracks when working with the kinds of diverse sounds you find in the audio post world. Typically, the mixers in non-linear editors (NLEs), such as Premiere, Final Cut Pro or Avid, are good but not as detailed or comprehensive as those in a DAW.

For serious projects, the audio side is often handled separately by a sound mixing specialist, and although Final Mix is certainly targeted at those people, it could well make things much easier to deal with in any NLE that supports plug-ins, potentially removing the need to hive off the sound to a separate facility.

Mix It Up
Running as a plug-in in all major formats means it can be loaded into any application that supports plug-ins, which covers a lot of ground. The idea is that you insert it onto individual busses and call up and tweak a preset according to the particular problem you are facing.

A common example might be that dialogue sounds boxy and is being lost amongst the effects and music tracks. This can be a problem even in big movies, where clarity sometimes feels as if it has been sacrificed in favour of sheer volume of explosions.

The plug-in has two main sections: dynamic EQ and a limiter. Of course, you can load up an EQ and a limiter from your own collection, but the emphasis here is on speed of workflow and the fact that the presets are specially tailored to common audio post tasks rather than mixing music.

The EQ has the ballistics of a compressor, meaning that each of its eight available nodes, as well as having shelf and Q controls, can be made to work either in static or dynamic mode. In dynamic mode, the shape and depth of the EQ curve will change based on the signal it is receiving at any given time. 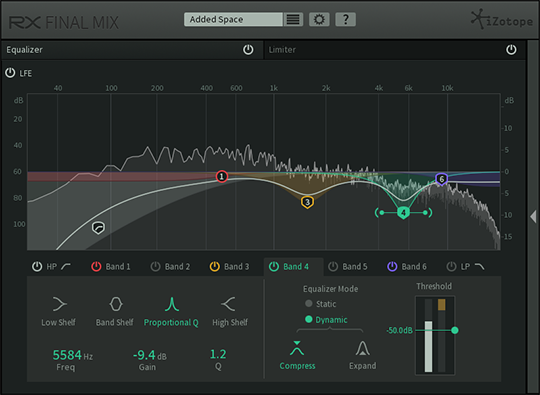 This means you don’t have just a single EQ curve for a whole stem, where requirements might change over time, but rather a continually adapting one. There’s a user-definable threshold setting that controls the point at which the EQ node goes from static to dynamic, so you can tune it to suit any source material.

To The Limit
The limiter has clear, smooth or thick characters, and allows intelligent loudness maximisation while staying within industry-standard regulations to ensure no True Peak overloads.

Essentially, this means you can get a nice loud signal without worrying that your sound is going to be too hot for broadcast. The plug-in offers up to 7.1 surround support with control over LFE channel processing, so working in surround is not a problem.

Probably the best way to work with RX Final Mix is by inserting an instance on each stem inside a project: music, ambience, Foley, dialogue and so on; then calling up one of the handy presets and making tweaks.

It’s easy to fairly dramatically improve the clarity of dialogue, carve out space for music in amongst the location sound and so on. This is possible by using other plug-ins, but takes far longer to get right. 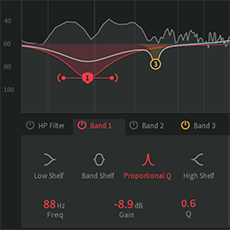 Final Analysis
It’s also possible to use the plug-in on your master buss, though if you have the option of stems, that’s a better idea, since you retain more control. In situations where you have only a mixdown to work with, where your elements are already blended together, it’s still able to do a good job of identifying and sharpening up the clarity of elements within the mix.

Revisiting long-finished video projects, we found it was possible to improve intelligibility of speech in a stereo mixdown without adversely affecting backing music and other elements.

Certainly, this is a plug-in that will be used on projects from now on before delivery. Final Mix RX is relatively niche, but will be invaluable to audio post producers.

Enabling you to use the relatively basic audio mixer of an NLE in much more powerful ways, it is likely to speed up your workflow, and will help you create audio mixes that are clearer, refined and more professional. 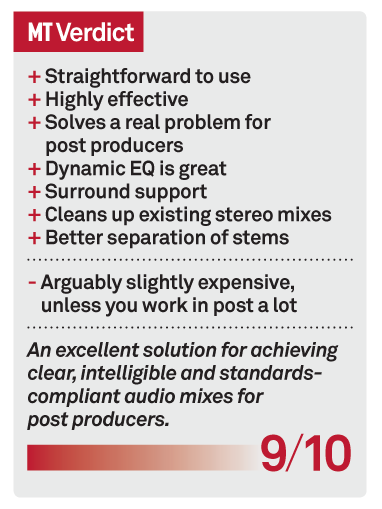