Is this the missing link needed to hook up your portable and studio endeavours? Andy Jones finds out… Details Price £169 Contact +44 1494 462246 uk.focusrite.com Of course the iPad has, since its release, become a must-have device for so many reasons, not least music making. The last few NAMM shows we’ve attended (that’s the US-based music […] 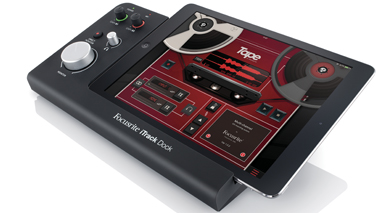 Is this the missing link needed to hook up your portable and studio endeavours? Andy Jones finds out… 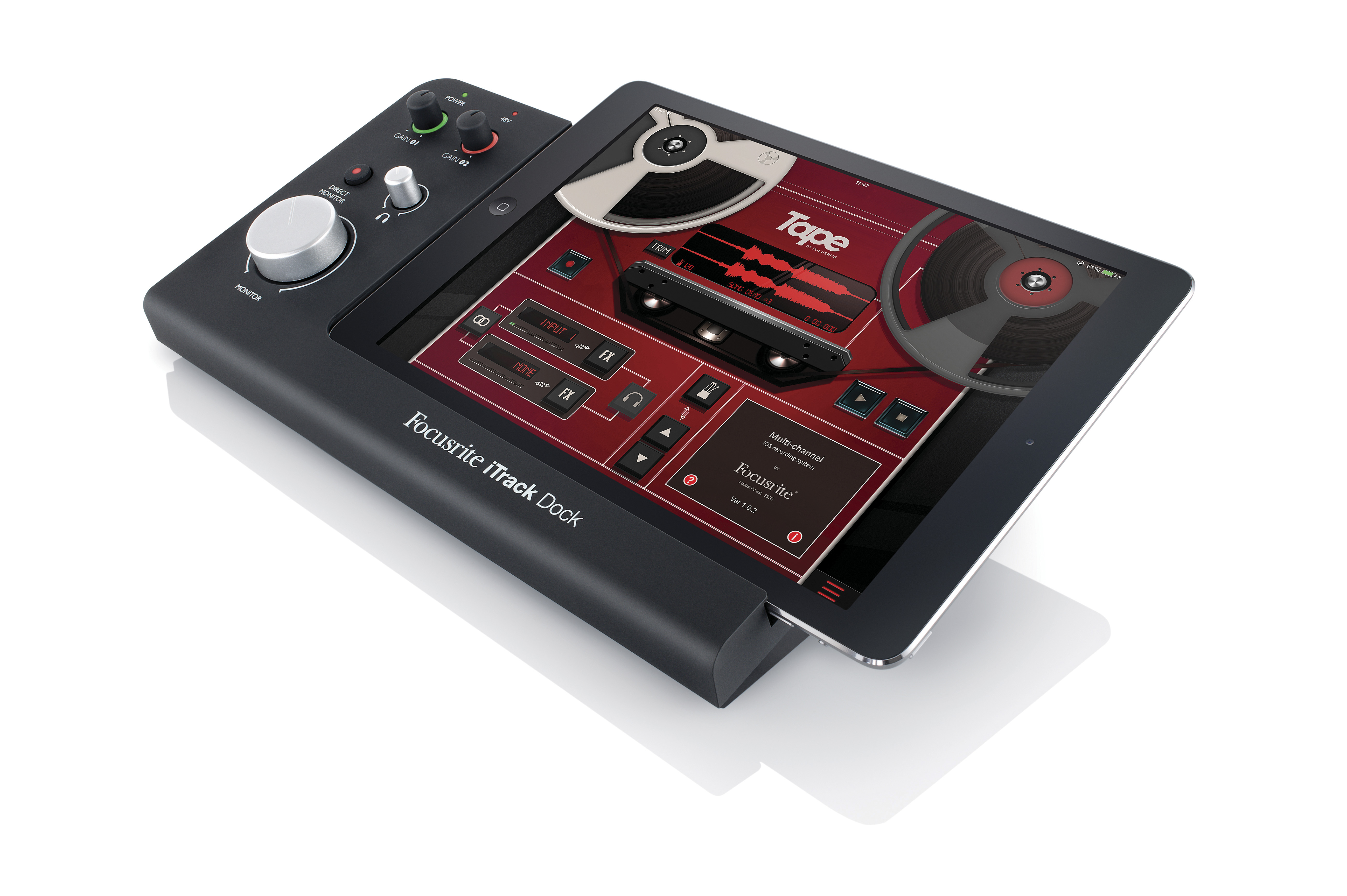 Of course the iPad has, since its release, become a must-have device for so many reasons, not least music making. The last few NAMM shows we’ve attended (that’s the US-based music gear show where new releases are announced annually) have resembled Apple Expos where equipment manufacturers have fallen over each other to get on the iPad bandwagon, with interfaces, add-ons, controllers and more. And, of course, there are all sorts of apps out there to create, record, mix and master songs.

But, for whatever reason, we’re not getting a huge number of requests to cover more iPad gear, nor are we sent much music made using an iPad. If anything people seem to be using traditional desktop set-ups more than ever, with iPads perhaps taking the duties of scratchpad, idea generators. (Perhaps we’re wrong, so if you do make music on an iPad, please send it in via the Send Us Your Tunes process at MusicTech.net and, as always, let us know what you want us to cover!)

But devices like Focusrite’s new iTrack Dock might make us all think again. It’s essentially a pro audio interface designed to turn your iPad into the central hub of a ‘proper’ music studio so you can boot up those DAW apps (all are supported), play instruments into them, record and play the results out properly through your studio monitors. 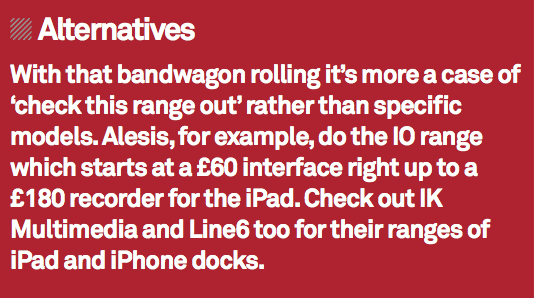 The first thing to report is that this is a lightweight interface: good for pairing with a somewhat heavier iPad to keep the overall weight combination to a minimum. The unit is only powered externally so can in no way be considered a mobile option. This might be disappointing if you’d ever considered the iPad as your ‘do music anywhere’ device but iTrack Dock has clearly been designed for studio use, not mobile – you get your ideas down anywhere and use iTrack Dock to transfer them or hear them properly.

If you, like me, have a nice protective case for your iPad you will have to remove it to fit the iPad into the dock. Focusrite really couldn’t have designed iTrack to negate this issue as it would have meant looking at every protective case on the market.

A bigger niggle is the angle of the unit. I’d have definitely preferred an adjustable angle to take it anywhere from flat against your desktop to a full-on 60°+ so that the iPad is right there in front of you, almost upright – a missed trick, I think. The angle it is set at will suit most, for sure, but my iPad did once flip to its ‘vertical’ orientation and require me to lift the angle up to reset it to the correct ‘horizontal’.

In use the iTrack Dock is excellent, though. Your sounds from those many musical apps you’ve been meaning to get around to using simply come alive when played through proper speakers, and iTrack Dock is the perfect way to get them there. Similarly, playing instruments into an app like Cubasis has, for me in the past, been a case of playing into the iPad mic. Now, plug in, play and sing for much better results.

Front panel controls make level adjustment easy and the whole experience feel more ‘pro’ and so much better than simply using the iPad touch interface. Indeed, it did make me think that while we all wondered at the glory of touch technology back when it first appeared, actually having a real knob to turn is better – will we ever be happy?!

So iTrack Dock will please a lot of musicians and recordists. The former will love to just plug in and access excellent recording apps like Auria (not supplied but one of the best recording apps out there), or the free Tape, a neat app made by Focusrite that resembles an old-school reel-to-reel but quickly enables you to get good recordings into your device. And if you own any sequencer like Cubasis or GarageBand, you will love hearing your compositions in your studio quickly and easily.

Personally I might use it for all the above and also simply as a synth audio interface for the many synth apps that I have. OK, it’s probably not one of the main reasons Focusrite would have you use it for but it shows that the iTrack Dock can certainly integrate easily, however you wish to use it. And, few niggles aside, it should bring your iOS and studio lives closer together. 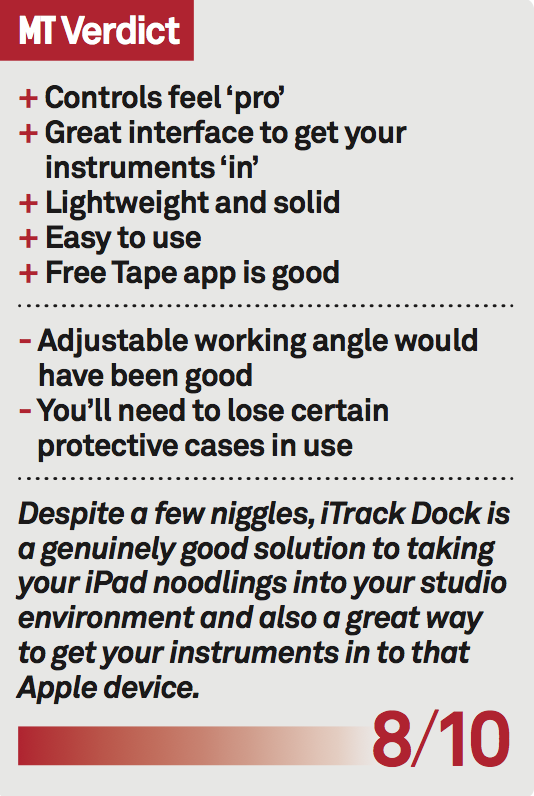