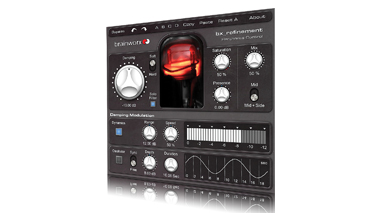 As the name suggests, the order of the day here is subtle polishing and embellishment. Alex Holmes gets buffing… 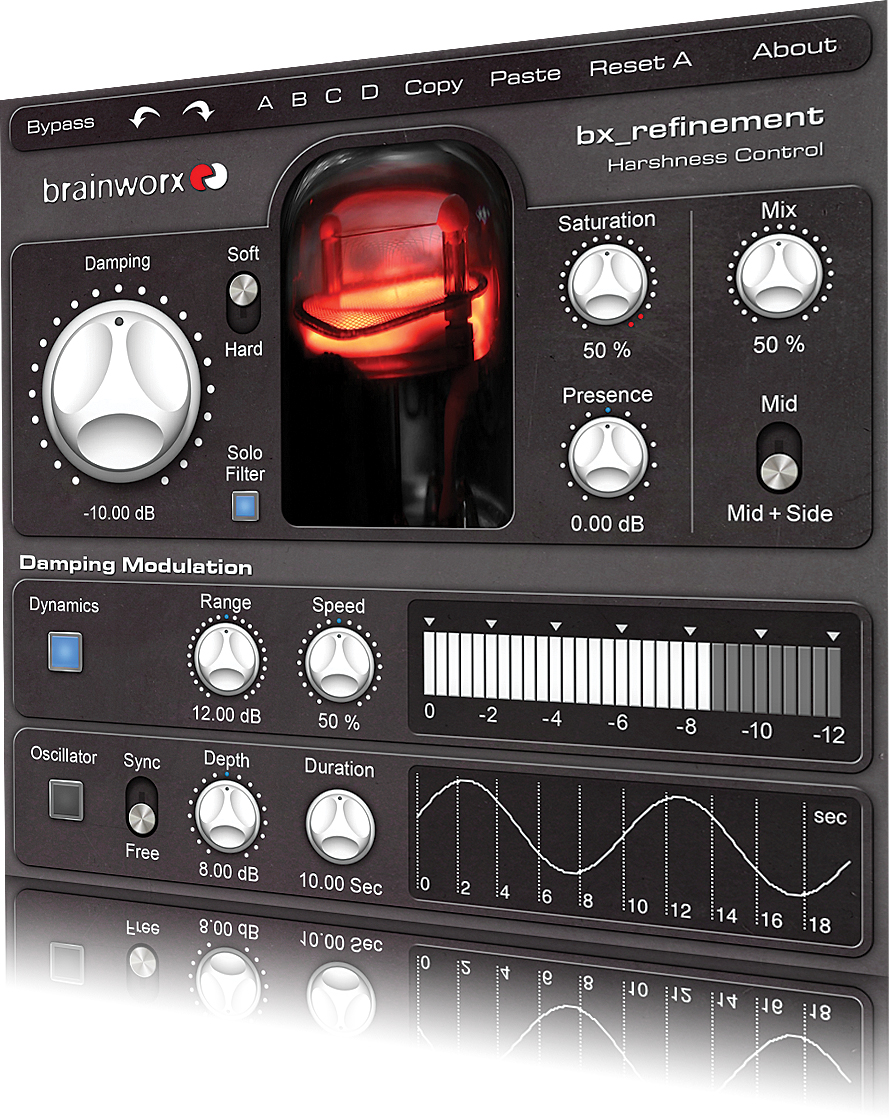 A lot of the time we talk about how to make tracks and mixes sound warmer and how to add the analogue vibe that makes things nicer to listen to. This is often achieved through stacking up various processors such as vintage EQs and compressors, carefully modelled analogue desks, or tape and tube emulations.

However, bx_refinement from Brainworx takes a different approach: instead of trying to pile on the warmth it attempts to take out the aspects that make a mix sound harsh and aggressive, ultimately arriving at a similar, pleasant-sounding conclusion.

Damping Down
The processor comes in a variety of plug-in formats and can be loaded direct onto a channel or buss, or placed across the entire mix in the mastering chain. On a basic level it is essentially a filter with a fixed curve around the 3/4kHz area, with a large dial for turning up the damping, a soft and hard switch for changing the steepness of the curve, and a mix knob for balancing the dry and wet signals.

You also have a useful solo button, which lets you hear the region you’re attenuating, and a switch to choose whether you’re affecting the mid and the side channels or just the mid channel where most of the volume of the mix will likely reside (although which sounds better will depend largely on the source material).

Further controls at the bottom enable you to add modulation to the damping, either by adding dynamics to catch the louder peaks and turn it into a dynamic EQ, or by adding an LFO to create warming effects. The latter uses a sine wave to control the damping amount, which can be sync’d to tempo or left to run free, although in practice we found the dynamics modulation to be much more useful.

As a nice touch, the tube graphic in the middle of the GUI will light up in response to the damping you add, so you can get additional feedback from your modulation adjustments. Finally, to give an extra flavour there’s also a saturation algorithm for subtly bulking out the overall sound, and a presence dial that can add back in some air frequencies via a shelving filter.

At this point you may be asking yourself why a single plug-in with a fixed band and limited controls is commanding a $200 asking price. We’ve always been a little sceptical of magic fix-it plug-ins, so approached our testing with a degree of apprehension. 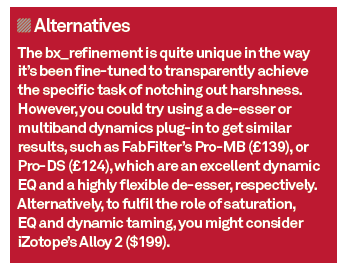 First, we tried loading up several finished mixes that we deemed well-balanced and polished, then we added an instance across the entire mix. Flicking through the presets gives an idea of the kind of softening effects that the plug-in is capable of, but we thought best to start subtly, dialling in around 50% damping with gentle dynamic control, a little saturation and presence, and a 60% wet/dry mix.

After listening to the track for a while and getting used to the sound, we hit the bypass button and were shocked by how boxy the midrange seemed in comparison. We tried several more mixes and each led us to the same conclusion: bx_refinement makes things sound better, very quickly and very easily. Therein lies the answer to the asking price: it’s a very specific tool, with settings that have been incredibly fine-tuned to give great results.

Care needs to be taken, of course, as overuse could result in a slightly dull and lifeless sound. We’d recommend this more for improving mixes that are already well balanced rather than mixing into it, which will likely add to confusion.

It’s hard to say if we’ll still be using this plug-in in six months’ time, as it’s highly possible that in slowly tuning our ears to the offending frequencies we may start to be more careful about adding them to our mixes in the first place. Even if this is the case, we’d still happily pay the price to learn the lesson and dramatically improve our tracks