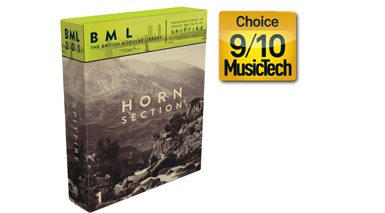 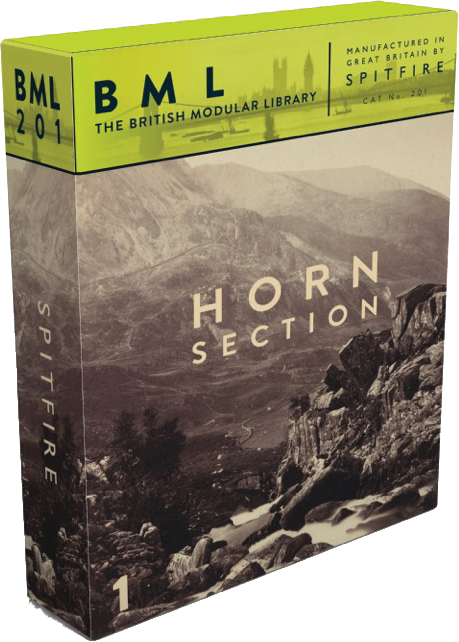 Spitfire Audio is perhaps best known for its excellent orchestral libraries, Albion 1 and 2, both of which are particularly suited to on-the-fly, sketchpad-style cinematic composition. The French horns in Albion 1, for example, are assigned to the high brass and play an octave below the trumpets, a common film-scoring technique. In Albion 2 they are combined with a euphonium. There are no dedicated horn patches in either library. However, as part of a new product range called the British Modular Library, Spitfire’s latest release, BML Horn Section Vol.1, provides composers with the means to compose detailed orchestral horn parts. Available as a download in incremental sections, a full version of Kontakt 4.2.4 or 5 is required to run it.

Although seven microphone positions plus mixed stereo and 5.1 surround versions are included, the initial download contains just the main mics (close, tree, ambient and outrigger). The others follow about three weeks later. Being large downloads, it’s done this way to avoid server overload.

Best of British
In keeping with the Spitfire philosophy, three top-class British players were recorded – two together (a2) and one solo. This allows larger sections to be built without smothering the individual detailed playing. For example, play two notes together using the a2 patch and you have four horns; three notes together and you have six horns, and so on. The same principle applies, of course, to the solo player.

Horn Section is a modular library and Vol.1 contains a selection of essential articulations. More are promised for Vol.2. That said, those on offer in the a2 patch are more than adequate for general day-to-day writing, including two types of legato (fingered and detache tongued), longs and shorts. The longs include stopped notes, where the player hand-mutes the bell – a truly beautiful, instantly recognisable sound.

Other useful goodies include Multi Tongue, Flutter, Major & Minor Trills, Rips & Falls, Bells Up Long, Quaver and Staccato. A set of special overlays are also included for loading alongside Albion that can be mixed in unison. The solo horn fares less well, having just five essential articulations. More will be included in Vol.2.

Thanks to a set of very well-implemented controls and microphone/mix positions, Horn Section is a delight to use, and just about any sound or playing style can be tweaked to taste very quickly. We particularly liked the slider for controlling legato transitions and the new Hall Trigger, which detects sudden dynamic reductions such as forte-piano and prevents the hall from disappearing along with the horns.

And there’s plenty for more advanced users, too. Articulation setups can be tailored to individual taste and switched using CC, Note, Velocity or MIDI. There’s also a brilliant Punch Cog feature for tweaking round-robin notes or simply punching them out.

Spitfire’s libraries just seem to get better with each release – and this superb horn library is no exception. The attention to detail is striking and the workflow is fast and intuitive, although sometimes impeded by the tiny graphical controls. Generally, though, the great thing about this library is that it allows you to get on with writing and playing with the minimum of fuss using beautifully recorded instruments 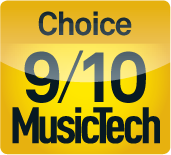