Looking for a vintage-style preamp that gives you authentic analogue sound without the frills? The B12A could be just the ticket, as John Pickford discovers Details Price £535 Contact SCV Distribution | 03301 222 500 Web www.blacklionaudio.com UK www.scvdistribution.co.uk The pro-audio market isn’t short of vintage-style mic-pres, indeed it’s rare these days to find one […] 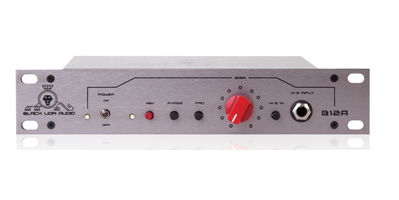 Looking for a vintage-style preamp that gives you authentic analogue sound without the frills? The B12A could be just the ticket, as John Pickford discovers

The pro-audio market isn’t short of vintage-style mic-pres, indeed it’s rare these days to find one that doesn’t claim to sound like a classic unit from analogue’s glorious past. While some produce near-identical copies of vintage designs, incorporating funky, chunky knobs and meters, others simply concentrate on delivering the authentic sound without the retro-chic.

It also offers a modification service for many pro-audio products. The company’s mission statement reveals them to be true audio enthusiasts, offering excellent audio bang for buck, with their number one core value being ‘Sound is King’ – we can’t argue with that.

The B12A mkII, which offers an upgraded input transformer, more gain and a lower noise-floor than its predecessor, is based upon the legendary API 312 mic-pre originally found in the sought-after API consoles of the early 1970s. This design was, and remains, the main competitor for the Neve 1073, which Black Lion also revisits with its B173 mic-pre.

Weighing in at just under 1.5kg, the B12A is built within a 1U, half-rack chassis, providing a single channel of microphone preamplification, with a maximum gain of 70dB. The unit feels solid and looks quite smart in its plain brushed-metal casing.

Front panel controls consist of a continuously variable input-gain pot, a toggle-switch for power (with power-on in the up position) and push-button switches for 48-volt phantom power, polarity invert (phase), a 10dB pad and a final switch to engage the adjacent HI-Z jack input.

There are two LEDs which illuminate to indicate power on and that phantom power is engaged respectively. The back panel has a balanced XLR microphone input, a balanced, line-level TRS output, an internal chassis ground (earth) terminal and a socket for the unit’s accompanying wall-wart power supply.

Potential users may be put off by the absence of an XLR output and the inclusion of a wall-wart power supply, but this is further indication that Black Lion has chosen to spend money on the parts that really matter.

Removing the top-plate of the unit reveals the high-quality internal components, including the superb (and expensive) Cinemag CM-1153 input transformer. CineMag produces world-class transformers used in high-end gear that often costs a lot more than the B12A; its performance is at the heart of this unit’s sonic signature.

We know and love the classic API sound well here at MusicTech and it was immediately obvious that the B12A ticks all the right boxes sonically. Our first experience of the unit was to record an overdriven electric guitar. We set up two Shure SM57s, one fed into an input of our 1980s DDA console, the other into the B12A. 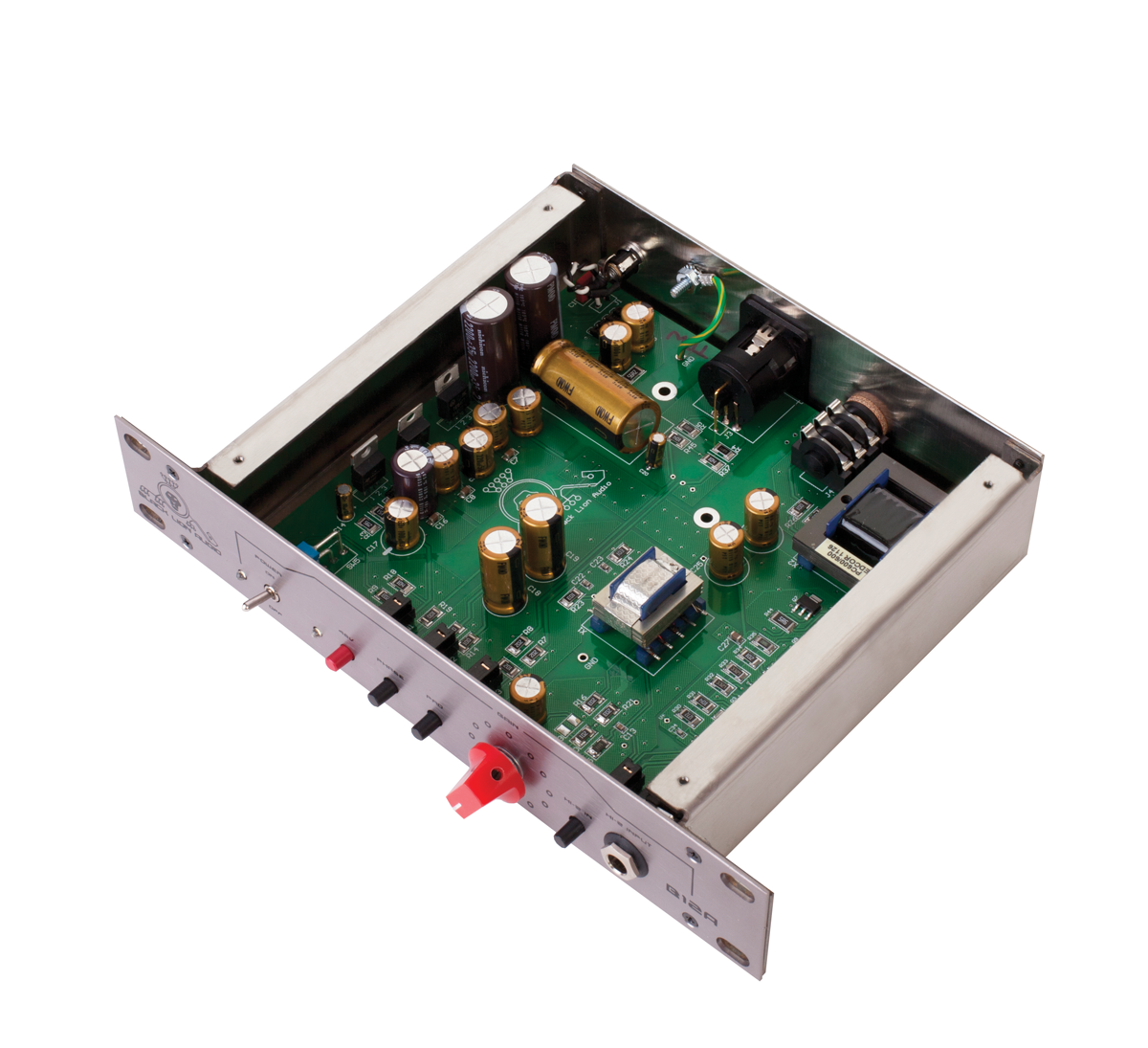 The B12A sounded much fuller, especially in the lower midrange, compared to our desk’s mic pres. As the difference in tone was so marked, we swapped the DDA input for our valve Rooster 2 mic pre from Thermionic Culture.

Again, the B12A sounded a lot fatter than the tube-driven unit albeit without the Rooster’s creamy midrange. Later in the session, we used the unit with a Neumann U67 to record a male rock vocal.

The low-mid emphasis enhanced the singer’s voice by bringing out a warm, chesty quality that suited the track perfectly. Using the HI-Z DI input for bass guitar revealed the unit’s robust bottom-end, which sounded solid and fulsome.

During the review period we were impressed time and again with the B12A’s faithful recreation of the classic API sound. Its character is big, warm and quite muscular with plenty of punch. The bottom-end is solid and weighty while the upper frequencies are clear and reasonably extended.

With bags of character, the B12A doesn’t offer an open window to your microphone collection and won’t win prizes for neutrality or transparency, But it does produce a hefty, fat tone that is well suited to the recording of all forms of rock, pop and electronica. 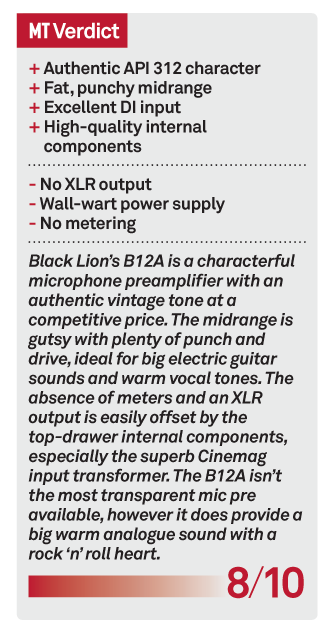