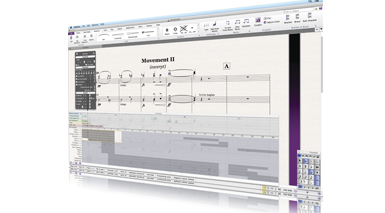 Workflow, playback and sharing have all been improved in the upgraded Sibelius 7.5. Keith Gemmell mulls over the score 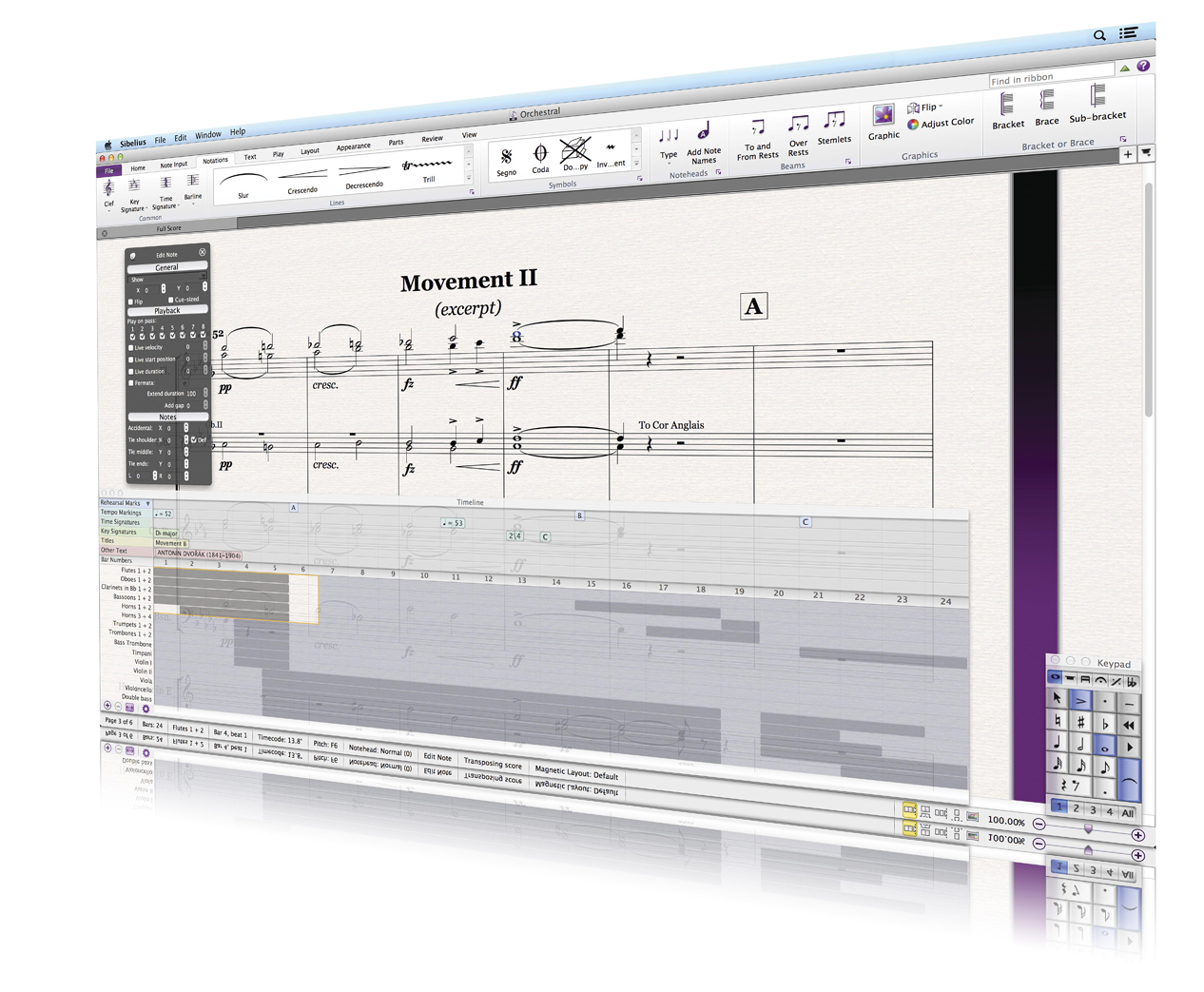 Sibelius 7 underwent a radical overhaul of both looks and workflow when version 7 was released shortly after the acquisition of the software by Avid. Along with a 36GB sound set, familiar menus and toolbars were replaced with a tabbed ribbon-style toolbar. The newly released Sibelius 7.5 continues to emphasize the playback and workflow aspects of the program with improved notation interpretation and navigation plus the sharing and exporting of scores.

With many young musicians studying composition for films and games, these days, playback is becoming increasingly important in notation software. For as long as we can remember, Sibelius has had a feature called Espressivo, an algorithm for subtle variation of dynamics. The result is a more realistic musical interpretation. However, due to the way it emphasized the peaks of musical phrases and was reset upon meeting rests, the results were sometimes on the lumpy side. This has been updated with Espressivo 2 which compares the pitch and dynamic of the current note to those that sounded shortly before, resulting in a smoother, more expressive sounding playback.

Apart from Espressivo 2 a whole range of other playback enhancements have been included such as strong beats in different time signatures being subtly emphasized and better interpretation of notation markings (grace notes, tempo markings, mordents, caesuras and breath marks).

Rhythmic feel has been improved too, with a group of presets for jazz compositions. What’s interesting, though, is that Sibelius can play a different rhythmic feel for individual staves. Also, rhythmic feels can now be customized in the Playback Dictionary in a similar fashion to DAW-style swing quantizing. Another interesting feature is the new Metric Emphasis Meter, one for pitched and non-pitched instruments respectively. When enabled, the strong beats of the bar are emphasized slightly. The first and third beats of 4/4, for example, will sound slightly louder (the third beat slightly less so) as in a human performance.

As for the sounds themselves, the full sample library still strains the average laptop. Use the Lite versions and playback is much better without any real loss of quality.

Score navigation in Sibelius has always been fairly easy because you can drag the pages around in all directions fairly quickly. However, the new Timeline is a vast improvement that provides a view of the entire score structure and the means to jump to any part for instant playback or editing. Important objects in a score like rehearsal marks, tempo markings, text directions and so on, are given ‘landmarks’ on lanes which represent the score staves. A new Musical Structure text style shows up in the Timeline with dozens of examples. As well as the more obvious ones such as Intro, Verse and Chorus, there are plenty of other more exotic types like Transition, Exposition and so on.

New sharing options have been added to the File menu – scores can be shared as email attachments, published to Score Exchange, YouTube, Facebook and SoundCloud. Exporting functions have also been added – scores can be exported to Avid Scorch for iPad use, or saved as videos in QuickTime (.mov) or Windows Media (wmv) formats. The latter is a very useful feature, perfect for website and other online demonstrations. However, the video display is on the small side and really only suitable for smaller ensembles. Large orchestral scores are not easily readable although you can customize the number of staves shown. We split a large score into sections with a video for each. It’s a good work around because the full audio track is heard in each video.

There were concerns among existing users about the future of Sibelius when it was acquired by Avid. Judging by this version it appears to be in good hands. Avid has focused squarely on workflow, playback and sharing and although the number of improvements is small,
they pack a punch. The Timeline feature is probably worth the upgrade fee alone. 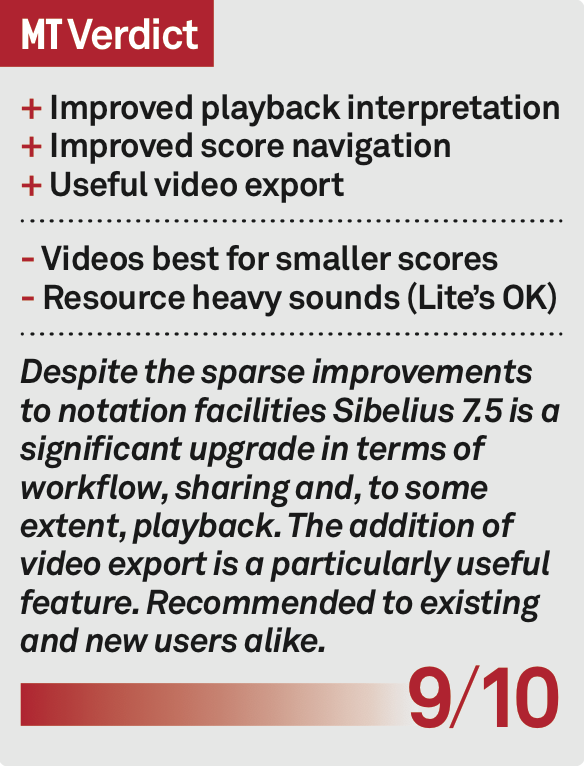