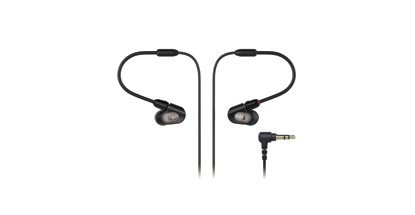 We’re big fans of Audio Technica’s ‘R’ and ‘M’-Series headphones, but can its new in-ear monitor ’phones do the business? Andy Jones tries all three… 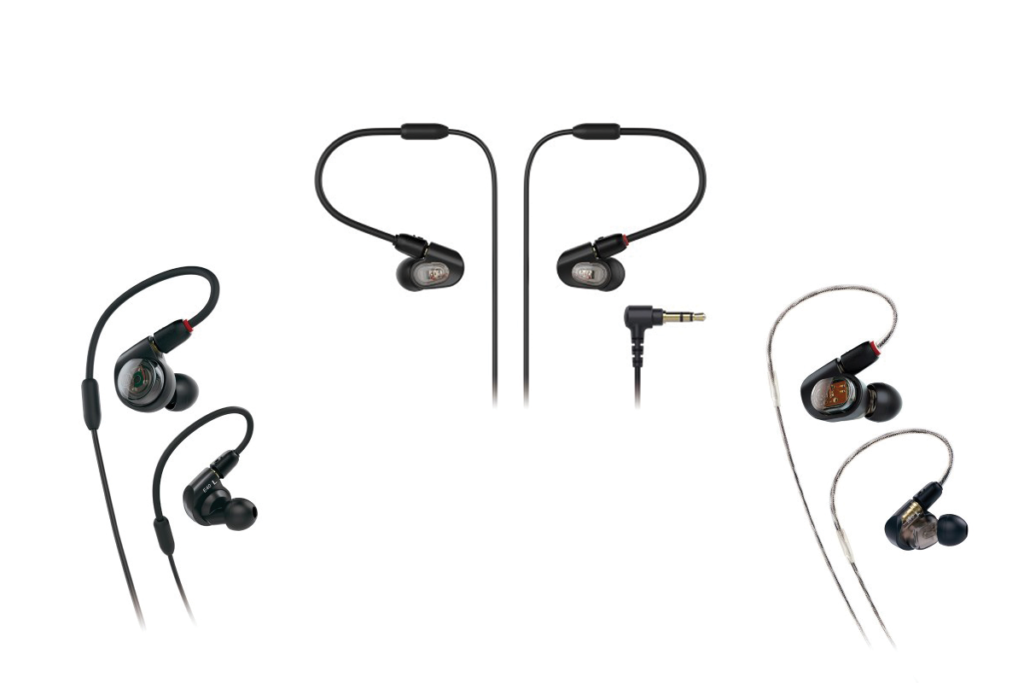 With the music-production world going mad over great-looking studio hardware, it’s often hard to get too excited over practical accessory products that we all need. We must also remember – as we witnessed in August’s MusicTech Magazine – that there’s a huge mobile music-making community out there that neither wants nor needs a rack of modular synths, expensive outboard or £5,000 monitors to make music with.

They want everything to be small, light, inexpensive and, well, just easy. And all credit to both music-production camps – we just like making music with tech, whatever the size or ’ware’!

For anyone where large monitoring is an issue, though – and we’re not just talking mobile music making here – this new range of headphones from Audio Technica could be just the ticket. They are in-ear ’phones, for a start – that is, the ones that you insert into rather than cover your ears with.

You’d have thought that this design couldn’t possibly offer the fulsome and immersive mix experience that full on-ear phones offer (like our reference ATH M and R-Series plus recently added AKG K812s), but AT reckons that these tiny, lightweight phones are as good as in-ear gets. They are, it says ‘perfect for stage monitoring and studio mixing.’ Can such diminutive ’phones deliver such a big ask?

There are three models in the IEM series starting at £70 for the E40, doubling in price for the E50 and again to £280 for the top-end E70. Interestingly, all three have different frequency responses than you might expect simply as they have very different driver setups. 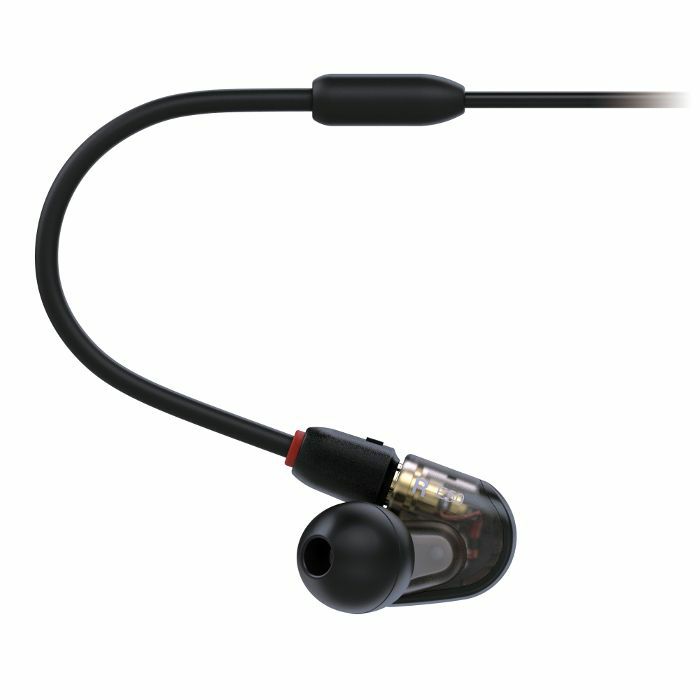 Each of the range is bigger and more robust than they look in the picture above and all come complete with see-through windows onto the circuitry within. They also come with solid and compact carry cases – easily pocketable and great for protection.

The E40s boast the lowest of input impedances, which means they can be driven by low-powered devices – but don’t push them too hard. The others have more middling impedances, so will be safer with a wider range of gear.

Each of the ’phones in the range also offers ‘flexible memory cable loops’, which means that the cable near the ear piece is adjustable – actually, more hard-wired – so you can alter it according to your ear size. This does work and is useful if you want to experiment with hiding cables for live or keeping the ’phones snugly in-ear for intense mixing sessions.

This, and the silicone ear tips which fit well within, help alleviate that age-old problem with in-ear headphones: them slipping out. I must say that all of the models in the range work well in this regard, simply because the ‘up over and in’ position becomes a lot easier to adjust and make comfortable so gravity can’t do its thing.

Having just mixed a track with a set of £1,300 AKGs, I was expecting crushing disappointment when trying out the £70 E40s and yes, there is a vast difference… at least at first. The Lows simply weren’t initially as prevalent, which is perhaps understandable with in-ear headphones – it’s hard to replicate the cavernous quality that outer earphones offer.

However, I did find that adjusting the position of all the ’phones helps with the bass response a lot – basically, you need to push them a little further in than you might expect, which not only improves the bass response but also the isolation (and naturally, I won’t be held responsible for injury, deafness etc, if you push them in too far!). The beauty is that, once you get it right, you lock it in place with the ‘memory cable’. Time spent adjusting here is well worth it.

Once this was done with the E40s, the immersive feel was there and I could also pick out every part of the mix – albeit perhaps not as prominently in some lower reaches and not as rounded, but certainly everything was evident from the mix I’d done on the headphones that cost £1,230 more! 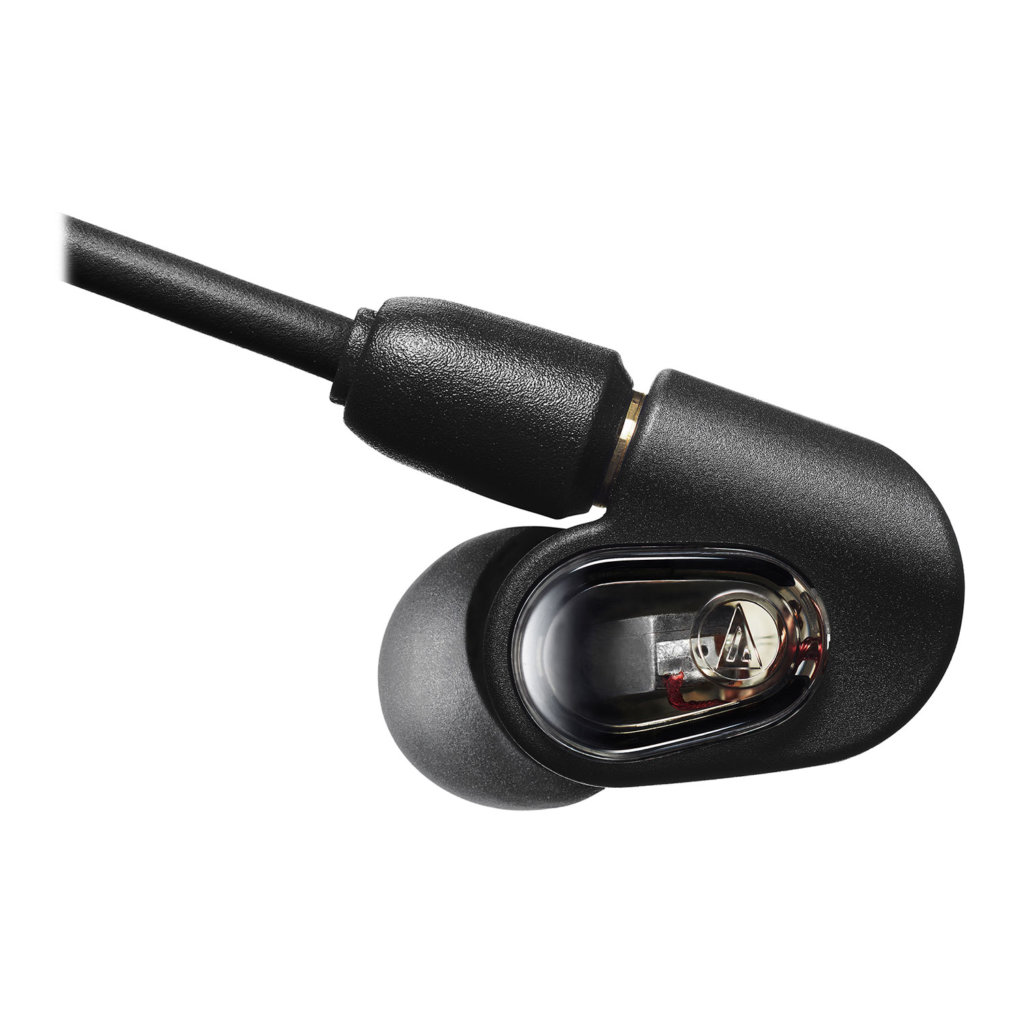 The 50s are a 100-per-cent step up in price, but perhaps not a huge step up sonically. They rather surprisingly seemed to offer a wider listening experience, which isn’t immediately evident from the specs.

This is probably down to the different driver, but the overall sound was, if anything, very similar to the 40s. However, it’s well worth going back to that impedance figure, as the sound might be similar but the 50s can be played much louder, which could be an advantage in several situations – especially live ones.

On to the most expensive and it’s another 100-per-cent price hike for the E70s. Here, you’re paying for three drivers, so the sound benefits. I put them next to my open-back R70s and there was a little more detail in the mids and upper mids, although they weren’t as rounded at the bottom. Again, adjusting them here is key. Push them in a little and the response will improve. It’s an ‘in-ear thing’ you have to spend time with.

Only you will know whether in-ear ’phones are for you. Some people swear by them; others dismiss them for mixing, the argument being they can be more tiring for long sessions, as the sound and physical presence of the ’phones is more wearing over time.

However, as you’ve read this, you’re probably a fan of the concept. I also have to say that the IEM series has woken me up to the possibilities of a more compact, mobile mixing experience. Unlike the current trend of wearing massive and gaudy headphones in public, I’d rather keep my mobile mixing to myself – and two of these stand out for just that. 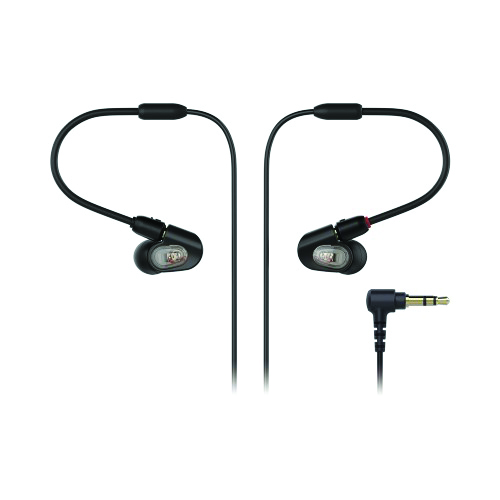 The cheapest A40s are surprising good for just £70 and to me, offered as full a mix as the 50s, although possibly a more narrow one. The 70s are the best all round, as you might expect for the money, and the best in-ear’phones I’ve mixed on, translating all I’d done on much more expensive headphones and £1,300 monitors. They will take some getting used to, but if you want your music making streamlined and free of excess weight and size distractions, these are as good as it gets 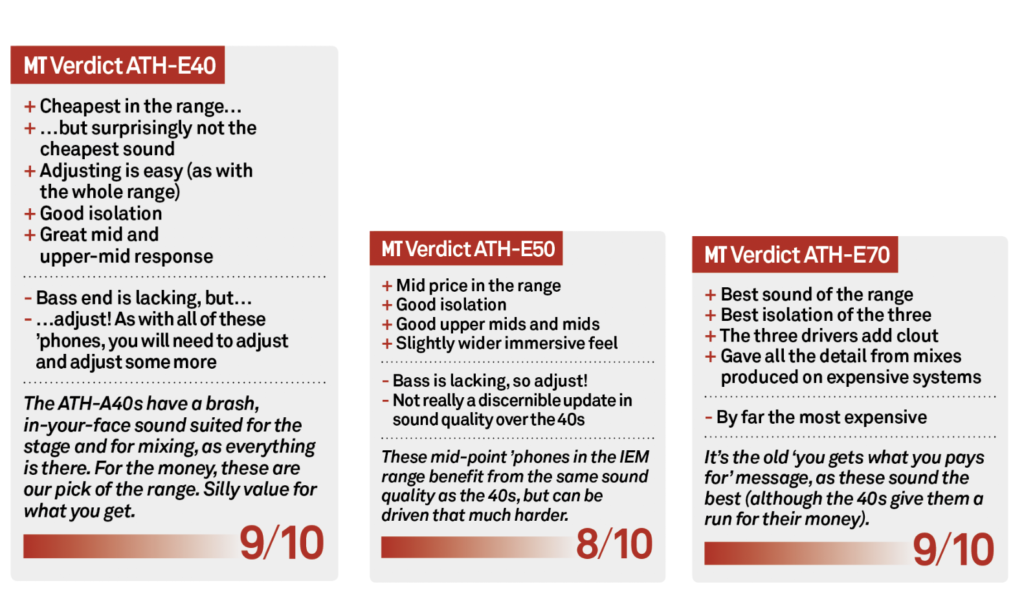