The much-missed Audio-Technica AT4060 is back – this time with lead-free components, a revamped power supply and a new capsule. Huw Price puts the AT4060a through its paces… Details Price £1599 Contact 0113 277 1441 Web www.audio-technica.com Amazon.co.uk Widgets Debuting in 1999, the AT4060 quickly established a reputation as a modern classic amongst fixed cardioid valve condensers, […] 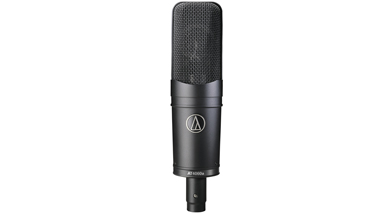 The much-missed Audio-Technica AT4060 is back – this time with lead-free components, a revamped power supply and a new capsule. Huw Price puts the AT4060a through its paces… 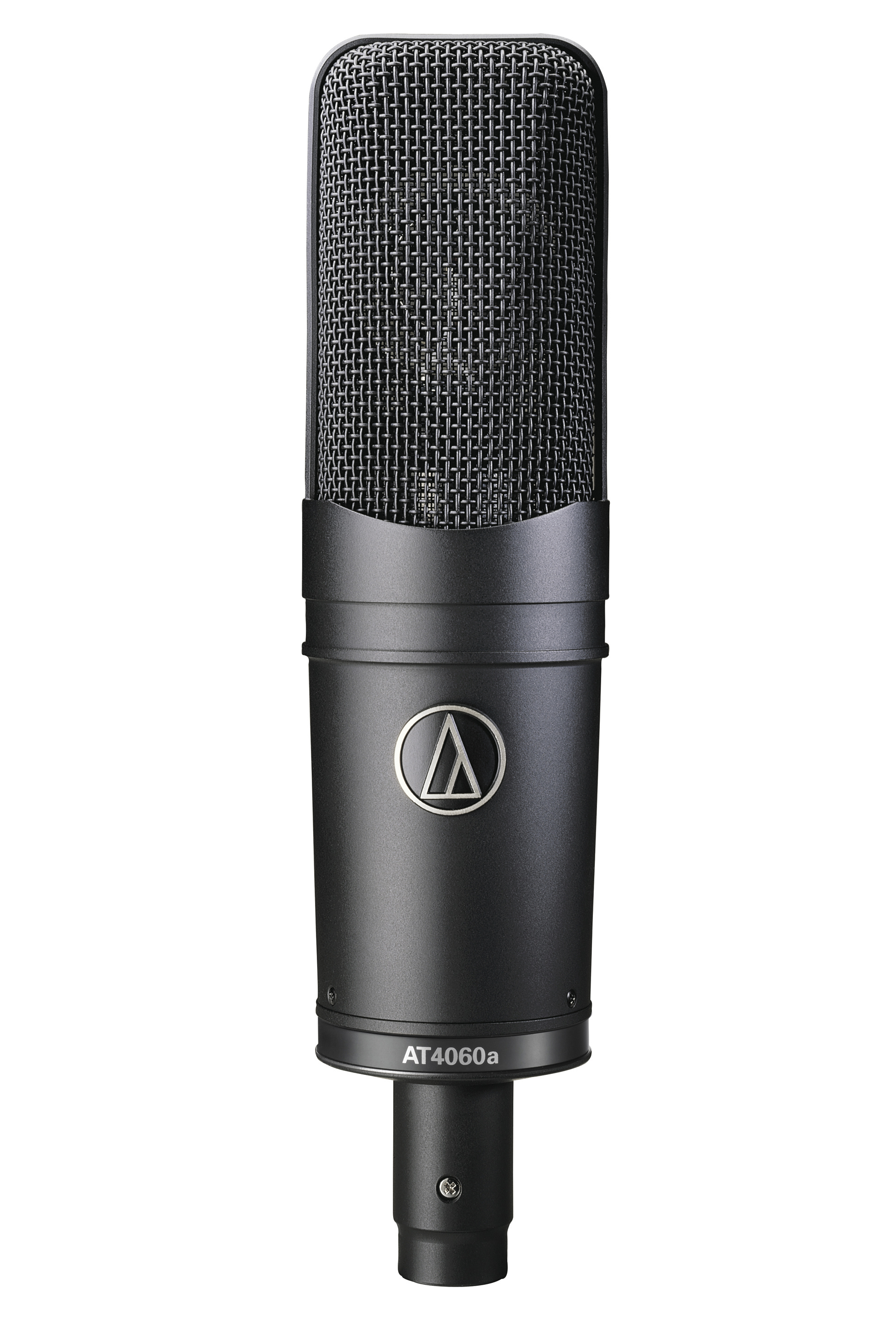 Debuting in 1999, the AT4060 quickly established a reputation as a modern classic amongst fixed cardioid valve condensers, so many wondered why Audio-Technica decided to discontinue it. The fact is that the 4060 was never out of production and continued to be available in the US. It couldn’t be sold in Europe because some components contained lead, which made the microphone noncompliant with ROHS regulations.

After a period of redevelopment AT4060s are back on the production line in a Euro-friendly format with a new model designation – AT4060a. Audio-Technica also took the opportunity to undertake some updates, so the AT4060a is not an exact replica. Most of the R&D department’s focus was on the AT8560 power supply, which is now more compact and is said to have improved performance as well as lower noise. A regulated and heavily filtered heater current prevents noise contamination and the power supply even comes with rackmount adaptors that can be attached if required.

Although the aim was to maintain the original AT4060 sound, the AT4060a has a new diaphragm that brings it into line with other products from Audio-Technica’s 40 and 50 series mics. The AT4060a capsule has front and back ‘Double Wave Diaphragms’ with embossed honeycomb patterns to add stiffness and prevent the membrane from ‘breaking up in higher modes which would cause distortion’. The diaphragms are 2µ thick with vapour-deposited gold, and they undergo a five-step ageing process for consistent performance.

We were told to expect the classic AT4060 sound with improved transient response; however, since the AT4060a has the same dual-diaphragm capsule as the AT4047 multi-pattern it would have been technically possible for the AT4060a to have multiple patterns too.
Inside each AT4060a there’s a hand-selected, individually tested and aged Sovtek 6922 valve. This Russian-made dual triode is the equivalent of the European ECC88 and it’s highly regarded for audio applications. Output duties are handled by a large transformer and Audio-Technica employ a ‘floating-construction’ method of mounting the elements to provide isolation from noise and vibration. 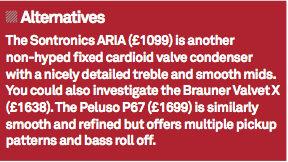 Shipping in a large cardboard box, the AT4060a itself resides in a form-fitted carry case. A suspension mount comes as standard along with a generous 7.5m cable with cannon connectors.
Unfortunately we didn’t have an original AT4060 on hand to compare with the reissue, but the AT4060a really needs to stand on its own merits. It seems that Audio-Technica has taken a sensible approach by shooting for a sound that simply has quality, rather than any obvious ‘valve quality’. What this means is that there is no hyped upper bass, there’s a pleasing lack of coloration in the midrange, and the treble is extended and detailed rather than deliberately dumbed down to create an illusion of ‘warmth’.

Compared to some pseudo C12 mics in this price range the AT4060a has a slightly fuller midrange. On stringed instruments this brings out the woodiness, and voices are smoother. Overall everything feels very balanced and ‘joined up’ because there are no obvious peaks or troughs in the frequency response.

Fine details are captured well to create natural and realistic-sounding recordings. There is a degree of proximity effect that is very workable, and when you move off axis, or even around to the side of the mic, there may be a drop in level but the frequency response stays remarkably consistent. Even so, rear rejection is very effective.

Best of all, noise levels are extremely low and we couldn’t get the AT4060a to distort at all. An attenuation pad isn’t necessary to keep the AT4060a from distorting, but the healthy output level means that you may need one on your preamp to prevent overload. Overall, this revamped classic is well worth checking out. 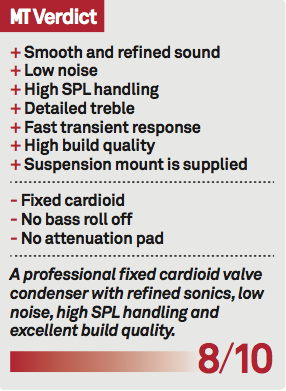