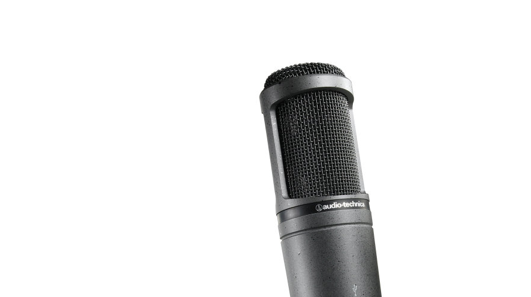 Compatible with both Windows PCs and Mac (XP onwards and Mac OSX), the AT2020USB+ promises to plug right into your computer and function seamlessly with your favourite recording software. 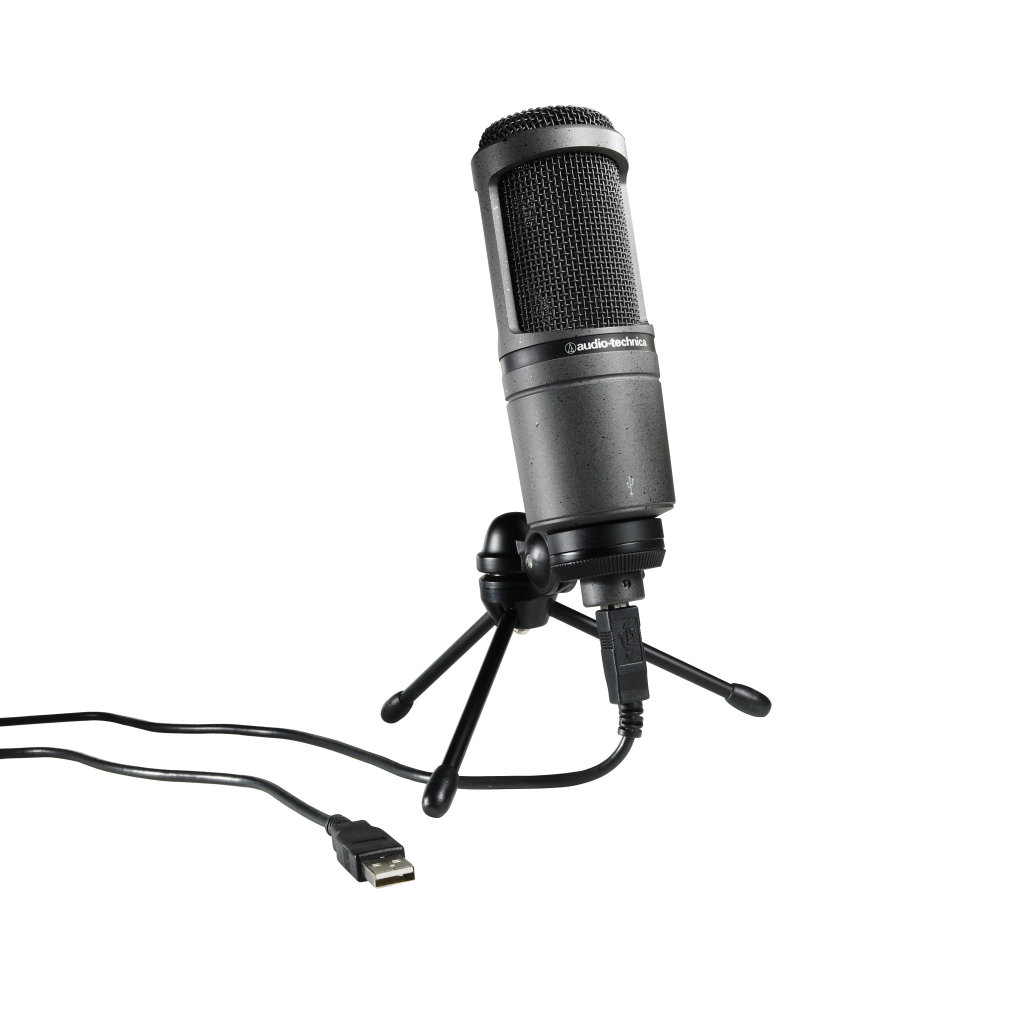 The AT2020USB+ is based on the design of Audio-Technica’s AT2020 cardioid condenser microphone. Both feature an electret capsule with a low-mass diaphragm, customengineered for extended frequency response and superior transient response. The pickup pattern is fixed cardioid and the quoted frequency response extends from 20Hz to 20kHz.

Onboard features also include a headphone volume control along with a fader to balance the mic signal with the playback level. The AT2020USB+ ships with a tripod desk stand, pivoting stand mount, three-metre USB cable and a zip-up storage pouch. We experienced no problems whatsoever getting up and running with our MacBook Pro loaded with Logic. The AT2020USB+ popped up in the Devices list of Audio Preferences and, once selected, everything performed perfectly and as expected.

For this review we were fortunate to be able to borrow a regular non-USB AT2020 to compare with the USB version, and we can report with some authority that the AT2020USB+ sounds almost indistinguishable from the non-USB version. In fact, the low end sounded a tiny bit fatter on the AT2020USB+, but that may have been attributable to slight differences in positioning or the converters in our MOTU 828 MkII.

The sound quality is impressive, with a negligible noise floor and very healthy output level. The high frequencies have a crisp and sweet sparkle that adds a degree of presence, but not in any overtly unnatural way. The midrange is well defined with no obvious colouration and the bass is solid.

The AT2020 is among the most highly regarded condenser mics in its class. The idea that a USB output must equate to lower audio quality is surely outdated because both versions of the AT2020 are pretty much identical in both looks and sound.