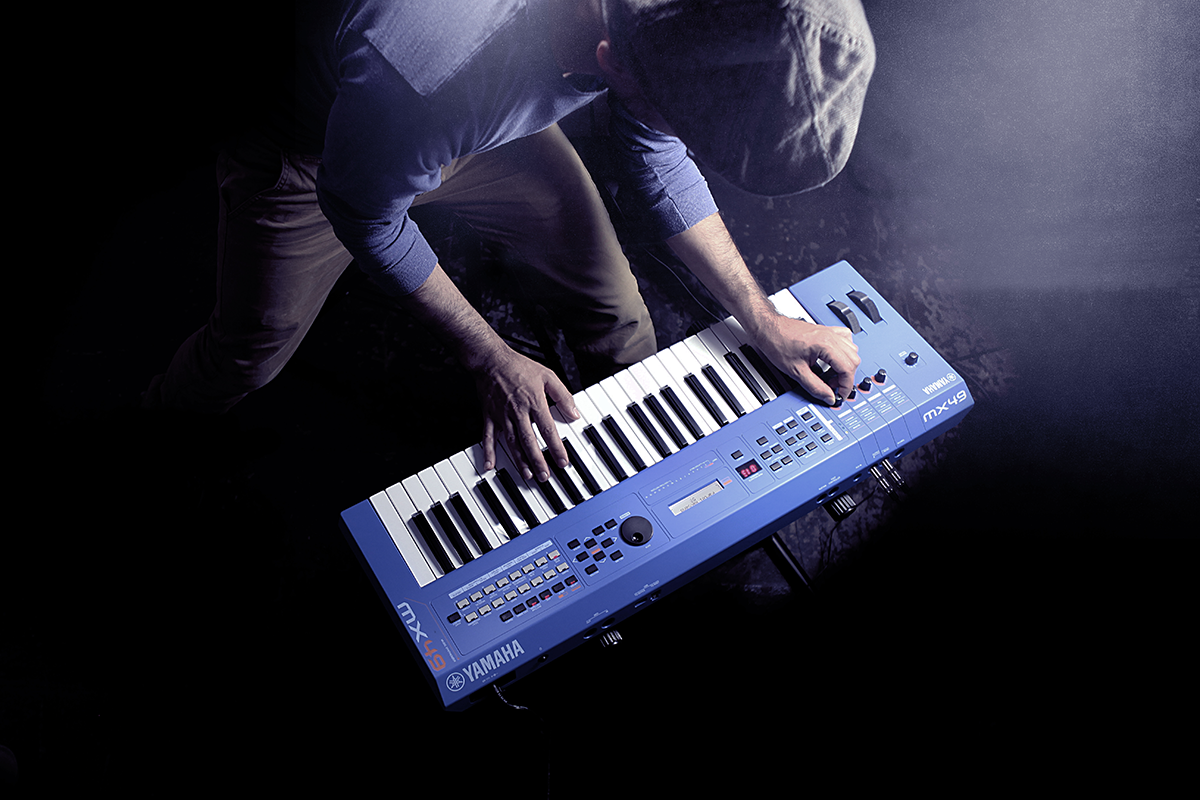 Yamaha have just unveiled their re-launched MX synthesiser range, these new models for stage and studio feature a FM synthesis app and vibrant new colours. We’ll have the review soon! Read on for more info… 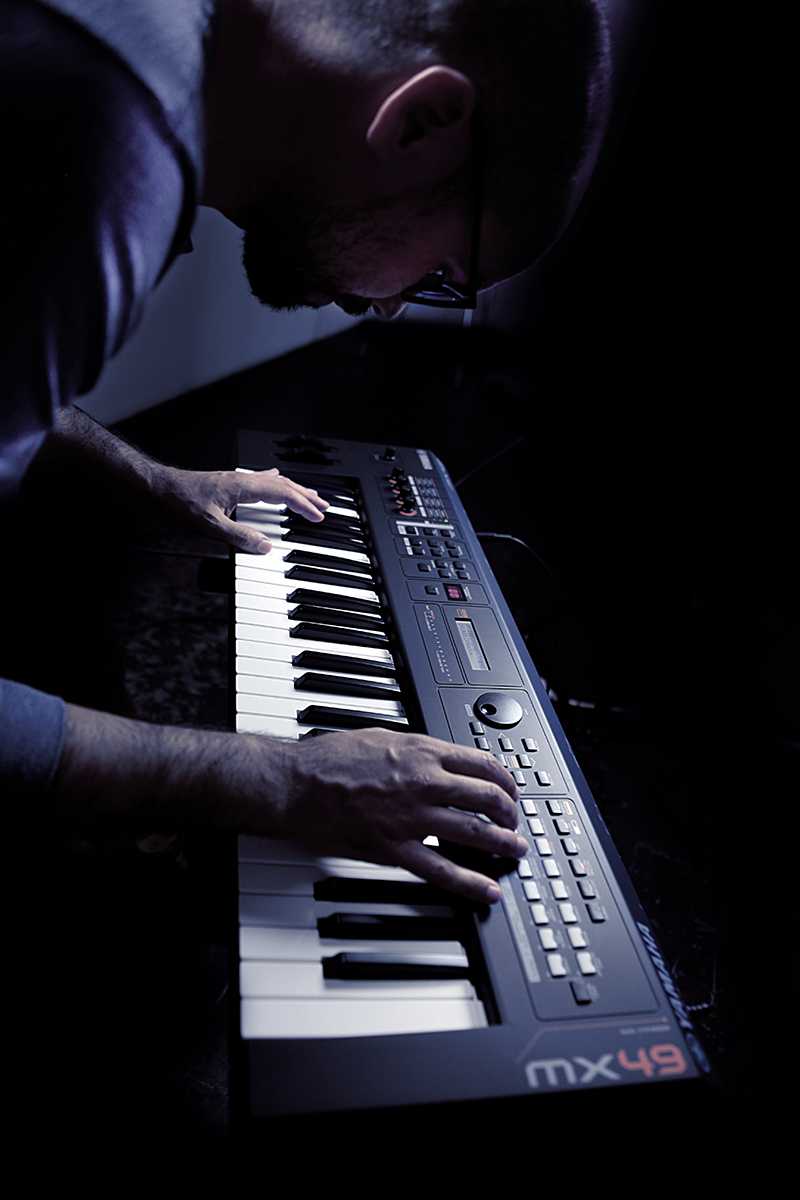 Rellingen, 21, July 2016 – Fresh colours and phat FM sounds: Yamaha presents the all-new MX series ultraportable synthesizers with new functions and designs. The two models with 49 or 61 full size keys are connected via USB for plug & play with PC, Mac or iPad. When hooked up to the new FM Essential iOS App, each model features 256 FM sounds, produced by an FM engine with four operators and ten voices.

In combination with the integrated AWM2 engine, which delivers 1000 preset sounds, MX49 and MX61 deliver top performances on stage – and in the studio. On stage, both models impress with the core features of the legendary MOTIF series. In the home studio, they offer dedicated master-keyboard functions including DAW controller features and an integrated audio interface. Adding fresh colours, the MX series is now available in stylish blue and classic black. In addition, there’s also a strictly limited spectacular white design available.

With the new models of the MX series, Yamaha presents a new generation of ultra- portable synthesizers. With a weight of 3.8 kg, the MX49 is a real lightweight, and even its bigger brother MX61 weighs in at only 4.8 kg. Not only great for the stage, – but also easy to carry to every rehearsal (in a perfectly fitted gig-bag available – as an option). With their striking colours, the new MX models are in the spotlight of every performance.

Each model of the all-new MX series offers a direct connection to mobile devices like smartphones or tablets. These platforms can be a tremendous addition: With the FM essential app for iOS, all MX instruments can be extended by an FM synthesizer with four operators and ten voices. For this the iPad and the MX model have to be connected with the Apple lightning USB adaptor cable (which is available separately ) – and within the blink of an eye the MX offers classic 80s sounds as well as cutting- edge modern EDM.

On stage: 1000 MOTIF sounds for all music genres

It may be light in weight, but the MX series is heavy duty when it comes to performance: A complete MOTIF engine with 1000 sounds and 128 voice polyphony is at the heart of every model. From authentic sounds like acoustic piano, e-piano, strings and drums to complex synth and electronic sounds with eight elements, the MX offers the most famous MOTIF sounds.
In the studio: master-keyboard functions and integrated audio interface

In the home studio, MX synthesizers turn into comprehensive master-keyboards with integrated audio interface. The important functions of a sequencer like SteinbergTM Cubase® are directly controllable through dedicated DAW controller knobs and buttons. Even VST plug-ins are right at your fingertips. The MX synthesizers are connected to PC or Mac via USB. Thanks to the class compliant technology there’s no driver needed – the MX model will be detected and installed automatically by the computers operating system. 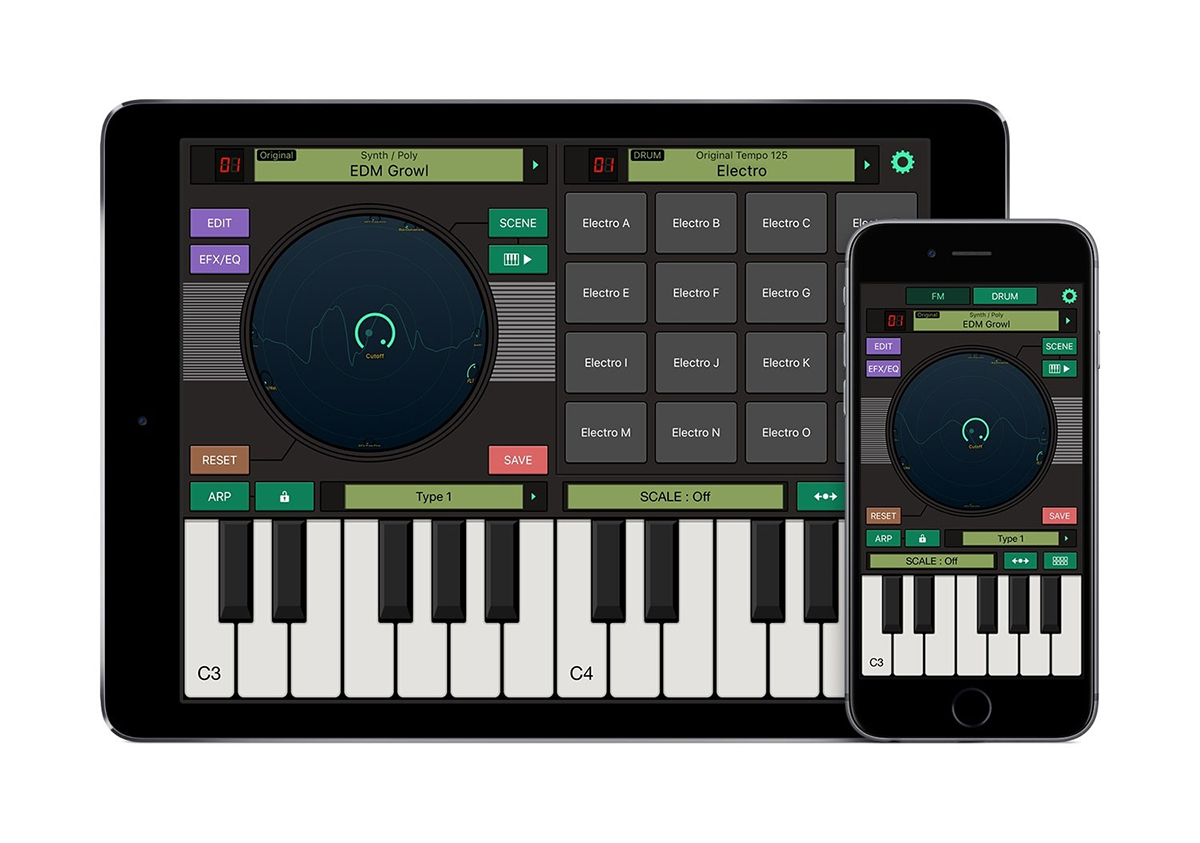 The MX series are not just hardware synths – thanks to the bundled software they become a complete music production solution. The included Steinberg Cubase AI features 48 audio tracks and 64 MIDI tracks, notation, built-in VST effects, so with just the MX and AI you can do complete productions. But it doesn’t stop there; MX is also bundled with Steinberg Prologue and the Yamaha YC-3B organ emulator so you have some compelling VSTs to get started.

Plus there are Remote Template editors for setting up controls of VSTs.

For music makers on the go, MX series offer the iPad music production App, “Cubasis LE”. By simply downloading the App and connecting an MX to the iOS device, you can unlock the feature
set of Cubasis LE.

Availability
The all-new Yamaha MX series with its models MX49 and MX61 is available from July 2016. The limited edition white model will hit the stores a little later in October of 2016.
To find out more about the new MX Synthesizers please visit uk.yamaha.com