Native Instruments have today announced Kontrol Z1 – the world’s smallest professional mixer and audio interface which natively connects to the Traktor DJ app for iPhone and iPad and Traktor Pro 2 , combined with these already impressive applications the Z1 adds headphone cue, and dedicated faders, filter and effects, controls, and 3-band EQ for each channel. […] 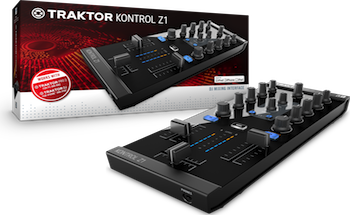 The Z1 finally adds the physical layer of connectivity with the popular Traktor programs that many have been clamouring for, without fundamentally altering the acclaimed interface. Check out the promotional video below to see the device in action:

Native’s official press release can be found below, with pricing and availability information, We’ve previously reviewed Traktor DJ for iPad and iPhone and Traktor’s Z2 interfaces and we’ll be bringing you our review of the Z1 as soon as we get hold of one! 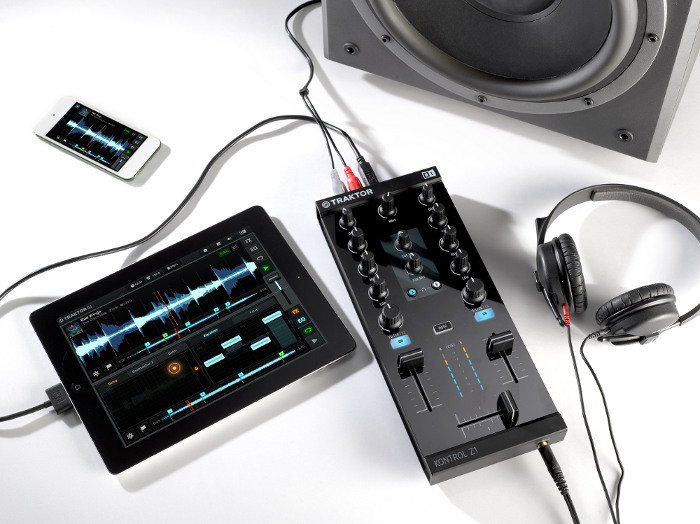 TRAKTOR KONTROL Z1 is also the smallest professional mixer for TRAKTOR PRO 2 users to date – perfect for intimate after-party gigs or any situation that requires both compact size and professional performance features. Thanks to plug-and-play connectivity with TRAKTOR and the included TRAKTOR LE software, DJs can immediately start mixing on their Mac or PC system. When combined with TRAKTOR KONTROL X1 and F1 controllers, TRAKTOR KONTROL Z1 becomes part of a powerful, professional DJ setup including full control of TRAKTOR’s Remix Decks and transport functionality.

The TRAKTOR DJ App for iPad is available for $19.99 from the App Store

on iPad or at www.AppStore.com. The TRAKTOR DJ App for iPhone is

available for $4.99 from the App Store iPhone and iPod touch or at