Greetings all – We have relaunched this ‘Send Us Your Tracks’ section of the website as we quite simply were overwhelmed by the huge amount of responses we got to our first attempt at doing this. We’ve now got a little help from our good friends at Lemoncake. And indeed our associates there have begun […] 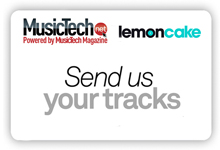 Greetings all – We have relaunched this ‘Send Us Your Tracks’ section of the website as we quite simply were overwhelmed by the huge amount of responses we got to our first attempt at doing this. 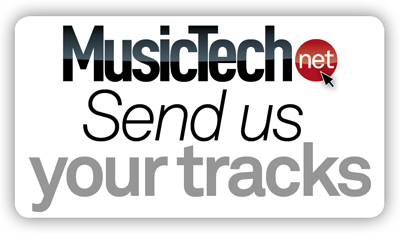 We’ve now got a little help from our good friends at Lemoncake. And indeed our associates there have begun the process of casting their critical eye upon a few of the tracks that have been sent our way by a wealth of our readers. So here are the first two reviews – and indeed if you want some critical attention paid to your music – then please email us at the link at the bottom of the page

Gary Scargill from Lemoncake and our very own Andy Jones shares his opinions on three readers’ tracks – more to follow!

I love the way this piece holds your hand from the start and walks you deeper and deeper into a place of hypnotic calm. It’s a smooth ride with the gentle ebb and flow of lush pads and just the right amount of propulsion provided by a solid yet understated rhythm track. Add to this an overall subtlety of dynamic emphasis and it’s a perfect choice for broadcast use. The proverbial icing on the cake being a delicate piano motif that gives the track a feeling of positivity and optimism. I’d love to hear an underscore version with minimal percussion – I think that would be very useful.

To be critical, I think the first dropdown section happens too soon at 1:49 and if moved along it might negate the need for the second, which for me, seems to spoil the flow. The ending too seems like a bit of an after thought – bearing in mind what’s gone before I think we’re entitled to expect a better resolution. That said, this track definitely has pleasing feelgood overtones and I can imagine it sitting well under voice-over and being particularly useful for science or light documentary – I like it!

Very clean production, a little too Leftfield – as in the band not the stance – for me in terms of the arrangement but I like the slower-paced, laid back nature. It’s 4/4 Jim, but not quite as you might expect, with an almost chilled vibe that could easily see this feature on one of those Ibiza ‘early morning’ compilations, about 2/3 of the way through just as things start picking up from a dreamy opening set.

The break-down is a bit too broken as there are enough elements to go along with the sparse ones chosen, just to bolster it up a bit, but overall I love the feel and pace. I do wonder, as so often with this kind of instrumental work, just how much a vocal, or even just a vocal sample, might lift things up from a decent backing track to a foreground summer hit? Maybe this is an area worth pursuing…

Track 2 – Kris Kutor – I Haven’t Told You Everything

OK, the first thing to say from a broadcast point of view is how user-friendly this track is. The groove is clean, fresh and positive and I can see it working well under a voice-over or as a 20 sec programme trail. There may be a need to remove the vocals to make the most of any broadcast opportunities and sometimes this can be a problem if most of the interest is brought by the vocal performance. However, in this case I think the minimal but solid production with simple repeated motifs gives the track the right amount of interest to move the pictures along without getting in the way.

I particularly like the way the track grows in intensity around 1:04 and if considering a remix for TV use I would certainly make use of this section to end the piece. An important aspect, often overlooked, of any track used for broadcast is the way it ends. I’ve known it to influence the way a film editor cuts the ending of his programme so it’s a discipline worth spending some time on and ignored by a composer at their peril. This track does end rather than fade out (a real no-no) so that’s good but I would prefer something a little more definite rather than the subtle mix-out.

All in all, I like this track and could imagine it being used for general broadcast.

This is an odd one for me to evaluate with broadcast usage in mind as I have conflicting views – on the one hand I really like the overall feel and emotive sentiment with the understated vocals which broaden and lift the choruses – listening purely for personal pleasure the track works fine. On the other hand, with my media hat on, a closer listen to the music underneath the vocals reveals a lack of sonic quality and sparkle. Typically, I need to consider the track without the main vocals and for broadcast usage the vocal and instrumental versions need to be on a par production wise – after all, both versions may be used within the same programme.

For me, the instrumental mix needs brightening up – there’s a woolly, lack of clarity across the mid range above the bass drum and the other elements of the rhythm section would benefit from some definition matching the effort made with the vocals which sound warm and clear. Musically speaking the track is uplifting and has a good positive feel and with such improvements in place I could easily imagine this track getting airplay in any one of the ubiquitous teen dramas from the States (or UK for that matter).

One final point, when ending a track in a plume of reverb or delay, as in this case, it often works better for broadcast purposes if the first beat of the next bar is used as the final beat rather than leaving things hanging on the previous one. For example, rather than ending at the end of bar 99 try using the first beat of bar 100 for a more definite final hit. That way you’re likely to catch the bass drum and root bass note giving the track a more natural resolve.

Lemoncake was launched towards the end of 2013 by Peter Oldroyd and Gary Scargill, two individuals with a great deal of experience in the music industry. Cutting their teeth as broadcast composers they went on to establish a huge reputation in the world of sync and music publishing. For the founders of Ded Good Music (which is now a major label on EMI’s production music catalogue), Lemoncake is a way for composers to have all the benefits of a traditional upload/music sharing social site with the advantage and potential to monetise their music. Providing artist promotion through personal profile pages, status updates and a clever use of search results and linking offers a new way to promote composers and their music to the user. Lemoncake is putting the love back into music publishing, making composers the centre of our business and providing a better and more comprehensive platform for the promotion of their works. We believe that’s what makes our music absolutely awesome!