MusicTech is at Superbooth16 in Berlin, a brand new show for modular synth fans but one attracting so much attention that it looks set to become a major event on the music production calendar… See our Superbooth16 Gallery Here ‘Were you there at Superbooth16?’ Is a line that we like to think we’ll get asked […] 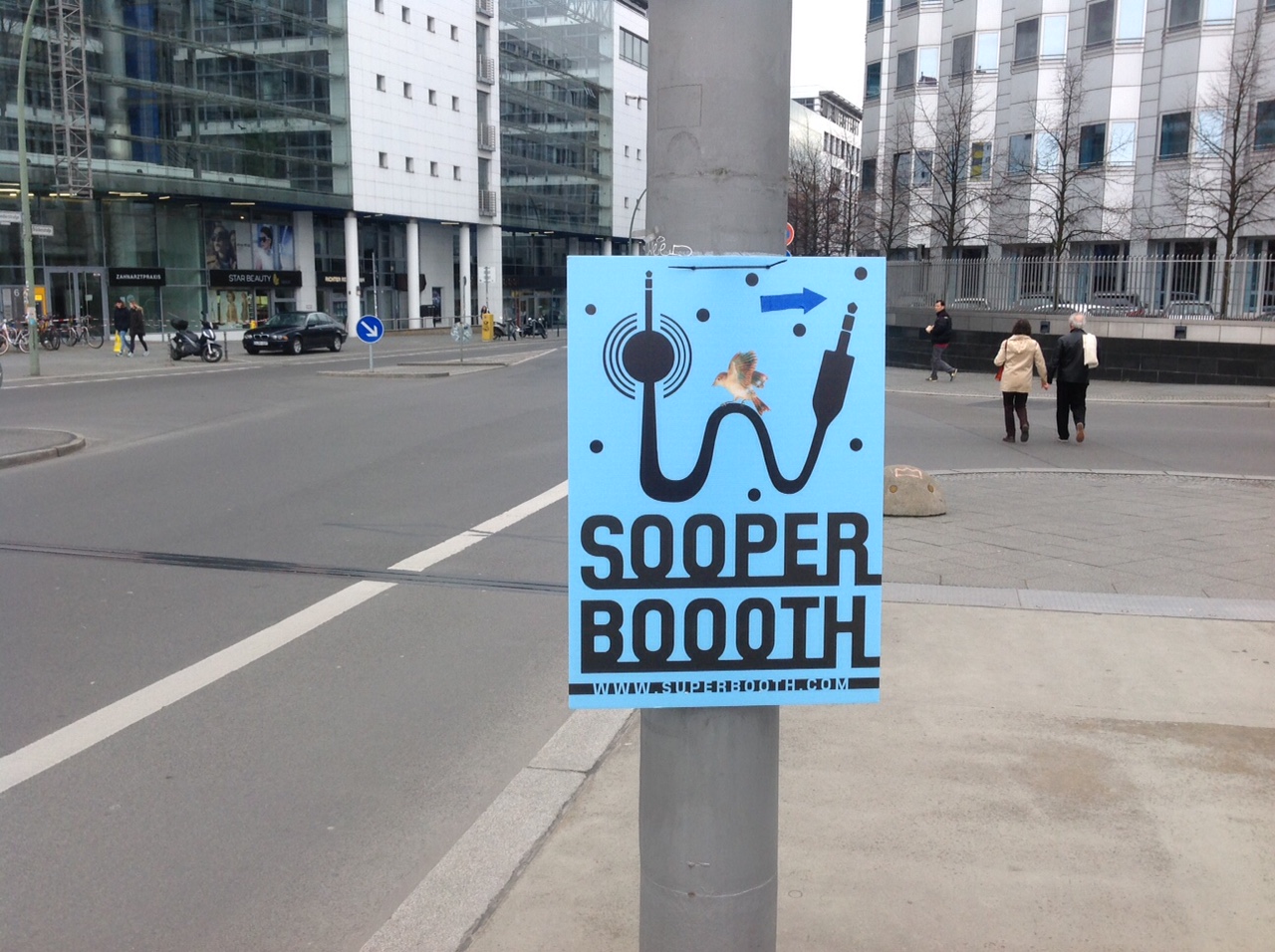 MusicTech is at Superbooth16 in Berlin, a brand new show for modular synth fans but one attracting so much attention that it looks set to become a major event on the music production calendar…

‘Were you there at Superbooth16?’ Is a line that we like to think we’ll get asked in the distant future to which we will answer ‘ah yes, Superbooth, it was so cool back then.’ This, in case you don’t know, is the brand new show in Supercool Berlin that is all about modular synths, which, if you didn’t know, are all over music production at the moment as part of a hardware music making revival that was thought unheard of just a few years ago.

But Superbooth isn’t all about the synth. While it is the focus, there are bigger companies here, non synth companies too, and with the big changes afoot at Frankfurt Music Messe next week, there are many here already muttering that Superbooth could well take over as THE music production event to go to. Either way it’s good news that we are here; there’s plenty to see, plenty to get hands on with and lots of companies, we admit, that we haven’t spoken to before so time to make amends. Oh and there’s also a certain German music pioneer to act incredibly uncool in front of too. But more on that later…

First up and let’s get geeky. So we have Berlin. Check. We have beards. Check. We have abandoned warehouses. Check. An incredibly cool venue? You gotcha. And how about a 20 minute boat ride to get you there? Why not indeed?! Throw in 100 of the finest music gear companies and some brilliant organisation and you have a show to remember… 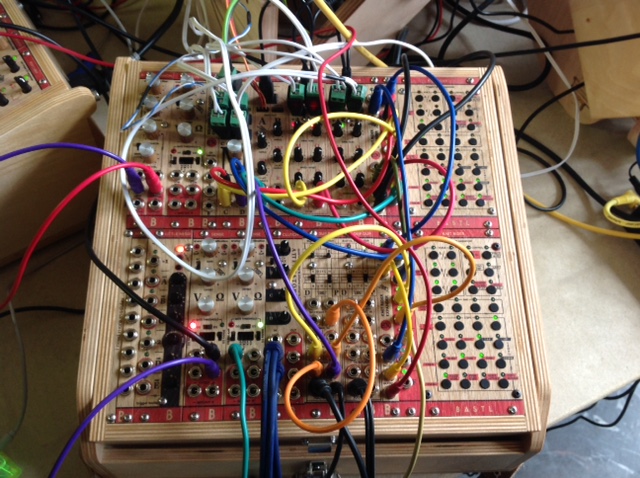 The vibe is great and in the main it’s a great leveller in terms of company profile. While your bigger companies – Moog, Roland and Yamaha among others – have larger rooms, most of the rest share equal billing, so you might well have a company that has just started making oscillators out of their garage displaying their goods on a table next to Dave Smith. Oh, did we say Dave Smith?

“It’s great that we have so many people involved back in hardware,” he tells us of the event, but why does he think that hardware synthesis has made such a glorious return? “Well you might know that I was one of the people involved in producing the first soft synth, but I always like to say I was one of the first people to stop being involved in producing soft synths too, they just don’t do it for me. So at that point I got back to hardware.” He goes on to tell us that soft synths have increased the awareness of the synth in general but people love the tactility of wrestling with a real instrument and making it make sounds instantly, hence the modular madness that we see today.

We close our conversation by attempting to take his new OB-6, the star of the NAMM show, away from him, for a review, but he’s having none of it – they’re selling them faster than they’re making them at the moment. We tell him we gave his Prophet-6 10/10 in our MusicTech test in a crude and obvious way to butter him up. “Well with the OB-6 you’d better get ready to move your scoring up to 11!” he laughs.

Moving quickly on its time to meet some of the modular men and we meet the guys behind Bastl, who have their wooden modulars controlling a guitar… as you do. Then it’s on to Lunar Modular, surely some of the best modules on the scene, and they have left an intriguing gap in their set up for a new launch, more on that soon.

The Moog garden is as cool as you might imagine, Sub 37s (as owned by me) and Mother 32s set up to play for all. Roland and Yamaha each have rooms for their gear too – AIRA and reface taking precedent in each respectively – but upstairs we spot three companies very much veering away from total hardware to new levels of software/hardware integration. 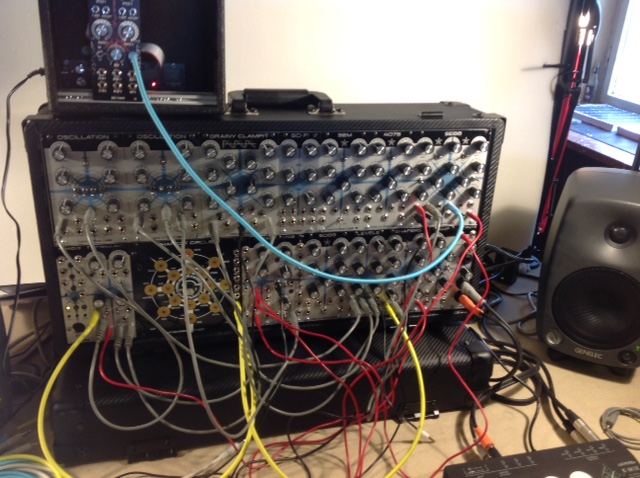 The first is Bitwig who have their software being controlled by two touch screens, one a Microsoft Surface 4, and to witness it is surely to see the future of DAW control. You simply don’t need hardware with multitouch screen control like this. We’ve just received a Surface4 for review so will be checking it out next issue of MusicTech.

Next up it’s Patchblocks. These guys have been around since 2013 but are one of a few companies we haven’t met here at the show. Their product is intriguing, basically a single module, available in different colours, that you can make into anything by uploading software via USB. You then link several together to create your own modular system.

It’s a great idea. “So how many is the maximum you can connect?” we ask, thinking that this will be the question they have not been asked before. “As many as you want, and that is the question we have been asked more than any other.” 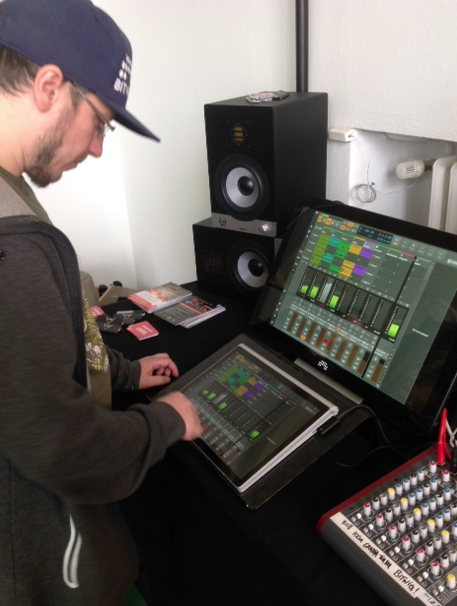 We turn around, slightly shame-faced, to witness a similar concept, but in app form. The Zmors modular app system works with Ableton’s Link system to connect apps, including an elastic drum machine, together as one system. It certainly works a lot better in practice than we’ve described it – again, check out a review soon. In many ways, it’s Zmors, Bitwig and Patchblocks that have made Superbooth16 what it is. Rather than it being just modular hardware, we love the way software companies are here but embracing the same modular philosophy in products that break down the barriers between everything, hard or soft.

Ok so it’s pretty much a given that Superbooth16 is a success, so we really should talk to the man behind it. Here’s where it goes a bit pear shaped. So the man behind Superbooth is the incredible Andreas Schneider, a man probably more responsible for the success and emergence of hardware synthesis today than anyone else on the planet. Ok maybe that is overstating things but he has championed the format for years and doggedly stood out at every music production show with his havens for hardware.

But he is not the Schneider I meet at Superbooth. Oh no. And to put this next meeting in context you will have to allow me some self indulgence. When I was 13 I owned maybe three albums: John Foxx’s Metamatic, Gary Numan’s A Pleasure Principle and Kraftwerk’s Autobahn. Yes I was a weird kid. It gets worse. Somehow for my 14th birthday my parents let me go and watch Kraftwerk at The Hammersmith Odeon in 1981. I remember it for two reasons: the man in front of me got sick because he smoked too much weed, and that night I decided that synthesisers were the coolest thing ever on the planet and my future had to include them somehow – hence, in many ways, my being here at Superbooth16 today.

What happens now, on the last day of March is that I bump into Kraftwerk founder Florian Schneider at Superbooth. I’d like to tell you we discussed synths in a professional and dignified manner. I’d like to tell you one us didn’t start acting like a 14 year old kid. But I’d be lying. But who cares? I just met Florian Schneider. And as the police escorted me out of the show that night I have to report that this is the show to be at, simple as that.

Tomorrow I’m going to attempt to stay up with the Berlin cool kids and witness Superbooth at night – if they let me back in, that is – so if you think today was embarrassing, stay tuned…

You can read my next report and more on Superbooth16 in MusicTech on sale 21st April.