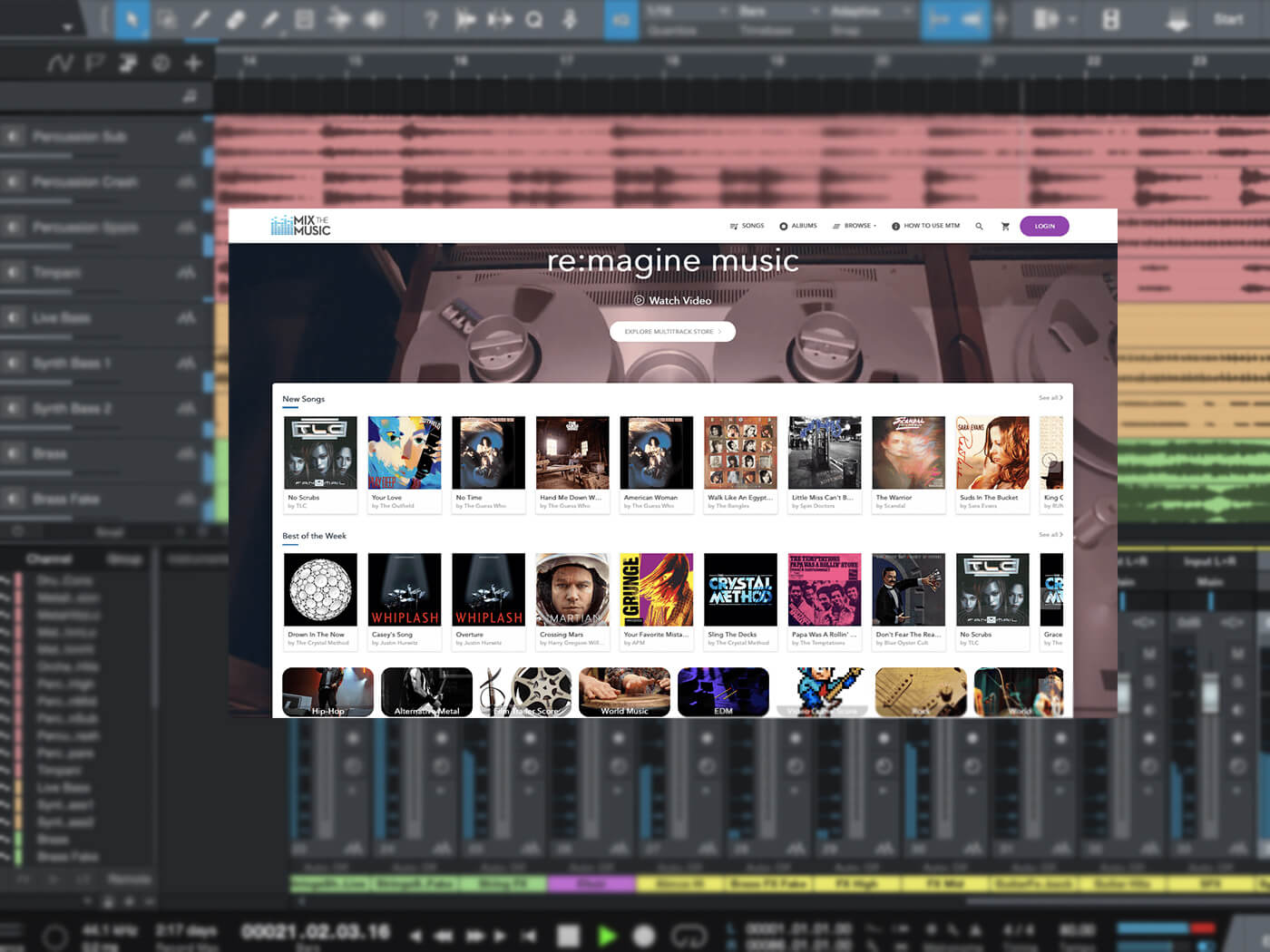 The service is aimed at music lovers, mix engineers, musicians, music educators and anyone who intends to listen and remix the songs. However, it’s important to note that you are not permitted to actually release material containing any of the audio from the recordings. This service is more for studying the music, and mixing involved in the original recording, or just for some fun experimentation.

PreSonus has a new ‘.multitrack’ format which is used to support the files, which can be opened, played and edited using any version of Studio One. If you’re not already a user of PreSonus Studio One, you can download the free edition, Prime, to get a taster. Once a ‘.multitrack file’ is downloaded and opened within Studio One, you will have access to original individual and vocal tracks.

The Mix The Music platform is free, and each multitrack download costs around $9.99, and on the download page you’ll be given a breakdown of what instrumentation is included in the file.

For more about Mix The Music, visit mixthemusic.com. More information on Studio One can be found at presonus.com