Yep, we were right, new versions of the Jupiter 8, Juno 106 and JX-3P synths on the way after internet ‘leak’ reveals all… We love ‘leaks’ but if the giants in music technology that are Yamaha and Roland ever build a ship, we’ll be the last to board it. The latest leak is the Roland Boutique range, the not […] 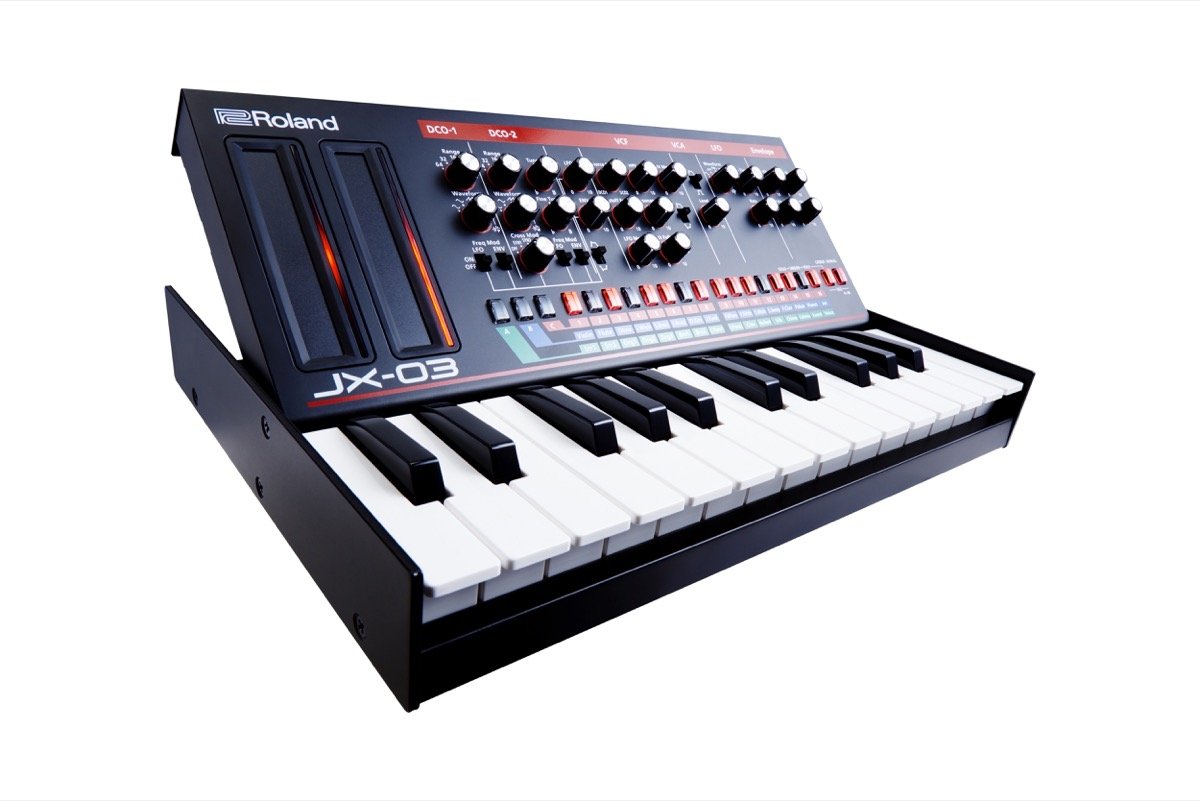 Yep, we were right, new versions of the Jupiter 8, Juno 106 and JX-3P synths on the way after internet ‘leak’ reveals all… 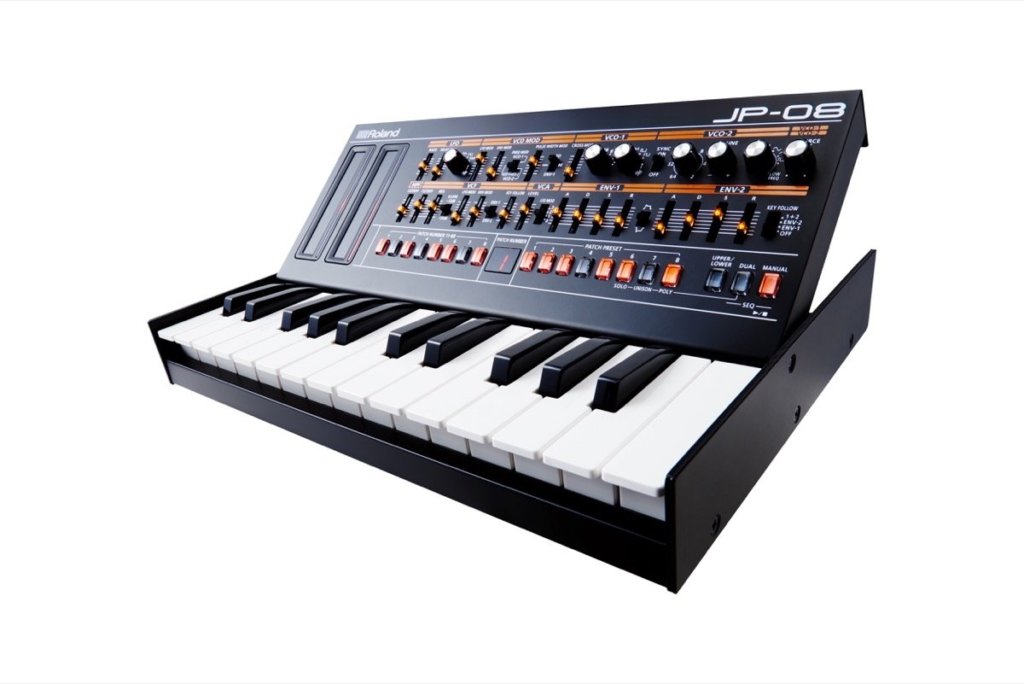 We love ‘leaks’ but if the giants in music technology that are Yamaha and Roland ever build a ship, we’ll be the last to board it. The latest leak is the Roland Boutique range, the not totally-unexpected news of a bunch of mini keyboards based on some absolute Roland classic synths: the Jupiter 8, Juno 106 and JX-3P.

b) Roland seems to be announcing so much, from so many different departments, that we’re a bit punch drunk. The company is very successfully, and this has to be said so we’ll damn well say it, making up for lost time after the departure of its founder Ikutaro Kakehashi. This man was adamant that Roland should look forwards rather than back so insisted no Roland classics would ever be remade or re-imagined in such a way as we’re seeing now.

So after his departure from the company we’ve had a slew of product including the AIRA versions of the 909, 808 and 303, a whole host of classics reborn into System-1 and the announcement of pure analogue System 500. So while we admit to still getting a little too excited when we see the pictures of this new range, we are aware that we have to damn well calm down a bit, as this is what Roland does now.

We could also add a final point c) which is that this new range isn’t analogue. But since it uses the same type of ‘digital’ that AIRA uses, they should be pretty damn close in sound to the original analogues so this may not be a problem…

Which just leaves one question: why the beck are these not part of the AIRA range?

Answer: because Roland would never make anything that easy to understand…

Anyway without further ado, here’s a bunch of ‘leaked’ pictures and text we found.

• Optional keyboard for each called the K-25m with 25 velocity sensitive keys (the world screams ‘not like the System-1 keyboard please!’). ‘Once docked in the keyboard, the module’s front panel can be tilted for convenient access to the knobs and sliders.’

• On-board 16-step sequencer can be used without a keyboard connected.

• The JX-03 ‘recreates the panel layout of the PG-200’, an optional controller sold separately from the original but one that certainly helped open up the programming potential of that synth.

• Additions over the original. All three have added extras not found on the original models including things like extra waveforms and modulation options.

• Chainable. You can chain units together so doubling polyphony which for the JX-03 is four voices.

• Price. The all important bit is not confirmed but we’ve seen the following

… and if these are confirmed that is great news, just in time for Christmas… 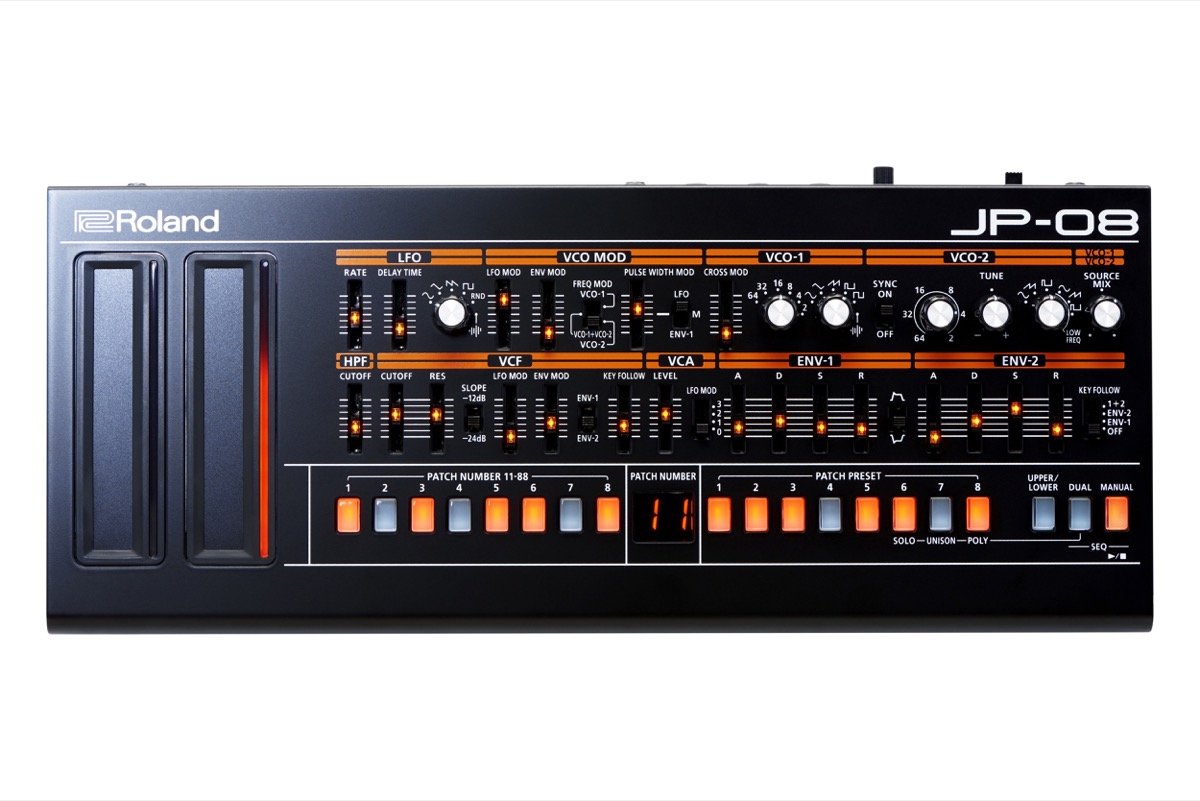 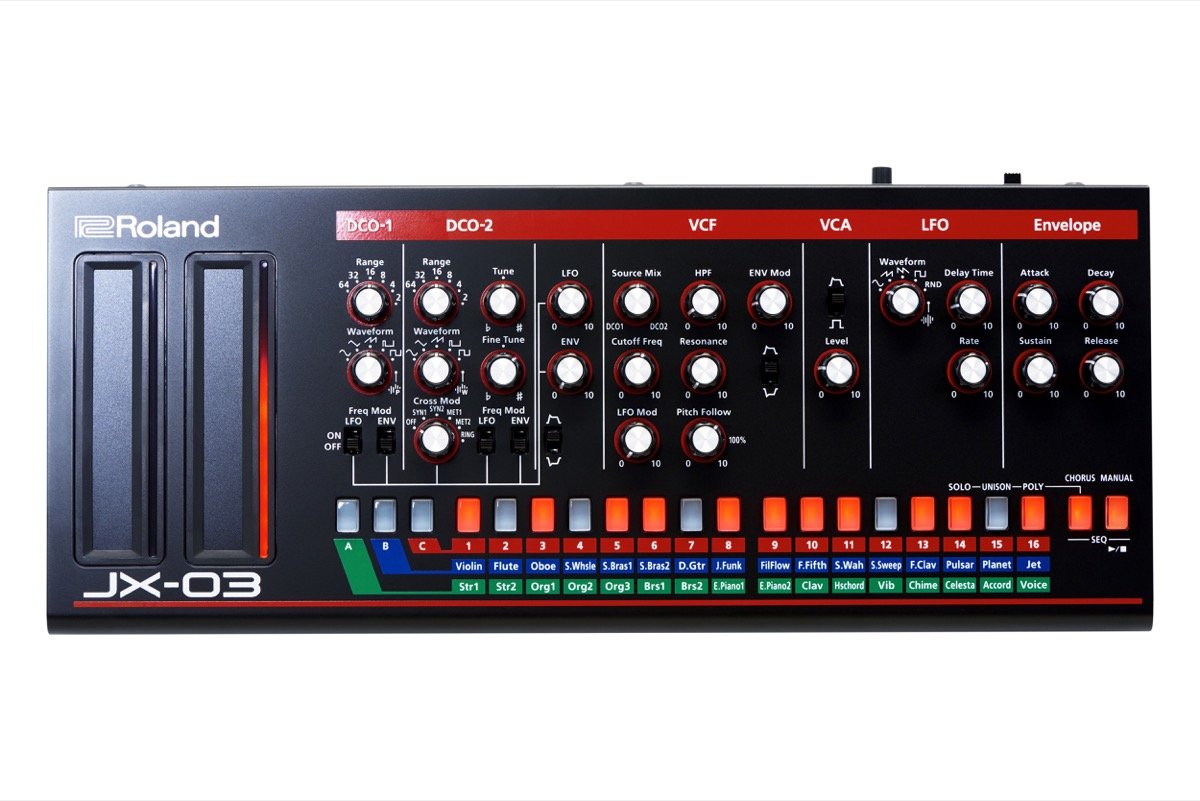 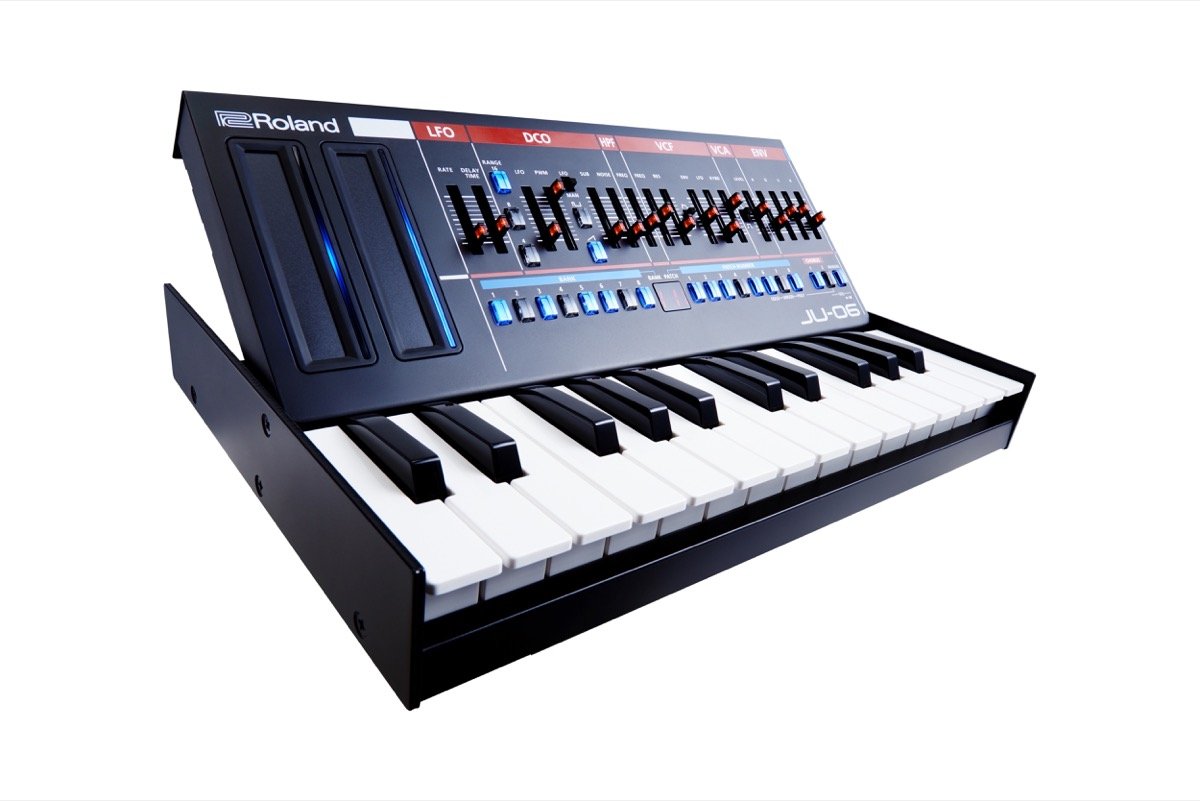 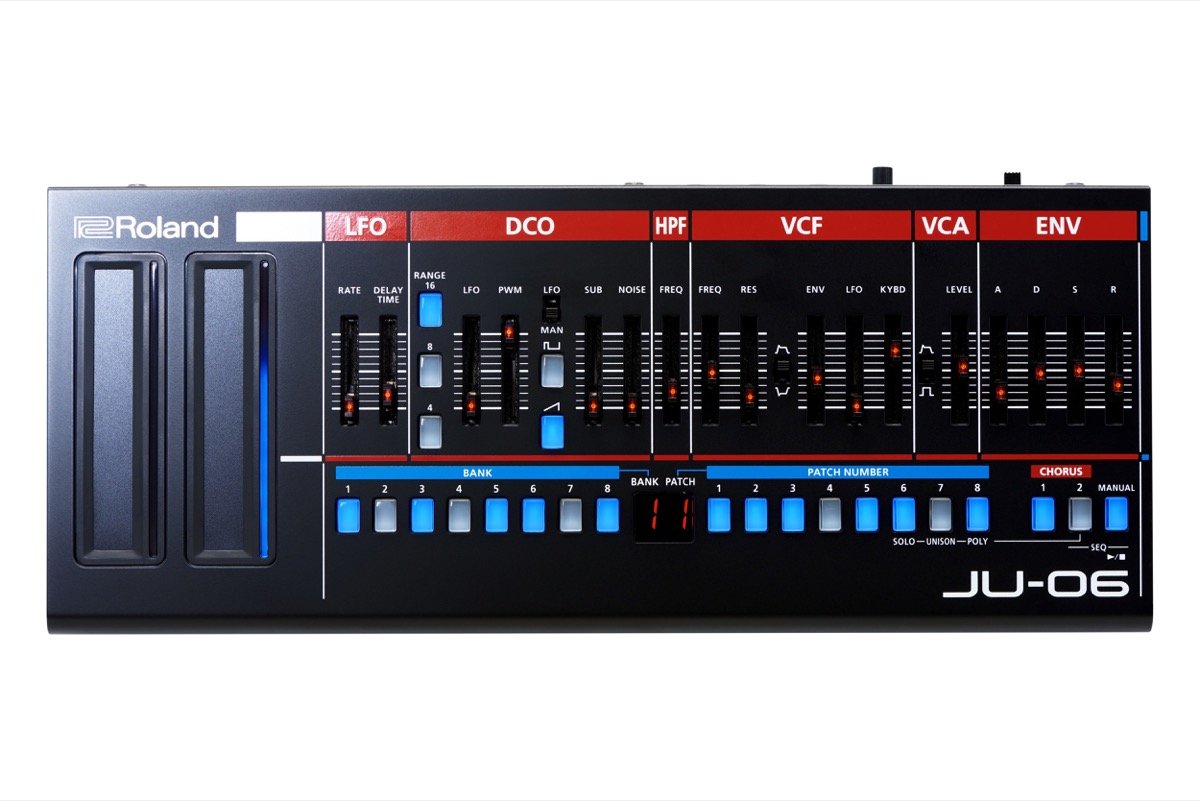