Vocoder functionality is available on all MicroFreaks via firmware update. 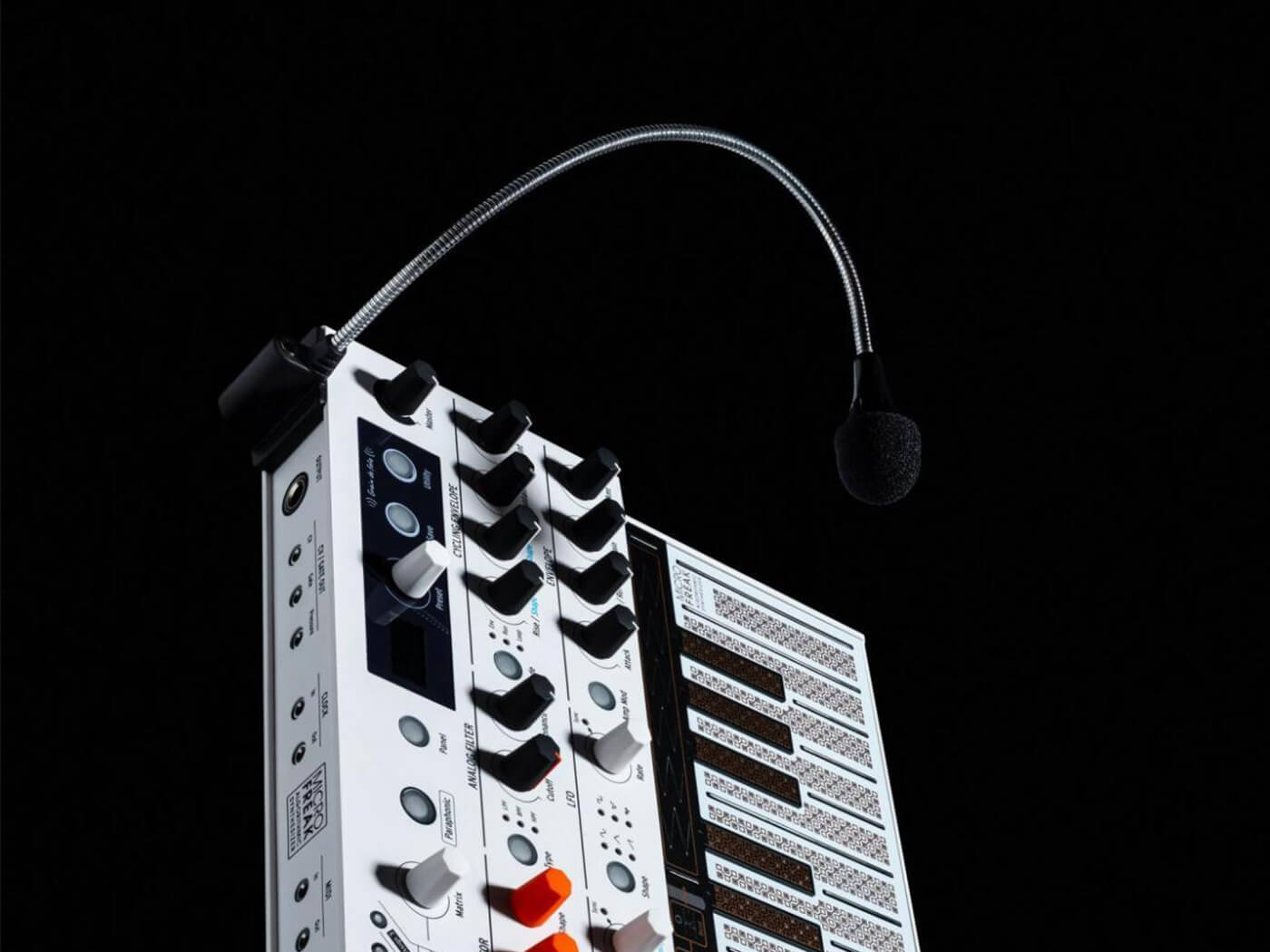 One synth enthusiast got quite a surprise yesterday (24 August) when they went to purchase an Arturia MicroFreak and walked away with a mysterious white version equipped with a vocoder.

The lucky buyer took to Reddit to elaborate on what happened: “I was asking the dealer of my local shop to see if the MicroFreak [was] still available; he said that the original version was out of stock and they don’t know that they will be available anymore, but they have the one with a vocoder. I was so confused that I thought they [got confused] with the MicroKorg. However, when I went to the store, [I] realised they were right! They have a MicroFreak in white and there is a mic for the new vocoder function. In addition, it is just around 25 dollars more expensive than the original, so I bought it without any doubt”.

Now, Arturia have revealed the mysterious synth to be the MicroFreak Vocoder Edition, which was officially announced today in conjunction with the synth’s 2.1 firmware update. The update adds a 16-band vocoder to the MicroFreak, and unlocks TRRS audio input which was previously hidden in the headphone jack. 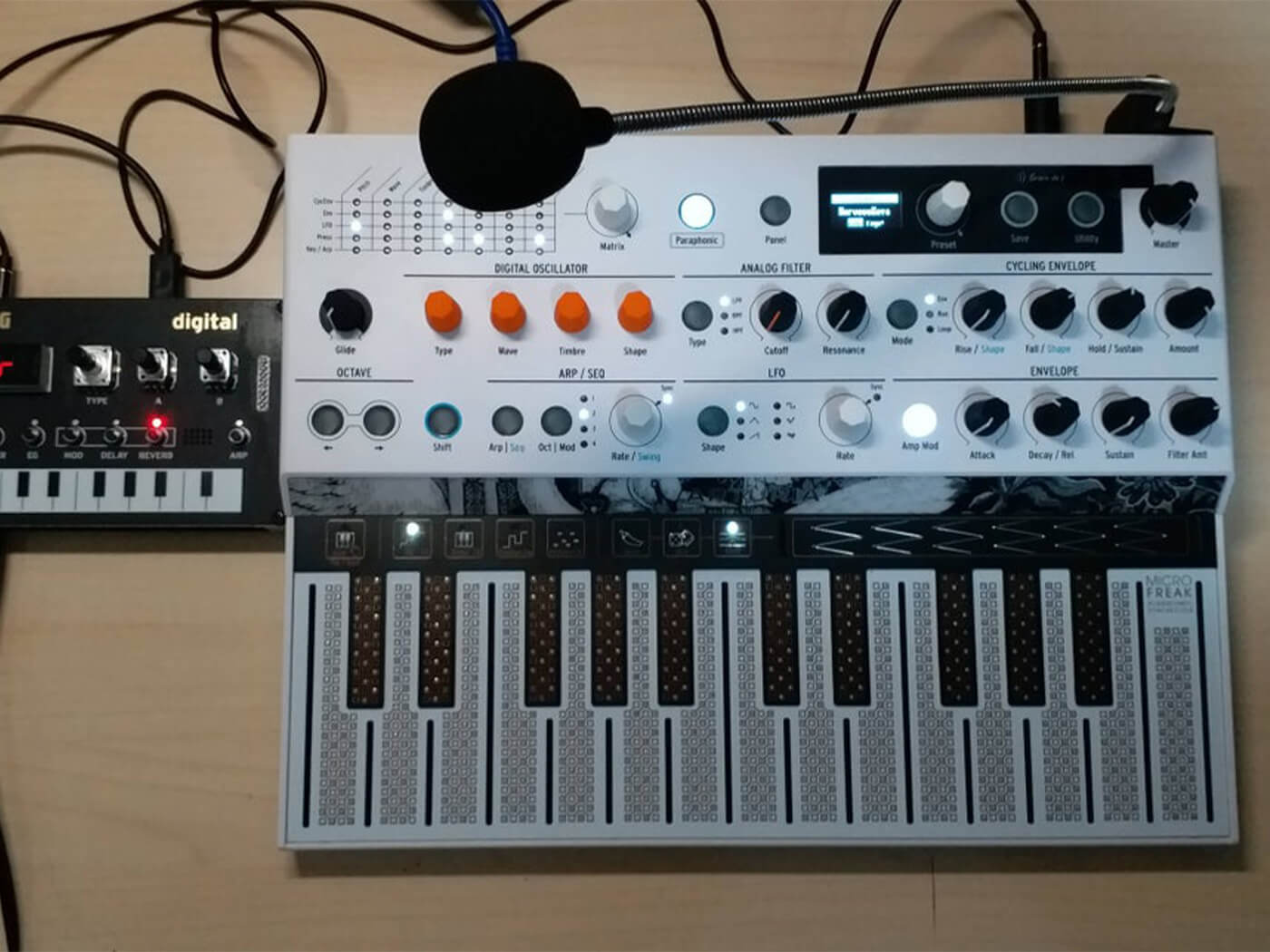 The new MicroFreak Vocoder Edition features 14 digital oscillator modes, analogue filters, a plethora of modulation/randomisation controls, and a powerful vocoder engine. The MicroFreak Vocoder sports a 16-band mode to transform your voice, with three waveforms, Timbre and Shape knobs to adjust the response of the 16 frequency bands. 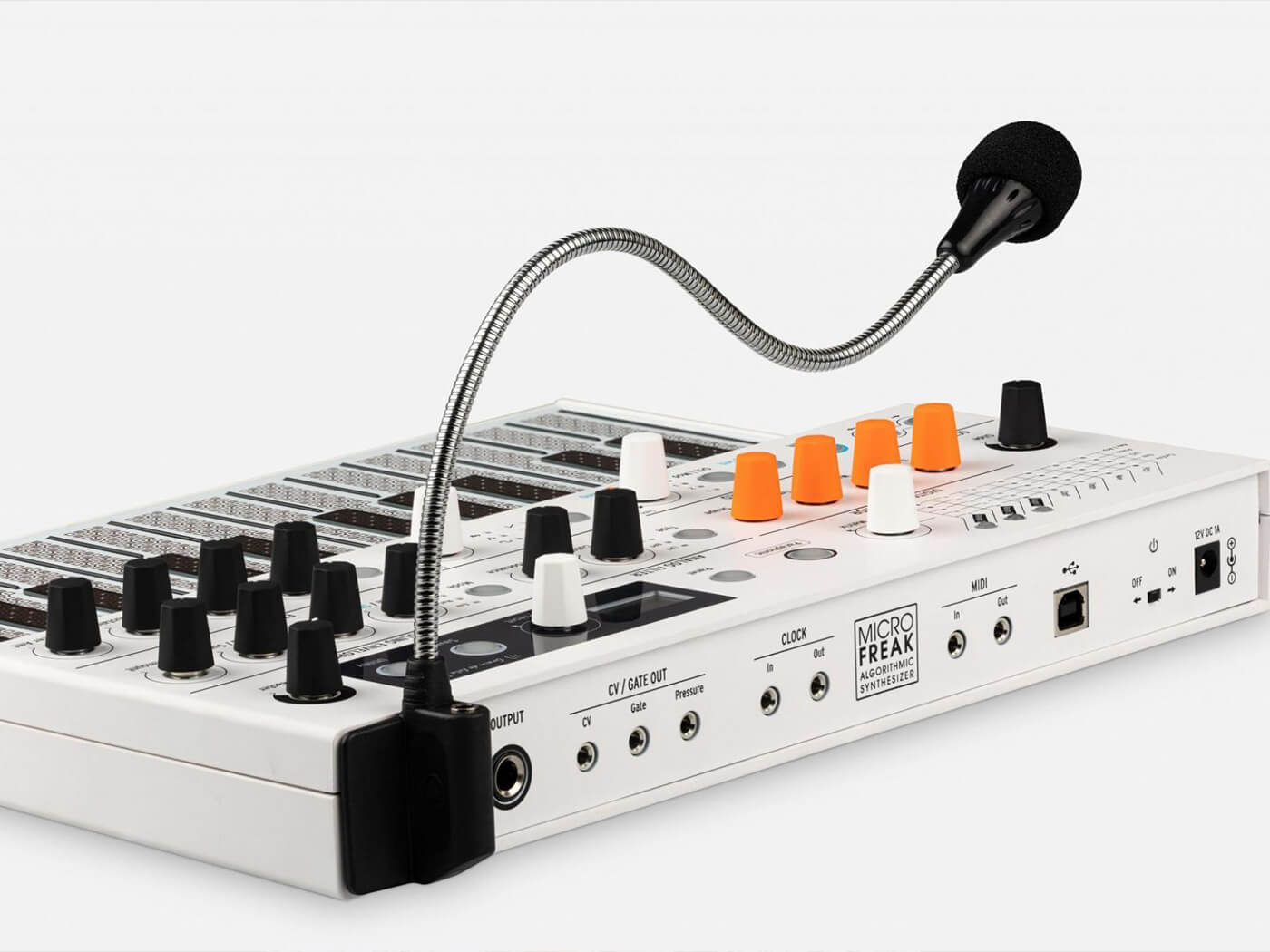 The most obvious difference to the original – other than the gooseneck mic, of course – is the bold white makeover. Other than the aesthetic differences and new mic, the MicroFreak Vocoder’s inner-workings will be just as familiar to users of its predecessor. Namely, its analogue filters, digital and wavetable oscillators, poly-aftertouch PCB keyboard, arpeggiator and sequencer. 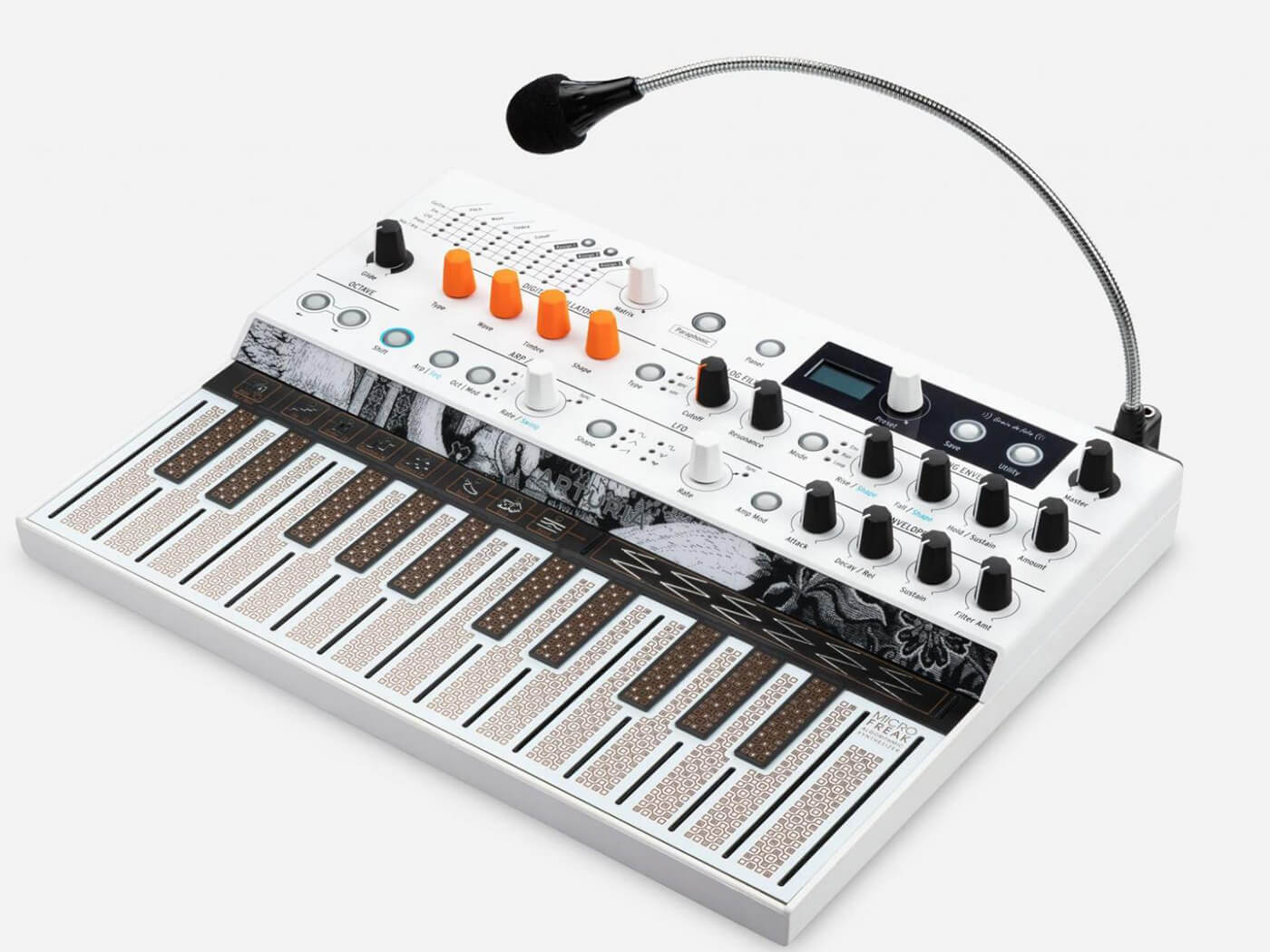 Check out the full specs below.