Propellerhead ReBirth for iPhone to be Pulled

Propellerhead’s popular iOS app ReBirth is to be discontinued it was revealed via a post on Propellerhead’s online forum.   Kalle Paulson – Product Manager for Propellerhead Apps stated: “If you want ReBirth for iPhone for your collection of Propellerhead apps, you have until June 1st to purchase it, after that, you’ll be able to […] 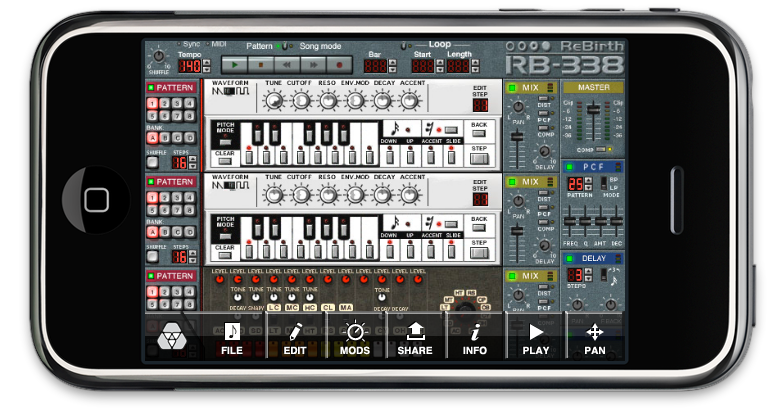 “If you want ReBirth for iPhone for your collection of Propellerhead apps, you have until June 1st to purchase it, after that, you’ll be able to use it as it is, but we won’t be supporting it and you won’t be able to upload your songs. You also won’t be able to download it again if you delete it from your device and your iTunes apps folder”

ReBirth has proven to be a highly popular app , an emulator of Roland’s TB-303 Bass-synth and TR-808/909 drum machines and this announcement will undoubtedly come as a shock to those who regularly use the app for their mobile music making needs. ReBirth started life as a desktop program before being re-released as a fully formed iOS app in 2010 and has been very highly regarded as an innovative app.

Could this mean that a replacement app that does a similar job is on the way? We’ll have to wait and see!