Plugin Alliance and NEOLD revive the Telefunken V76 and U73 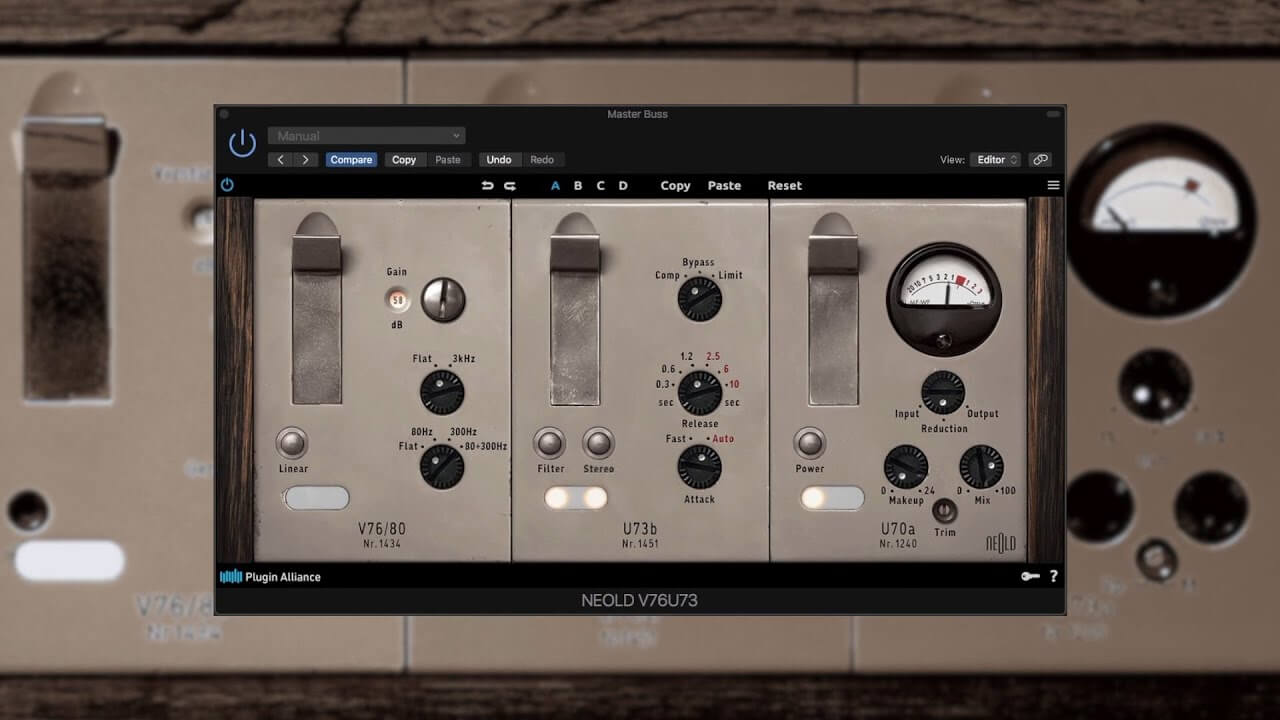 New to the Plugin Alliance is NEOLD, a software development company owned by Dominik Klaßen, the original co-founder of Elysia. Its first release is the V76U73 plug-in, designed to meticulously emulate the character of two highly sought-after pieces of 1950s hardware – the Telefunken V76 preamp and U73 compressor.

The Telefunken V76 is a studio icon and can be heard in countless productions from the 50s to modern-day recordings. Its rich and smooth sound is desirable, to say the least; it’d be a herculean task getting your hands on one now. The U73 compressor/limiter complements the tone of the V76, adding smooth-sounding ‘variable mu’ dynamic control that prompted engineers and producers to nickname it ‘The German Fairchild’.

NEOLD V76U73 is a “painstakingly accurate emulation” of the analogue circuits and components of the legendary hardware, a spokesperson tells us. The plug-in combines the sound of the two devices into one easy-to-use interface, with some additional features that bring it into the 21st century. This includes a Linear function that captures the V76’s textures without its band-limited frequency response, and a sidechain filter, mix knob and stereo mode selector on the U78 compressor. Meanwhile, automatic Gain compensation adds saturation and pleasing harmonics without drastic jumps in level.

With the V76U73, then, hunting around marketplaces for these studio relics might be redundant. The plug-in makes it possible to “feel that instantly compelling old school vibe building up track by track when applying multiple instances of NEOLD V76U73 to instruments and busses”, the brand says.

“NEOLD V76U73 brings that instant warm character to any source you put it on. You were lucky to have access to a pair of them in the studio; now I can get that feeling natively on as many tracks as I like”, says Grammy-nominated mixing engineer Damien Lewis (Beyoncé, Katy Perry, Rihanna_.

NEOLD V76U73 is available as in AAX, AU, VST2, and VST3 formats for macOS and Windows. It’s currently on an introductory price of $200 USD until 13 September, rising thereafter to an MSRP of $250 USD.

Find out more at plugin-alliance.com