Popular compact MIDI keyboard for Ableton Live is improved with a host of new features. 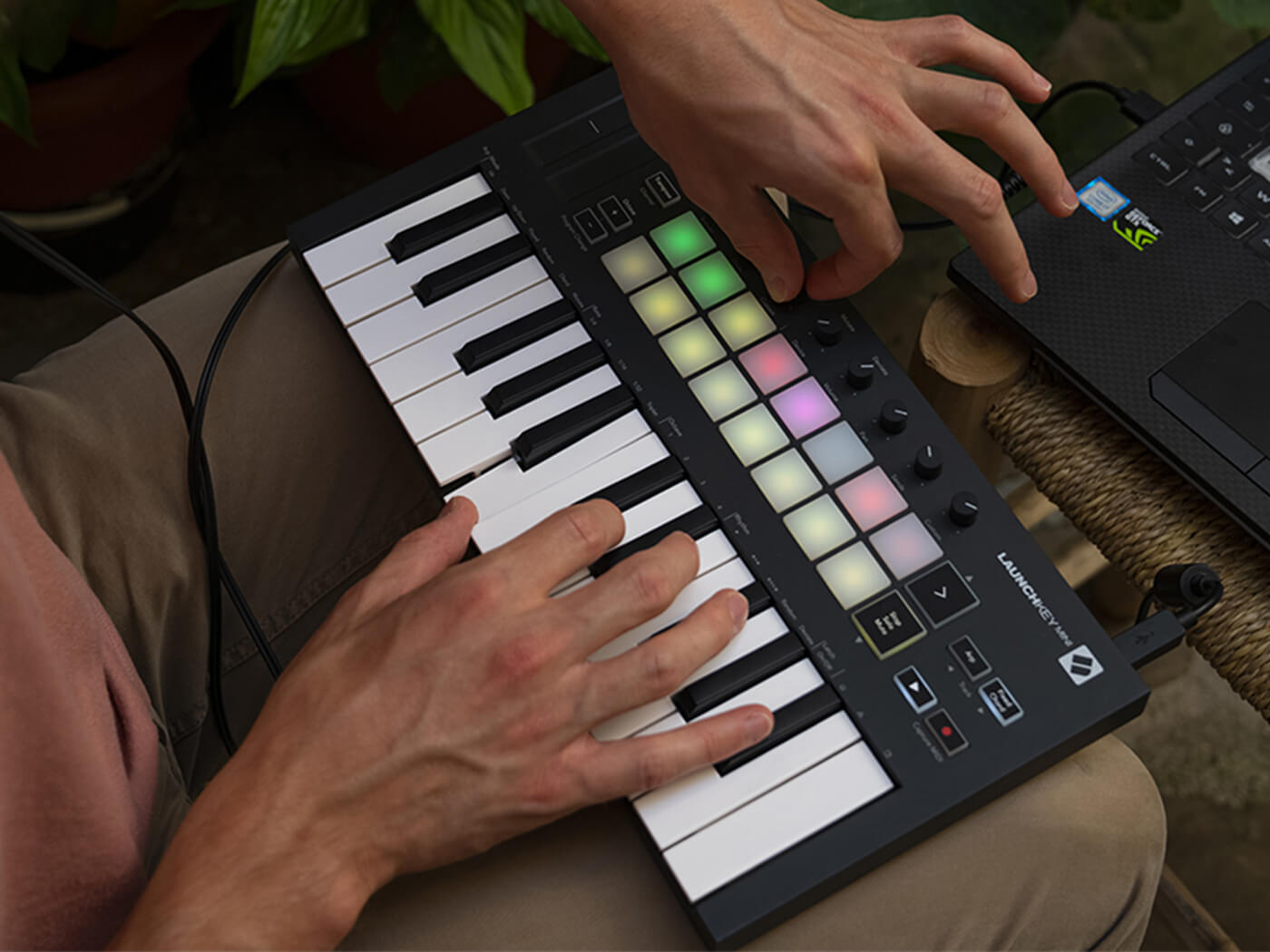 The much-loved Launchkey Mini has proved itself to be a fine companion for the producer on-the-go, with the versatility to play and record beats in real time at a seriously modest price.

Novation promises nothing less with its new version, making their keyboard more adaptable and playable than ever before. The updated Lauchkey Mini keeps the 25-key, 16-pad set up from the previous model, and adds some neat extra features for taking control of your session without the need for constant mouse-clicking.

Boasting an arpeggiator, Fixed Chord mode and new pitch and modulation touchstrips, the third generation Launchkey Mini is designed to allow greater creative expression than its predecessor, letting new melodic and chordal patterns from a single note. And, with a shortcut button for Ableton’s Capture MIDI function, you won’t have to worry about losing a performance – even if you forget to hit record.

The Launchkey Mini’s 16 backlit pads are now fully RGB, there’s a new sustain pedal input and it also features Novation’s “most responsive mini-keymech yet”, according to the brand. 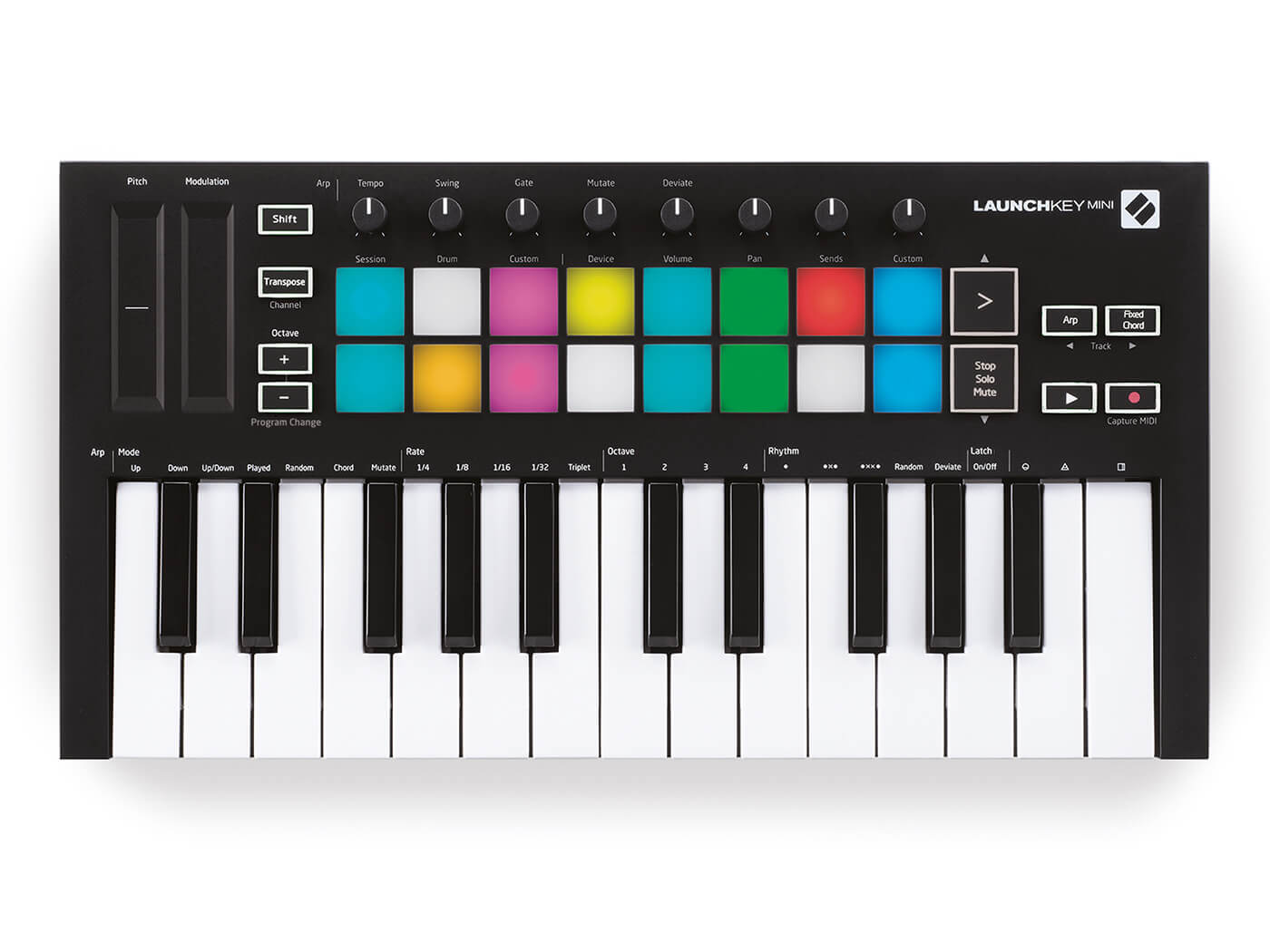 While the original Launchkey Mini, launched in 2013, was partly designed to cater to iOS producers, the new version accepts the current reality that control over external hardware is also a necessity. To that end, it adds a dedicated MIDI Out, making this an intriguing prospect for DAWless producers, too.

Usefully, the transport controls return on the latest version of the Launchkey Mini, plus Mute and Solo buttons, and eight knobs that can control volume, pan, send and custom parameters within Live and your plug-ins. Launchkey’s mapping flexibility lets you delve into Logic, Cubase, Reason or any other HUI compatible DAW, with templates included straight out of the box. Not to mention the virtual instruments and plug-in effects that come with the Launchkey from AAS, Softube, Spitfire Audio, XLN Audio and Klevgrand, as well as a membership of Novation Sound Collective, which will bring you new free content from Novation’s plug-in partners every month.

This will all fit in your backpack as well, making it a strong contender against Native Instrument’s Komplete Kontrol A25 and Akai MPK Mini mkII. We look forward to getting our hands on one.