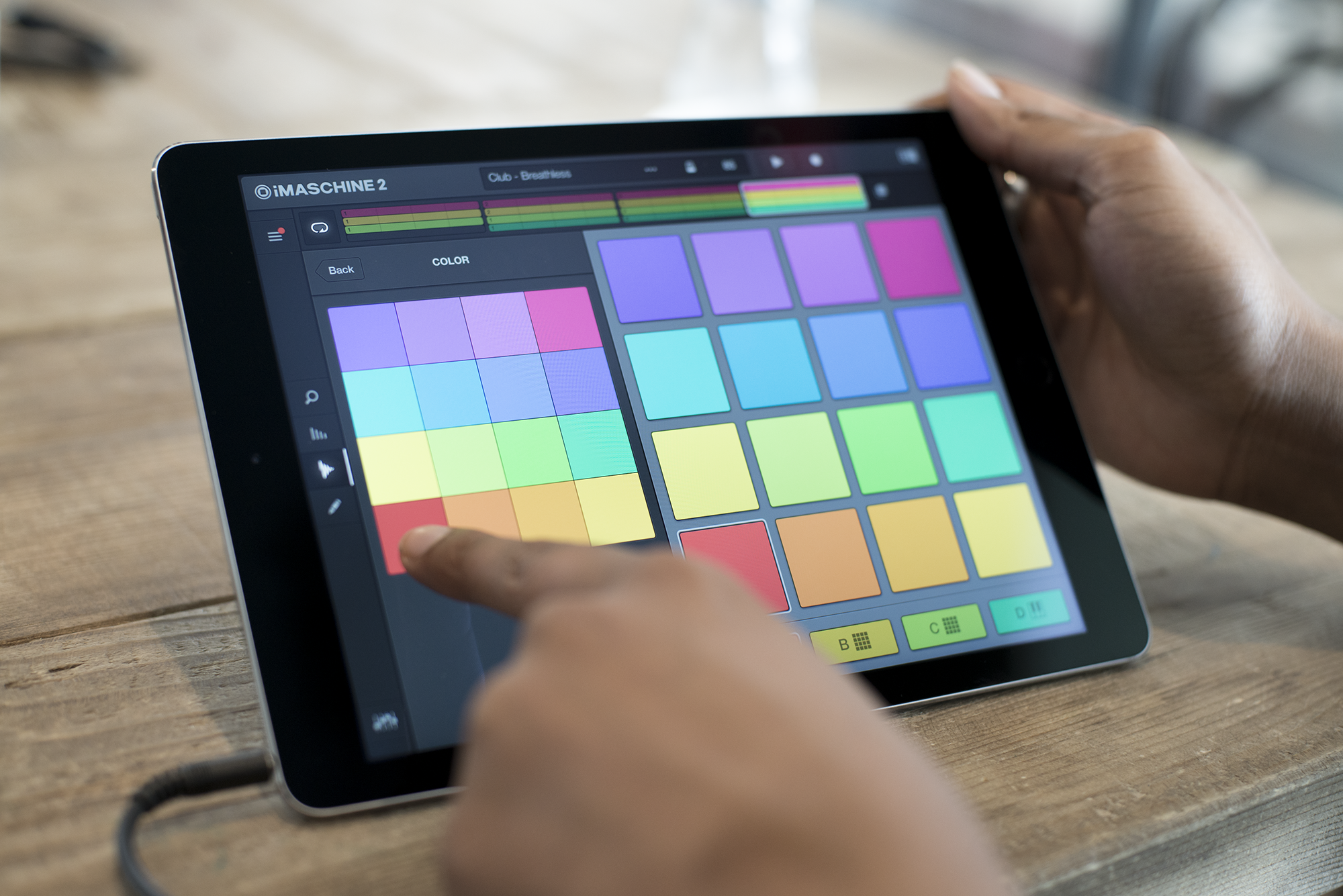 Native Instruments have today introduced the amazing looking iMaschine 2 – the follow up to the hugely popular beat making tool for iOS. Read on for more info…

Berlin, November 12, 2015 – Native Instruments today introduced iMASCHINE 2 – the follow up to their acclaimed beat making sketchpad for iOS. iMASCHINE 2 expands on the original with a new set of powerful features, including the Arranger, Step Mode, and Smart Play functionality. It
is also the first music production app to include optimizations for the new 3D Touch features on iPhone 6s and 6s Plus.

The app is aimed at users of the original iMASCHINE, as well as iOS users who want to start making music at an affordable price. It is also the perfect mobile complement to the full home studio setups of MASCHINE hardware owners. iMASCHINE 2 normally costs $9.99, but is available at the Apple App Store for a special introductory price of $4.99 until December 1, 2015. 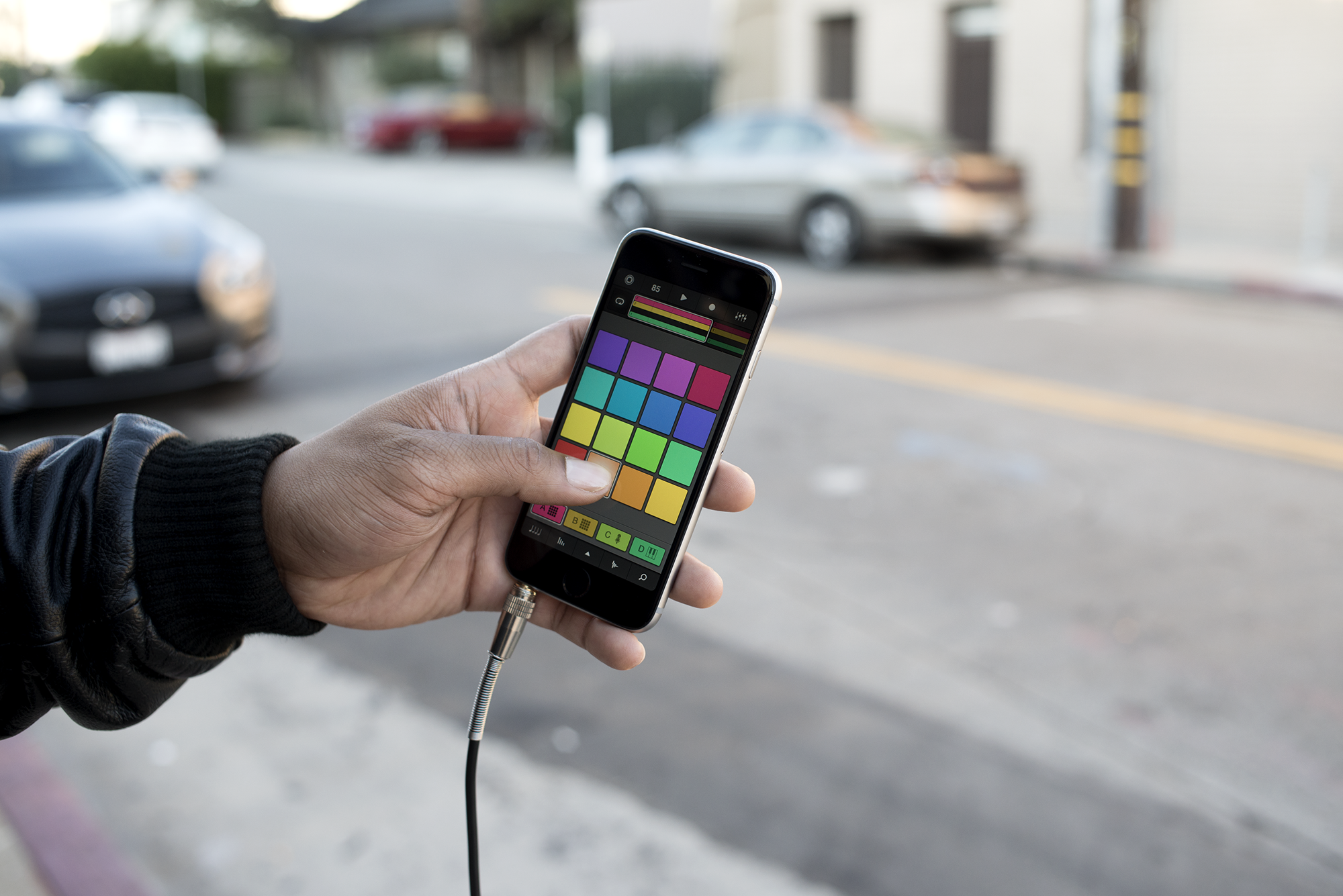 iMASCHINE 2 adds new, powerful features to the acclaimed simple workflow of the original. The Arranger allows producers to turn loops and scenes into full tracks by creating different patterns per group, and then adding, moving, and deleting song sections.

Step Mode facilitates drum programming with no finger drumming skills required – users can use the 4×4 pad grid as a step sequencer to produce loops. The new Smart Play keyboard introduces Scale, Chord and arpeggiator functionality to iMaschine 2, allowing users to play chords, melodies, and basslines that are always in-key. Scale mode offers users to select from a variety of traditional and non-traditional scales, while

Chord mode will turn a single key stroke into a full chord, which is especially useful when working on a mobile device. Within Chord Mode, the new Chord Sets present ready-to-play progressions to inspire and augment compositions.

Furthermore, a powerful arpeggiator makes it easy to add dynamic motion to a track. Projects created with the original iMASCHINE open effortlessly in iMASCHINE 2, allowing producers to use these new features on all their tracks.

iMASCHINE 2 introduces color coding for fast visual organization of projects. Users can now find sounds and groups by color and navigate through songs with ease. For users of iPhone 6s and 6s Plus, iMASCHINE 2 makes creative use of 3D Touch – Apple’s latest interactive feature.

For example, when using the Note Repeat feature, 3D Touch adjusts playing dynamics based on how hard users press a pad, mirroring the functionality of MASCHINE hardware. In the same mode, users can also adjust the rate – the harder a user presses a pad, the more rapid the rate is played.

Producers can accelerate their workflow further with 3D Touch Quick Actions for entering Step Mode, muting pads, or erasing notes, and even to open up a new project or directly enter the field recording function from the home screen of their iPhone.

iMASCHINE 2 includes the Mixer page, effects, and sample editor from the original software. The Mixer page allows for level balancing of each of the four groups in iMASCHINE 2. The effects section lets users quickly and easily add space, motion, and additional sound shaping to a track with professional effects. 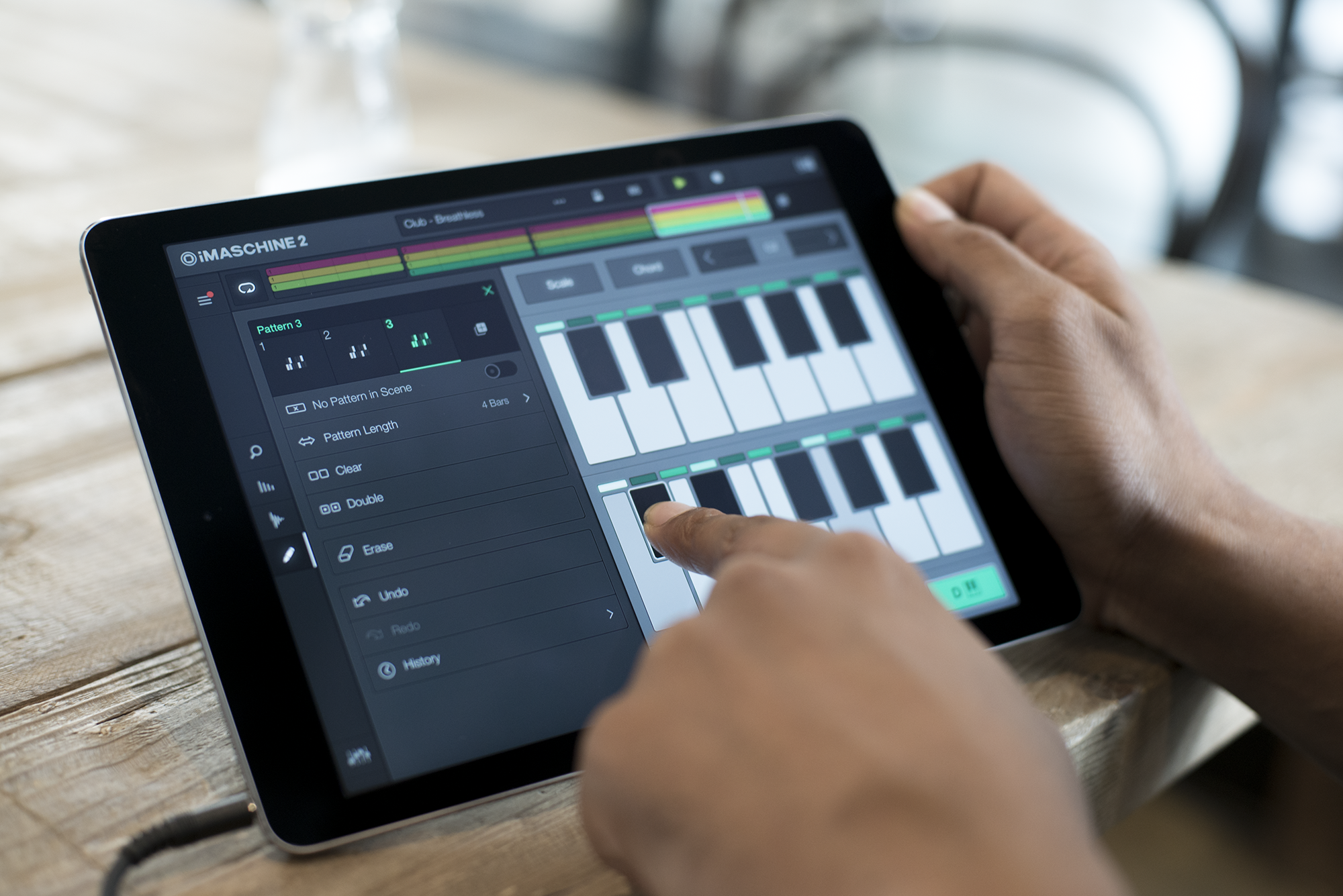 A convenient sampling feature allows producers to import music directly from their iTunes music collection, or create their own sample library. Once finished, projects created in iMASCHINE can be exported and opened in the full MASCHINE software for further adjustments and finalization, or uploaded directly to Soundcloud.

A video featuring producer TK Kayembe creating a track over the course of one day in Los Angeles has been released to demonstrate the new features in iMASCHINE 2.