MusicTech editor Andy Jones is in heaven as NAMM 2016 shapes up to be the mother of all synth shows – great news for ALL of us music producers… People like to give themes to NAMM shows – well, I do (when you’ve been to as many as I have, you try and remember them […] 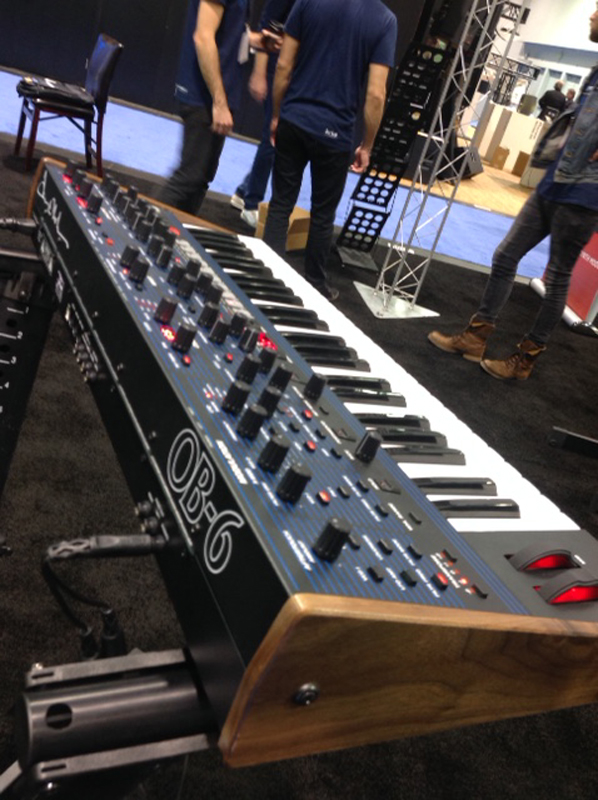 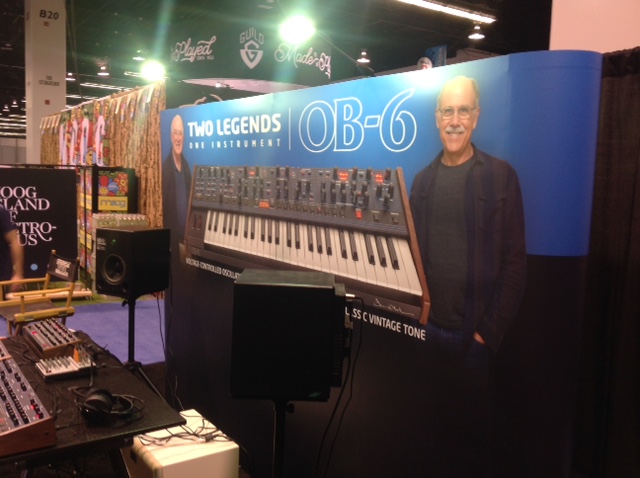 People like to give themes to NAMM shows – well, I do (when you’ve been to as many as I have, you try and remember them in historic, themed chunks). So there was ‘the iPad show’ a few years ago, when everyone wedged their new music production gear into Apple shaped tablets. Then there was ‘the software year’ when the entire music gear community announced that every studio item was going to be replaced and recreated in software and the NAMM show was essentially just a laptop running in an aircraft hangar.

This year was always going to shape up to be ‘the hardware synth year’ – even the pre NAMM rumours suggested so: more cool modules from Teenage Engineering (true!), a new synth from Yamaha (true!), an ARP 2600 from Korg (in a secret room maybe? Not found it yet so doubt it), and a stack of Eurorack modules (true!).

So, yes. NAMM 2016 is all about the synths. Those who know me will realise that I love that, but even if you don’t like synths, the hardware trend that they are pointing to does mean an exciting time in music production for all of us, but before that, here’s more on the new NAMM releases.

Firstly the star of the show, the OB-6, from Oberheim and Dave Smith. Yep, you read that right – it’s like a supergroup of synth design as when Dave met Tom, they decided to make a synth and the result was ‘moider’ (sorry Heart to Heart fans). 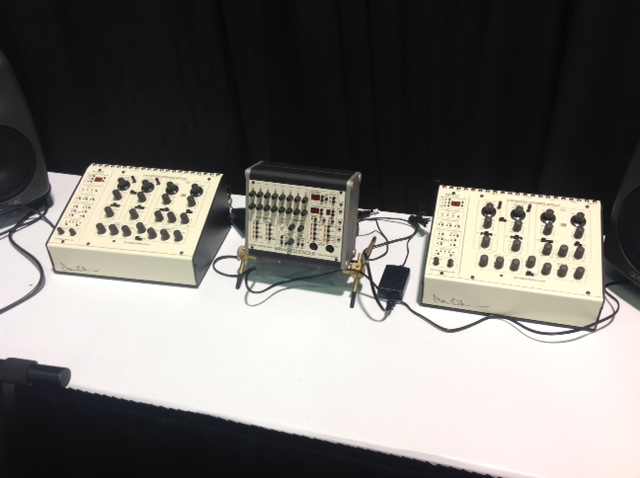 Actually the result is incredible. I snuck into the show before it opened (quite by accident, of course – I wasn’t trying to get in before the show opened to get some sneaky early pictures, oh no) and the Ob-6 was sitting there next to Sequential’s awesome (sorry y’all, I’m in America) Prophet-6, a synth so good I bought it after writing my review. Where that is a gent, a true synth with a true tone and one you can create monster sounds with, the OB-6 is an out and out dirty and rude kid from the off, with more snarl than your teenage kids. 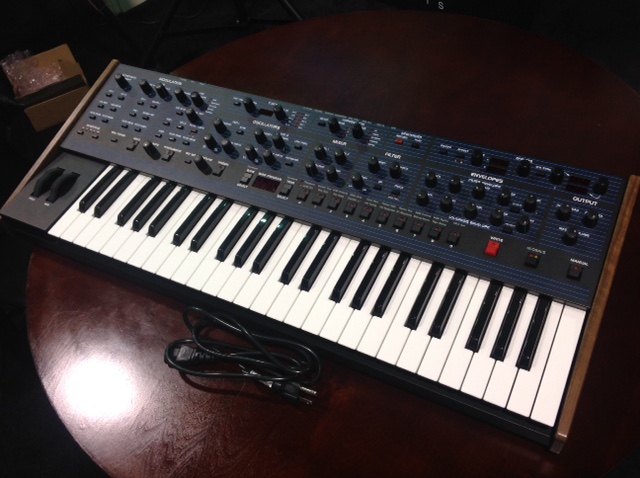 Talking of which, and not quite synths (actually not quite anything you can easily categorise), Teenage Engineering had three more Pocket Operators on show. These are chip tune devices for beats, melody and office noise. Yes, office noises. We loved the originals from last year so these are bound to shape up to be as good, if more lo-fi versions. 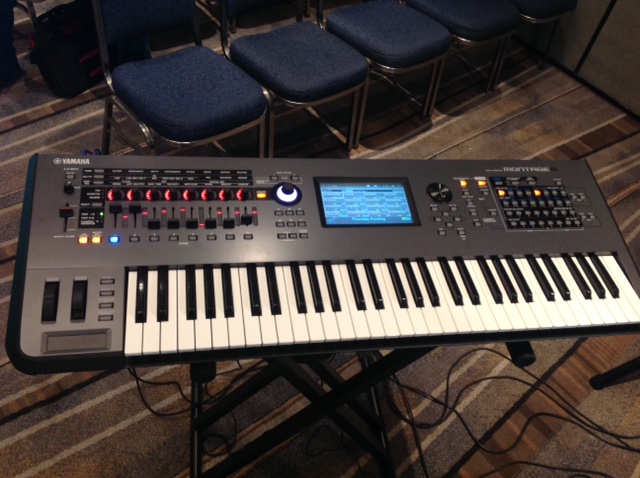 On to hi-fi, and at the other end of the scale it’s a new mother ship from Yamaha, the Montage synth designed with both Motif and FM engines, and one with a bloody great big colourful knob stuck in the middle of it, which turns out to be its genius. In the demo this was used to control multiple parameters, including FM – those wanting sound design, movement, and huge sounds, start saving now (it’s £2700). Where everyone is going analogue, I wonder if this is a shrewd move from Yamaha – not everyone wants retro and synths like this are now bizarrely in short supply.

But let’s just go analogue for a bit. Korg’s minilogue (surely an anagram of Kylie Minogue) is analogue, polyphonic and about £500, and everyone I know who has tried it, has swooned over it. It looks damn cool too. Over the last 20-odd years  I do recall asking several high up people in various huge synth companies why they couldn’t re do analogue synths and the answer was always one of cost – that is certainly not an issue now. 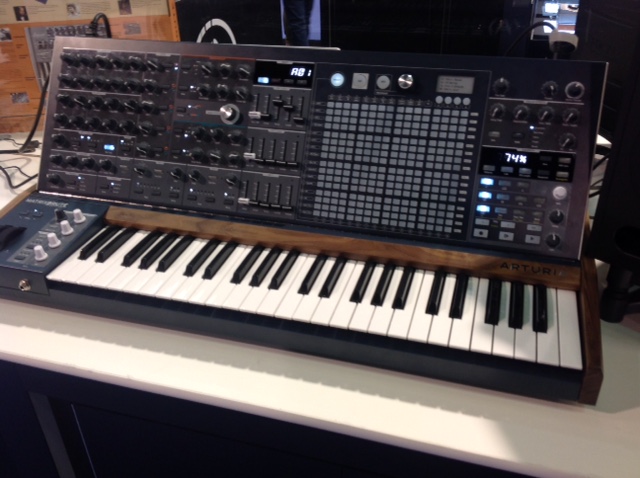 The Arturia MatrixBrute does look incredible, not least because if you get bored programming it, you can enjoy a game of battleships on it*. I did see this in its early stages of design, although the last time I saw it it was a prototype concept made of cornflake packets so it’s nice to see it in a more solid form and I can’t wait to get hold of it properly. 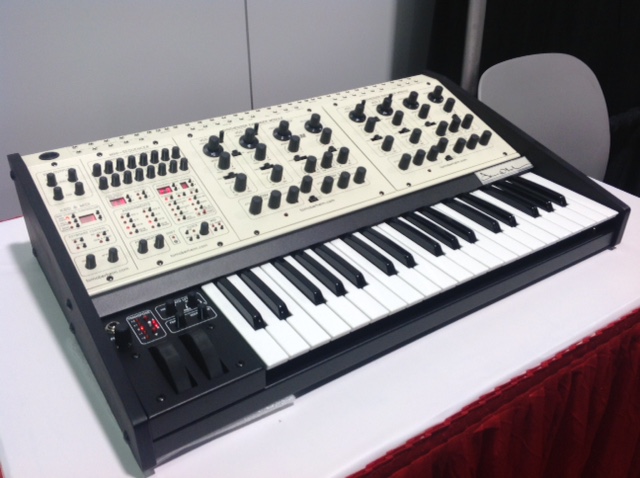 Oberheim also has a modular system on show which could rack up into a keyboard with a sequencer. It was slap bang in the middle of the all new analogue synth area. At one time at NAMM modular synth companies were shoved to one side or grouped down in hall E, away from normal human beings, but such is their rise in popularity, all the companies are now in the main hall, and there are so many bespoke synth companies to talk to, that I’ll bring you more soon in a new report.

So NAMM 2016 carries on music production gear’s return to hardware and a return to more hands on music making. It’s a trend that we saw yesterday, with Denon’s new controller, is continuing into the DJ arena too, and ultimately hardware like this means better control, better work flow and a better creative experience for all of us.

Tomorrow, doubtless more synths, plus we have collaboration via your phone and computer – yes you can’t get rid of your Mac or PC just yet.