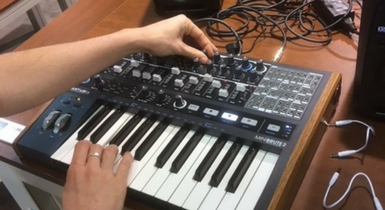 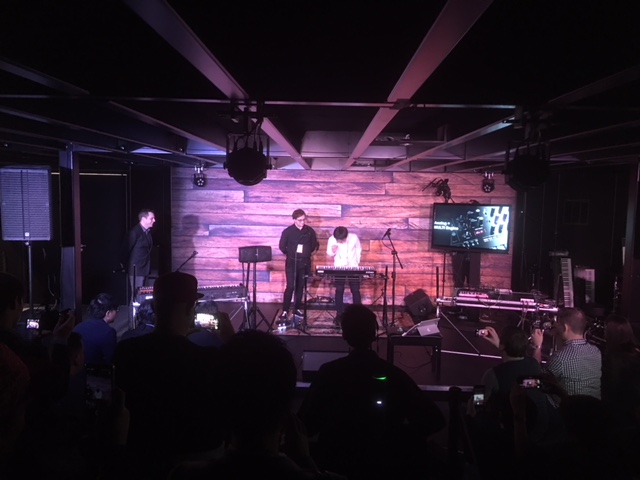 It’s officially Day 1 of NAMM 2018 although we’ve already reported back on some early shenanigans from yesterday as the NAMM show spreads both its girth – there’s a massive new hall – and seemingly its length (it now unofficially starts on Wednesday rather than Thursday).

I’ve been in one secret room, one major press conference and been bombarded with news. More of all of that over the next three days but I can tell you now that it’s shaping up to be another show of hardware synthesis. We’ll be investigating the new hall later but first up, my first proper NAMM 2018 appointment and it’s the Korg press conference…

Now this is unusual, Korg doesn’t usually do official press conferences at NAMM – or at lest the company hasn’t done for a while – so there is clearly big news coming from them. And right from the off it’s the news we’ve been known about with the announcement of the latest and greatest member of the Korg ‘Logue’ family.

We’ve had the monophonic Monologue and the four-voice poly Milogue and now the flagship Prologue weighs in at 16 voices and is bi-timbral so it can fire out two different sounds at once. It looks the part too – wedge shaped, lean and incredibly welcoming.

There are two models, the full 16-voice 61-note and an 8-voice 49-key version and they’ll be priced at £1739 and £1299 respectively so, on the face of it, the ‘incredible price’ trend started by the Mini and Mono is not set to continue with the Pro but when put against similarly spec’d models from the likes of DSI, those prices are not bad at all. And the sound? Very impressive at the press conference indeed…

Another interesting one from Korg is the KR-55 Pro that, while not a complete recreation of the original Korg KR-55 Rhythm, a big fat classic drum machine packed with classic 80s sounds, does have a vintage feel about its push button ways and wooden style finish.

There are effects, ‘Real Groove Technology’, 24 percussion styles, mixing and recording and it’s only £259 (shipping March/April). Volca Mix is Korg’s new way to bring its Volca range (kind of ) under one roof. It’s a 4-channel performance mixer with performance effects and will retail for £145 (due next month).

There’s a lot more from Korg including a new D1 digital piano, but the final notable one from the company is its new ARP Odyssey bundle featuring the full-sized Odyssey that sold out of its limited edition run so quickly last time around bundled with an SQ1 sequencer.

Again you’ll have to be quick on this one as it’s a limited run again but all three colours representing all three of the original Odysseys will be made (although they each feature all of the filters). Cost is £1459, shipping April/May.

Moog always make a splash at NAMM. Last year it was a stand with nothing on it. Then there was the Moog garden. This year…. well they are not actually here but in a house 100 miles away in downtown LA! DFAM (Drummer From Another Mother) is their new beat maker designed to take the spotlight away from the synths. 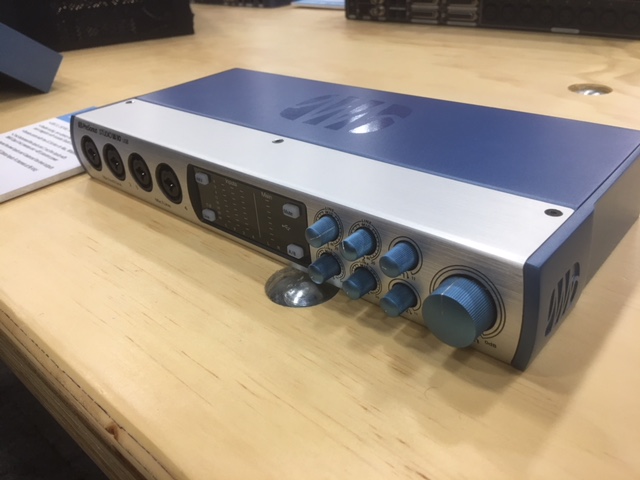 This analogue drum synth is ‘for human-beings of any age to quickly begin synthesizing new and unique rhythmic compositions’ and is a truly hands on beast featuring a couple of oscillators, an 8-step sequencer and loads of hands on tweakage to twist the percussive sounds into something new, crunchy or downright weird.

Now this is possibly my product of the show and we’re only technically half way through day one and it’s not even here! It’s shipping now for $679. 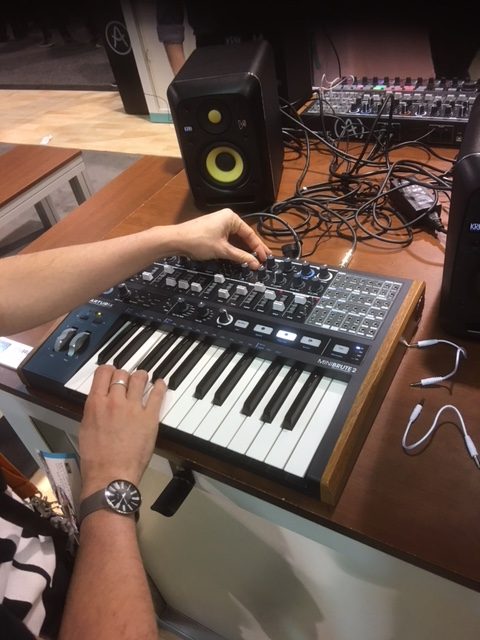 Two Brutes from Arturia and a rack… 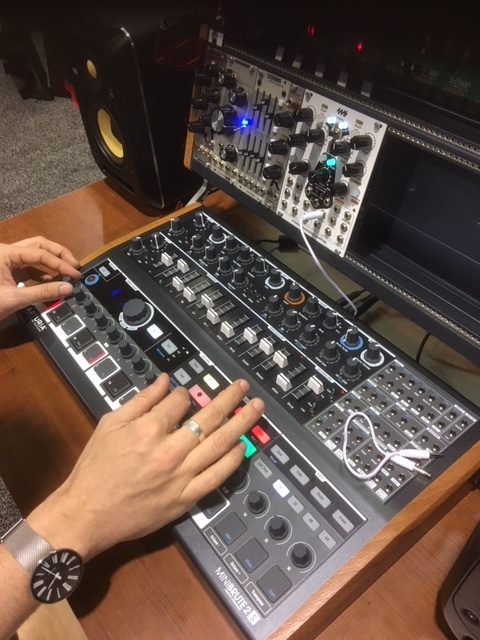 Arturia made its NAMM announcements in a blaze of daily publicity a few days before the show so you’ve probably seen the products. First we have the MiniBrute 2 which is a semi-modular synth designed to slot nicely into the world of modular synths with a CV/Gate matrix that not only lets you reroute its innards but also patch out to your Eurorack set-up.

Both synths will be £599 with an ETA of March. Finally, as if it isn’t obvious that Arturia wants in with the Eurorack community its third product is, well, a Eurorack! RackBrute is a powered 3U (£240) or 6U (£330) case that sits nicely with either MiniBrute but also standalone for any easy Euroracking. There’s even a case (more details TBA) called RackBag. BagBrute would have been better. Or CaseBrute.

Elsewhere Roland had quite a bit of pre show news but the buzz here is all about the software 808 and 909 that are both now available with a subscription to the Roland Cloud. Now don’t get me started on this. When did it become ok to subscribe to software for music production rather than, you know, just owning it?

And also Roland was a company that once refused to look back on its laurels but now seems to be repackaging and representing its history in whatever shape or form that it can. To be fair they do look pretty cool but how many more classic acid beats do we need?

Rant over. It’s late and perhaps I’m NAMMed out…

Over the next two days I’m meeting Teenage Engineering in a car park, pretending to be uber cool at an Ableton party, attending a swanky awards do and tracking down more news for you from Yamaha, Avid and many more as we enter that new building. Stay tuned 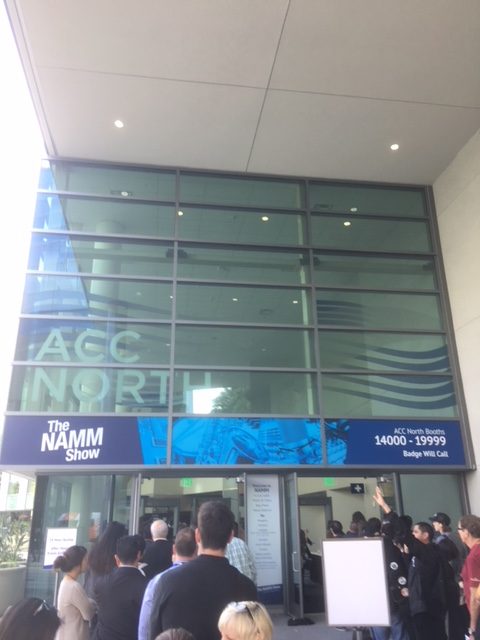