This year’s new music gear show kicks off a day earlier than normal for Roland’s press conference and a special Press Preview. Good job MusicTech’s Andy Jones got to California early… A day early? What do we mean? Well, the NAMM show, held every January in California, has, for the 20-something years I’ve been attending, […] 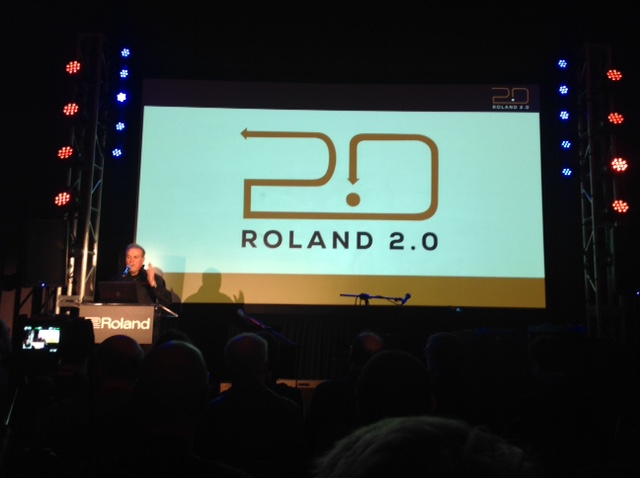 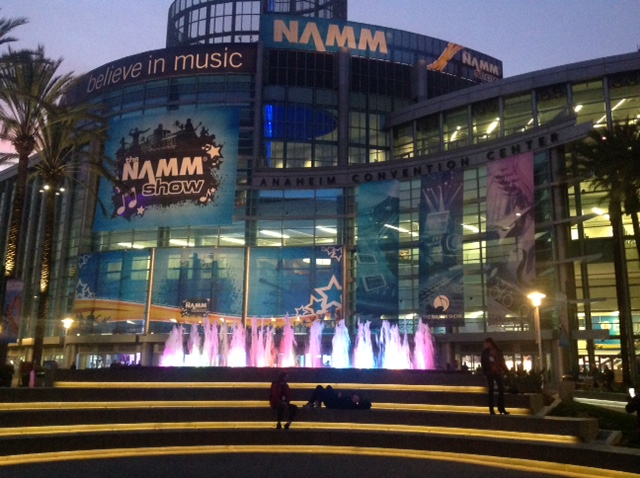 A day early? What do we mean? Well, the NAMM show, held every January in California, has, for the 20-something years I’ve been attending, always started on a Thursday. But just as Christmas (in the UK anyway) seems to start earlier every year, so the NAMM Show now starts on a Wednesday… or at least it does this year.

And no one was more surprised than me, after luckily getting out to LA a few days early for what I thought was a few relaxing days by the pool, only to find it pouring down with rain and a 2 hour Roland press conference to attend. I don’t sound quite so smug now do I?

So while today was not officially a NAMM day, we did have this press conference and another special event – where members of the press were invited to to check out some of the new show gear – to tell you about. 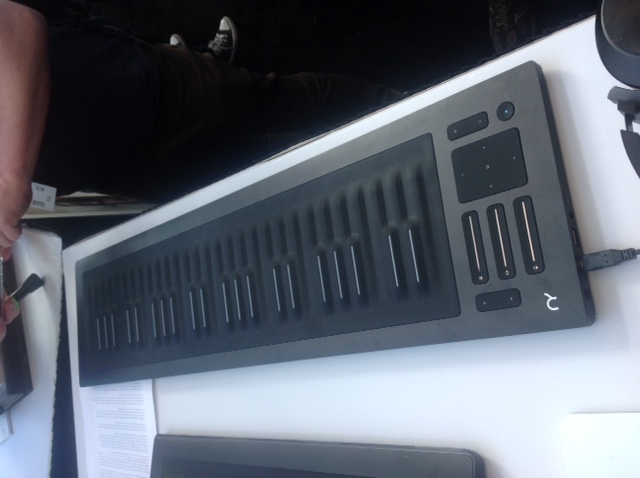 First up the all new Press Preview Event and there were several varied companies here including MT favourites ROLI with its ground-breaking Seaboard keyboards, a new set of controller keyboards that utilise what the company calls ‘the five dimensions of touch’ to play sounds more expressively. On show was the new 49 key RISE which is a bigger version of the 25 note one I reviewed a few months back. I won’t lie – I bloody loved that and this being just a bigger version means I will love it too, I’m sure. 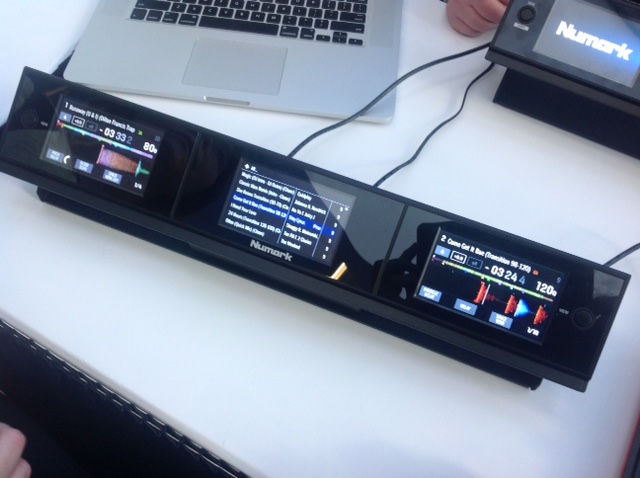 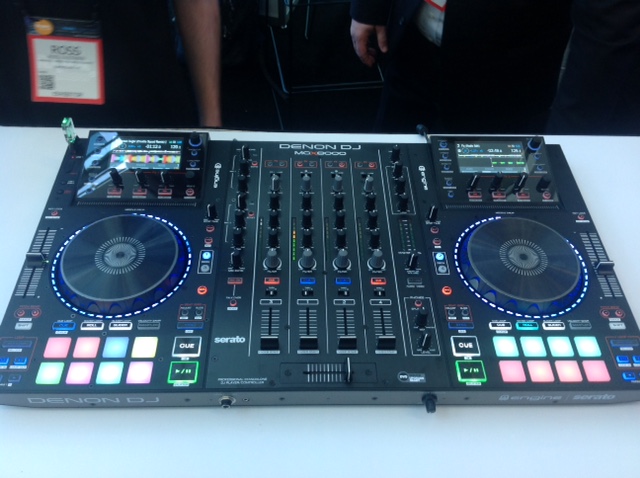 On to new gear I know rather less about and it’s a couple of new, and great looking bits of tech from Denon and Numark. We’re talking DJ technology, of course, but it’s nice to see a similar trend of a move away from the computer that we’ve seen in the music production market of late. The Numark Dashboard replicates your desktop on one of its three hi definition screens to enable mixing, while the Denon MCX8000 is a controller that replicates all of your turntabling in hardware but allows you to mix what is on your hard drive or, more specifically, what is simply on a USB drive plugged into the back. 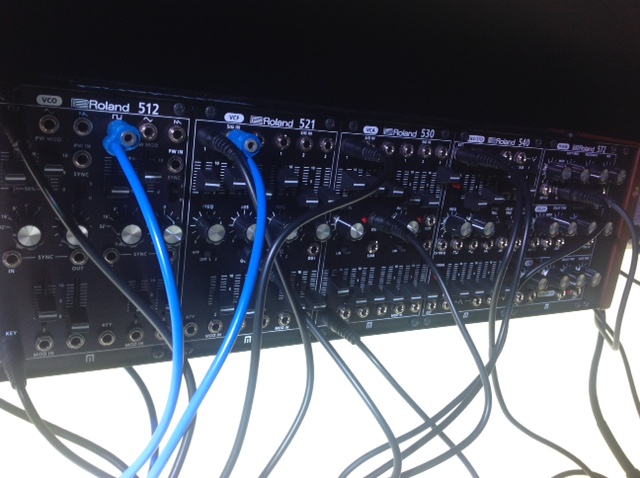 Now to the first big press conference of the show and Roland had booked out our afternoons to, on the face of it, tell us about only a couple of interesting new products. Ok there’s a lot more, but MusicTech readers will probably only be interested in the A-01 controller which was shown constantly connected to the (now shipping) System 500 analogue modular. Complete with Boutique style mini keyboard and an on board sequencer it looks a little ‘Beatstep like’ but is in line with what you’d expect from Roland given its Eurorack thinking these days. 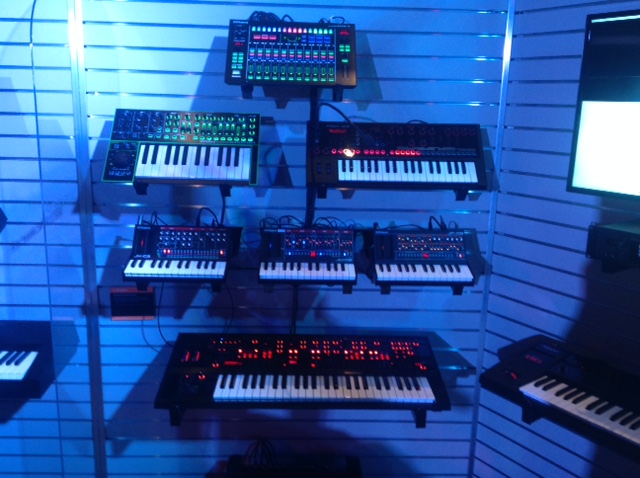 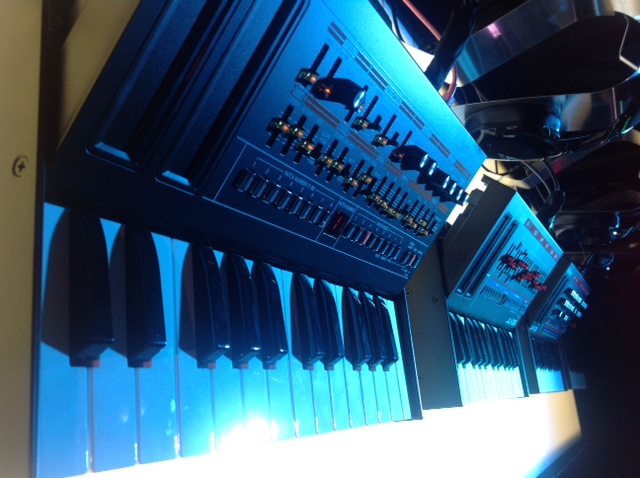 Surprisingly there were another couple of non gear announcements that made waves too including The Roland cloud, a service that will include storage, virtual instruments and (no doubt given that this is very much a theme of this year’s NAMM show) collaboration features. Then there was Roland’s new accessory ranges – think bags, stands, etc – and lifetime achievement awards given out to the production duo Jam & Lewis due to their association with Roland gear. Not mentioned that much was Roland 2.0, a new logo and new era for the company perhaps? After several turbulent years this is one giant of a company that looks to be getting back on track. 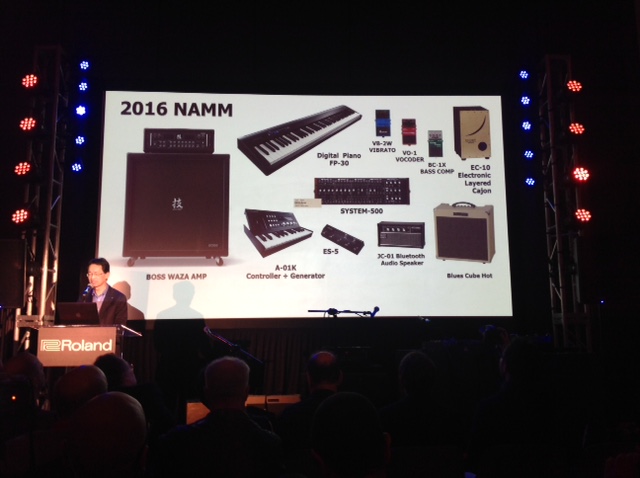 In our next NAMM 2016 report, it’s synths, synths and more synths, as with this year’s show, it certainly looks like the hardware synth will be the star once again…