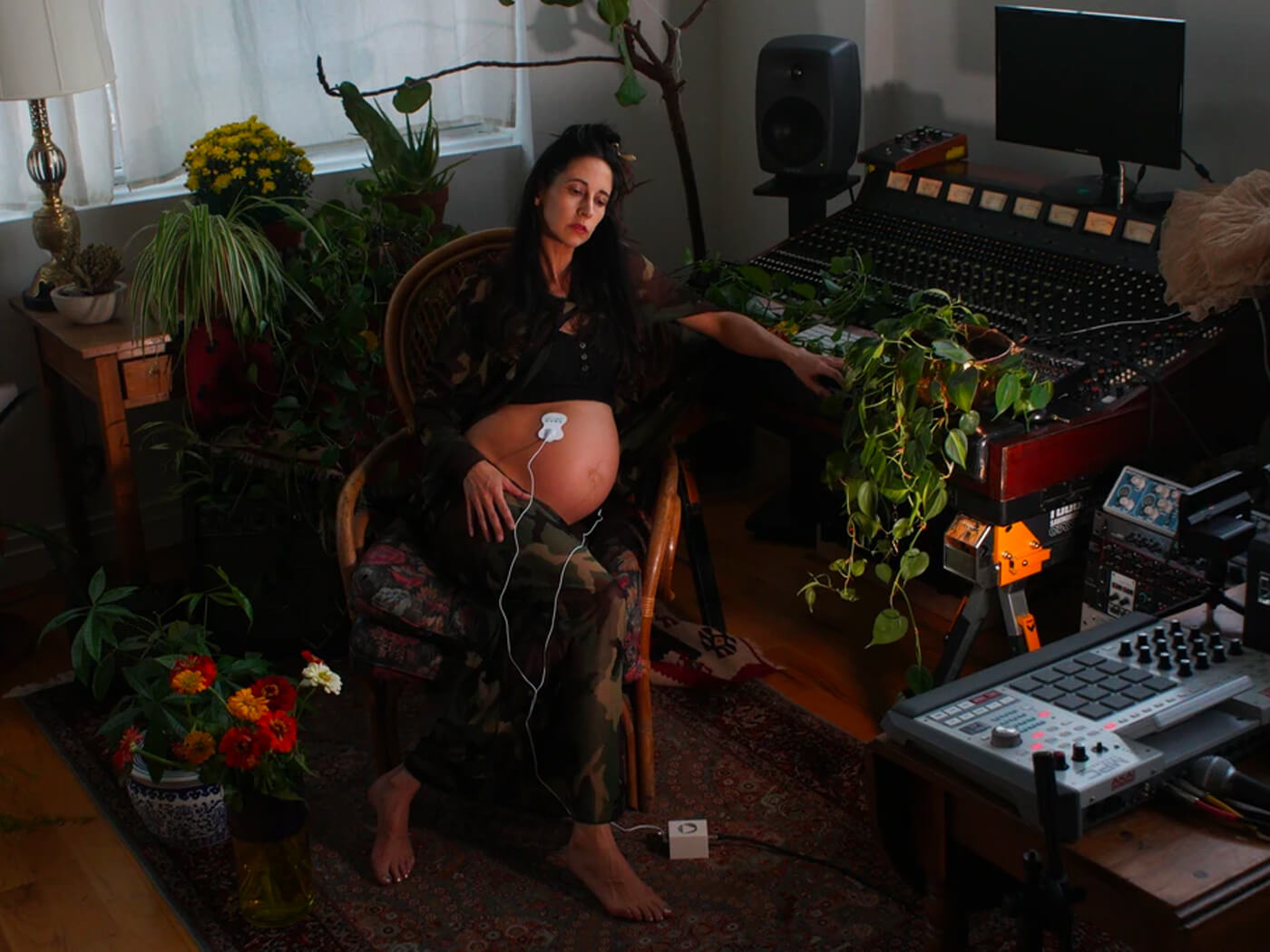 The debut album of Luca Yupanqui is set to be released this April via Sacred Bones. It’s a project she has been working on even before she was born, because her parents used biosonic MIDI to record her while she was still in the womb.

Yupanqui, now a toddler, is the child of musicians Elizabeth Hart and Iván Diaz Mathé, who took it upon themselves to create Sounds Of The Unborn while their daughter was in utero.

They achieved this with a method of transcribing Yupanqui’s movements in the womb into MIDI data, which was fed into Mathé’s synths. While the notion of an album written by a fetus is new, using biodata to write music is a concept that’s been around for some time.

The sonification device used on Sounds Of The Unborn measures electrodermal activity, or in other words: the constantly variable electrical properties of the skin. The same type of device has been used in the past to read MIDI data from plants and other organic matter.

After five hour-long sessions, the parental couple edited and processed the results, making an effort to not disturb too much of the original recordings to let “Luca’s message to exist in its raw form.”

For a better idea of this actually sounds like, take a listen to V4.3 pt. 2, one of the tracks from Sounds Of The Unborn below:

To help promote Sounds Of The Unborn, Sacred Bones will be selling the same version of the MIDI biodata sonification device used on the record for $200 apiece. If you’re interested in the method, be sure to also check out the more affordable one made by Leetronics ($125) and the feature-packed PlantWave ($299).

Learn more about Sounds Of The Unborn at scaredbonesrecords.com