The producer was known for his influence on the experimental hip-hop scene. 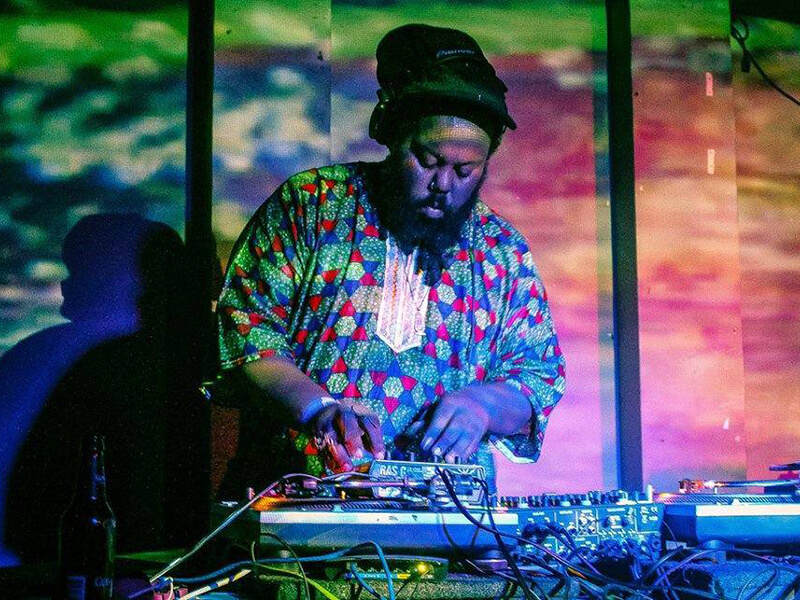 Los Angeles-based hip-hop producer Ras G has died. Brainfeeder, the record label he co-founded with Flying Lotus (aka Steven Ellison), confirmed the news yesterday in an Instagram post. The cause of death currently remains unknown.

“It is with great sadness that we say goodbye to one of our brothers, Gregory Shorter, otherwise know as Ras G. We send our heartfelt condolences to his family, friends and fans around the world,” the statement reads. “One of the founding members of Brainfeeder and one of the most important figures in the Los Angeles beat scene. Rest in peace, G.”

Last December, the producer born Gregory Shorter was rushed to the hospital after he experienced “shortness of breath”. He then revealed in a social media post that he had been diagnosed with various health issues, including pneumonia, borderline high blood pressure, diabetes, hypothyroidism and heart failure. However, Shorter claimed to be coping well.

The producer, who was best known for his cosmic beats, gained prominence early on in his career and was later regarded as an influential force in the experimental hip-hop scene. In more recent years, the producer had worked with the likes of Flying Lotus, Open Mike Eagle, TOKiMONSTA, Thundercat and others.

Earlier in June, Shorter released his latest mixtape, Down 2 Earth Vol. 4, on his own label Ghetto Sci-Fi Music. He had previously released an album, Stargate Music, under his Ras G & The Afrikan Space Program project in 2018.

Tributes from musicians and producers worldwide have poured in following news of Shorter’s death. Read them below:

My heart aches. Goodbye @Ras_G, my backwood loving modern Sun-Ra . You were at my first beat cypher at Project Blowed. You always saved a spot for me at Low End. You let me smoke my first backwood. I took this pic w you in Arcata in 2011. You made it to the Spacebase. RIP homie pic.twitter.com/oUkaFI30qb

We lost an LA legend. Ras G was the beat scene’s answer to Sun Ra. His music was an attempt to commune with the constellations, the Afrocentric direct from Alpha Centauri. I can’t count the number of times I saw him melt minds and speakers. RIP pic.twitter.com/m16RGnKztt

Rly don’t know what to say u changed my life G. Ur music ur vision ur attitude ur acceptance. truly beautiful human being thank u for ur energy and sharing it with us. love to ur family and all the friends who love u ❤️❤️❤️ @Ras_G ❤️❤️❤️