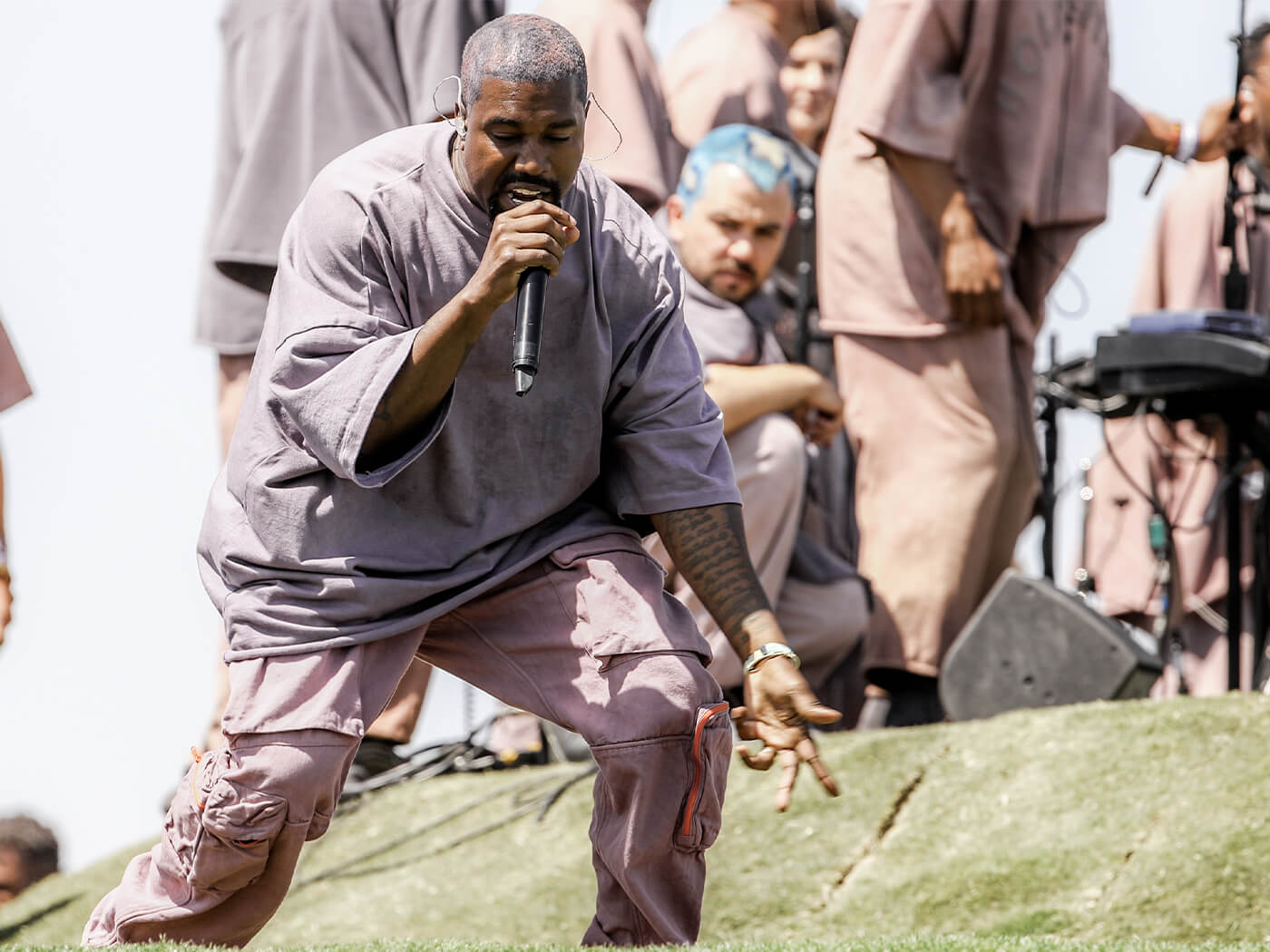 “Kanye West will move the release of Donda to August 6th,” Laboy wrote on Saturday (24 July). “Thanks for your patience, he wants to give his fans the best possible product without rushing anything. He loves y’all with all of his heart. God bless #Donda #Respectfully”

KANYE WEST WILL MOVE THE RELEASE DATE OF DONDA TO AUGUST 6TH. THANKS FOR YOUR PATIENCE ❤️ HE WANTS TO GIVE HIS FANS THE BEST POSSIBLE PRODUCT WITHOUT RUSHING ANYTHING. HE LOVES YALL WITH ALL OF HIS HEART. GOD BLESS 🙏🏾 #DONDA #RESPECTFULLY

West premiered an early version of the album to a sold-out audience at the Mercedes-Benz Stadium in Atlanta, Georgia on 22 July. 42,000 fans attended the show, but West is reportedly still living there to put the finishing touches on the album.

According to TMZ, the rapper-producer had a studio and living quarters constructed at the site and even brought in a private chef to prepare his meals.

Donda will feature West’s first collaboration with Jay-Z since the pair last teamed up on Drake’s single Pop Style in 2016. Back in 2011, the rappers collaborated on the album, Watch The Throne.

You can preview a snippet of the new track in a brief teaser shared from Tidal:

Other tracks on Donda will include collaborations with the likes of Pusha T, Lil Baby, Lil Durk, Travis Scott and more. West shared a partial tracklist of the album to Instagram on 22 July.

West supplied the first taste of his latest album with the song No Child Left Behind, which scored a commercial for the Beats Studio Buds starring US athlete Sha’Carri Richardson. Producer Gesaffelstein revealed himself to have produced the track in a Facebook post.

As reported by PageSix, West donated 5,000 tickets to the listening event to a number of historically black colleges in the city.

Donda is the follow-up to West’s 2019 album Jesus Is King, which he recorded with The Sunday Service Choir. Back in December, he also released the five-song EP Emmanuel.