In this month’s MusicTech magazine we have a jam-packed Synth Special, From warm and resonant analogue waves to complex digital sound design, there’s no shortage of choice when it comes to software and hardware synthesizers – and you don’t always need deep pockets to enjoy them. We take you through your options in one of […] 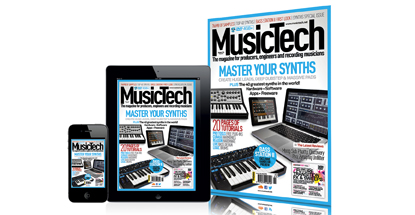 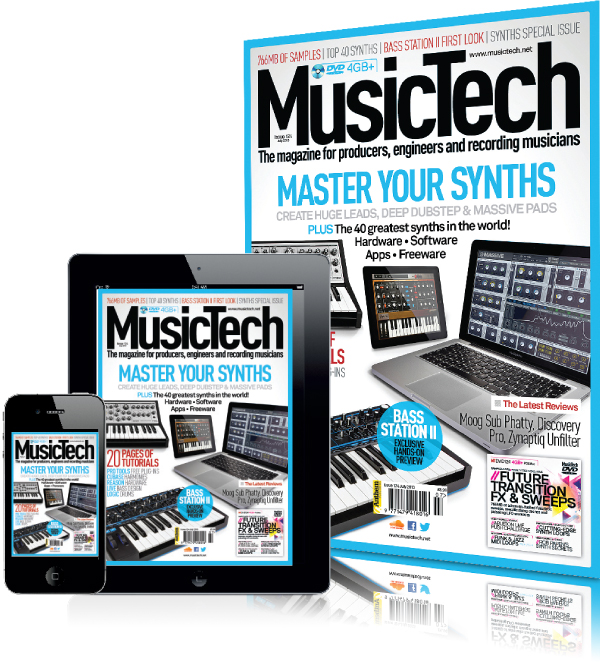 In this month’s MusicTech magazine we have a jam-packed Synth Special, From warm and resonant analogue waves to complex digital sound design, there’s no shortage of choice when it comes to software and hardware synthesizers – and you don’t always need deep pockets to enjoy them. We take you through your options in one of our numerous Synth-oriented features.

The actual birth date of the synthesizer is hard to pin-point as so many technological developments were made in the early 1900s, but the building blocks for subtractive synthesis as we know it appeared around the 30s and 40s. Fast-forward to 1960 – when Harald Bode created the first modular synthesizer – and you’ve got the template for subsequent designs by Donald Buchla and Bob Moog. These early modulars were so large they filled a room and resembled some sort of space-craft launch console, which by today’s standards seems rather excessive as you can get the same sound-design capabilities from something that fits in your pocket!

In this feature Alex Holmes explores the history and power of the synthesiser and just what it is that makes us love it so?

Getting a decent sound from a soft synth doesn’t exactly take a lot of work. A tweak or two here, a few nudges to the LFO there, a little messing around with the filters and… boom! You’ve got a workable sound. It’s almost too easy, in all honesty. And thanks to the sheer number of synths available these days, you’re never more than a minute or two away from some wonderful, inspirational noises. Rob Boffard shows you how to generate your own sounds that you can call your own!

We take a trip to Novation’s HQ to get hands-on with the much anticipated Bass Station II –  a synth that has been turning heads and making headlines since its announcement at Frankfurt Musikmesse in April. The synth, designed by veteran synth pioneer Chris Huggett (also responsible for the OSCar and Wasp synths), is a follow-up, albeit a rather slow one, to 1993’s original Bass Station, a synth that answered the demands of the acid house scene of the time. Check out our exclusive hand-on preview. 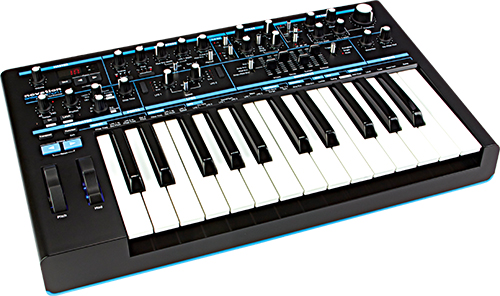 Our Industry Guru this month is the one and only Mr Rob Papen – There can be few computer-based musicians, composers or producers who haven’t heard of Rob Papen. Widely regarded as something of a visionary in the worlds of sound design and software synthesis, his products have become staple tools in countless home and commercial studios thanks both to their unique, inspirational sounds as well as the successful marriage of innovative approaches to workflow and more traditional methodology. We catch up with Rob to give him the MusicTech grilling!

This month’s Landmark Production takes a look at The Human League’s classic ‘Reproduction’ – We recently caught up with Martyn Ware himself to discuss the HL’s magnificent synth opus.

Reviews of all the latest hardware and software, this month we take a look at Moog’s Sub Phatty. The latest in Moog’s synth arsenal is monophonic, has just 16 presets, and no screen. What’s not to like, asks Andy Jones… also reviewed this month is Zynaptiq’s UNFILTER – With a proven track record to date, can Zynaptiq work its voodoo magic again with this latest release? Liam O’Mullane tries it out. Also reviewed this month is the discoDSP Discovery Pro,  8DIO’s 8Dioboe,  sE Electronics Magneto,  Adam’s F5, Sound Radix Pi Phase Interactions Mixer and much more!

This month we’ve got tutorials for all the major DAWs

Cubase is blessed with all the necessary talents for generating convincing harmony parts – even if you aren’t. Tim Hallas shows you how in this months’ Harmonies in Cubase Tutorial

Operator offers a great deal more than just FM leads and pads. Liam O’Mullane has the low-down in this month’s Live Tutorial: Bass Design with Operator

Logic’s signal-processing tools can transform an average drum recording into a powerful, polished kit sound. Mark Cousins shows you how in the new Mixing Drums in Logic tutorial

Want to augment Pro Tools plug-in arsenal but not sure where to start? Mike Hillier is your guide in this months Free Plug-ins for Pro Tools guide

Reason 7 can send MIDI to the outside world, opening up a wealth of creative possibilities in your studio. Hollin Jones sends the signals in Adding MIDI Hardware tutorial

This month we bring you whooshes and sweeps to sprinkle over your tracks, plus funk and jazz MIDI loops and cutting-edge synth sounds. You’ll also find tutorials and videos covering Push, Live 9, Logic and more, the latest demos, software and promo videos.

Transition effects are almost essential in modern electronic music, and good use of rising and falling sweeps can really help with the flow of a track, leading the listener to the next section and papering over any cracks. For this month’s lead pack, Prague-based producer Richard P James has called on his trusty SH-101 alongside the Access Indigo, Logic’s built-in synths and a host of SoundToys plug-ins to produce a range of pumping noise sweeps, metallic rising drones and pulsating LFO workouts. You’ll find 180 loops at 125BPM, chopped and divided into folders of 4, 8 and 16 bars.

To accompany the interview on page 30 we’ve got a few snippets from Rob Papen’s Secrets Of Synthesis book-and-four-DVD combo, which is one of the most extensive courses available on subtractive synth programming. First up, Rob introduces his 4-Element Synth approach, which divides the main parts of a subtractive sequencer into four separate sections, following with chapter tasters on waveforms, noise generators, detuning oscillators and filter types.

Following on from last month’s inspiring MIDI loop collection, Equinox Sounds turns its attention to funk and jazz with a whole load of soulful melodies and grooves. There are 48 loops split across six construction kits, which include drum rhythms, funky bass lines, tinkling piano top lines, grooving keys, organs and clavs, plus gentle, melodic strings and pads. Folders are named by key and tempo (92–99BPM) although, of course, you can easily import these MIDI loops and change the speed and pitch as you choose.

Plus much much more!