Some very exciting news hit us last night – Korg have announced the re-birth of one of the most (if not the most) iconic synths. The ARP Odyssey is being re-developed by Korg for release later in 2014. Read on for more detailed information… Prototype Press Release: Tokyo, Japan – February 17, 2014 – KORG […] 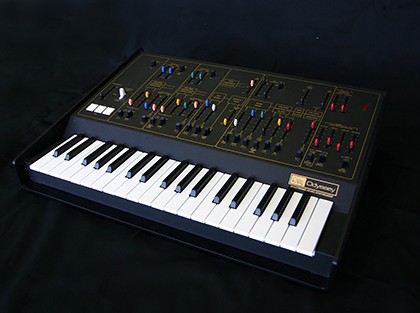 Some very exciting news hit us last night – Korg have announced the re-birth of one of the most (if not the most) iconic synths. The ARP Odyssey is being re-developed by Korg for release later in 2014. Read on for more detailed information…

Press Release: Tokyo, Japan – February 17, 2014 – KORG INC. is proud to announce that a faithful recreation of the legendary 1970s analog synthesiser, the ARP Odyssey, is being developed by Korg for release later in 2014. The ARP Odyssey was released in 1972 by ARP Instruments, Inc. and quickly became famous for its unique rich sound and innovative performance controls. It was a staple for many recording and performing musicians worldwide and was used on countless hit records over many years. The Odyssey was one of the highlights of the ARP company and became a long selling product. With slight updates and improvements it was sold through to 1981.

Korg is also proud to welcome Mr David Friend as our chief advisor on the Odyssey. David Friend established ARP Instruments, Inc. along with Alan Robert Pearlman and is a past president of ARP Instruments, Inc. He was also the lead designer of the original Odyssey in addition to designing or co-designing many other products. After ARP, Mr Friend became a successful technology entrepreneur.

In 2010, he was named Ernst & Young Entrepreneur of the Year in the Emerging Technology category for the New England Region, he has been a lecturer at MIT’s Sloan School of Management and is now Chairman & CEO of Carbonite, Inc. He has been a trustee of the New England Conservatory and Berklee College of Music.

In the last few years, KORG INC. has released several top selling analog synthesizers such as the monotrons series, the monotribe, the volca series and the hugely successful MS-20 mini, a faithful fully analog recreation of the 1978 MS-20. With Korg’s technology capabilities and planning ability for analog synthesizers, and in collaboration with David Friend, we believe the legendary ARP Odyssey will become a “must have” for an all new generation of music makers. The ARP Odyssey is scheduled for release in September 2014. – See more at: