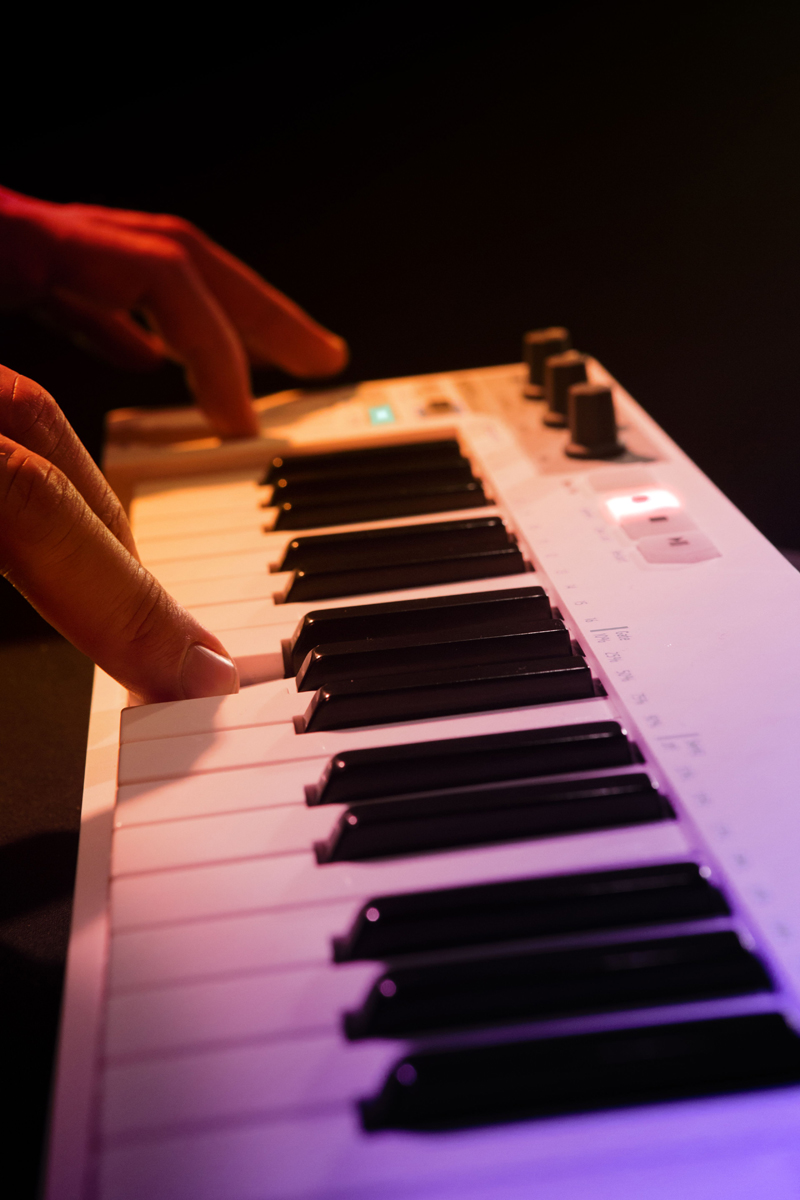 You have some MIDI modules you want to connect as well, but don’t want the footprint of a large keyboard. You have a modular synth system and analogue gear you want to control via CV (Control Voltage). You want a step sequencer with polyphonic capability that you can sync to your favourite modern and vintage gear. If only a single product could do all of this. Dream on? Not necessarily. Now, thanks to Arturia, that dream has become reality… ready yourself and your music, for the KeyStep Controller & Sequencer does all of this and more!

Making that dream reality began by designing a 32-note keyboard with Arturia’s proprietary Slimkey action. Aftertouch and velocity sensitivity are all present and accounted for, of course, so by balancing the best features of compact mini-keys with the musicality of fullsize keys into this new keybed the KeyStep Controller & Sequencer successfully provides the freedom of portability without sacrificing playability. Portable perfection personified. Why stop there, though? Why, indeed!

Implied by name, the KeyStep Controller & Sequencer sports a newly-designed polyphonic step sequencer with eight programmable memories, recallable at the touch of a knob. Cleverly choose Gate times (10%, 25%, 50%, 75%, and 90%) and Swing settings (Off, 53%, 55%, 57%, 59%, 61%, 64%, 67%, 73%, and 75%) instantly to change the feel of the sequenced performance on the fly. Furthermore, Arturia also added an ability to record, overdub, and transpose sequences in realtime while still playing the keyboard live.

Last, but not least, adding an Arp Mode (with eight arpeggiator pattern styles — 1 / Up, 2 / Dwn, 3 / Inc, 4 / Exc , 5 / Rand, 6 / Order, 7 / Up x2, and 8 / Dwn x2) and Chord play mode (for setting chords and playing them back with a single note or via the Arp Mode making chord-based arpeggiations a breeze) means many hours of musical adventures always lie ahead for any user of any ability, putting them ahead of the game. A dream come true! These features alone should surely make the KeyStep Controller & Sequencer the best portable keyboard controller currently on the market. But Arturia has seen fit to take things several steps further forward with a wealth of connectivity options for communicating with the outside world. Whatever electronic instruments you may own, the KeyStep Controller & Sequencer has got you covered (and connected). USB MIDI (to connect to computers and Arturia’s MCC editor)? Of course!

Standard MIDI IN and OUT? Check! SYNC IN and OUT (supporting 1 pulse per step, 2 PPQ, 24 PPQ DIN Sync, and 48 PPQ DIN Sync)? Yes! Yet there’s still room on that slender rear panel to comfortably accommodate GATE and PITCH CV OUTPUTS (supporting 5V or 12V and 1V/oct or Hz/V, respectively) alongside a separate, assignable MOD (modulation) output that can be used with the Mod (modulation) capacitive-touch strip, velocity, or aftertouch. And there’s still space for a SUSTAIN pedal input connector (for adding a sustain pedal)! Simply said, the KeyStep Controller & Sequencer is an amazing little controller. 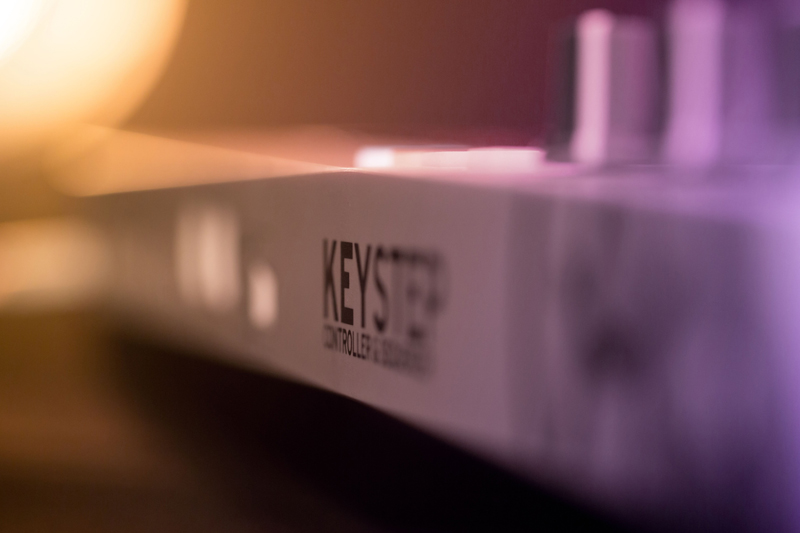 Then again, saying that is not saying enough! Enough is never enough, in fact, for KeyStep’s deceptively sparse front panel packs in many more productive performance controls, including a Hold button (allowing for sustain pedal operation); Shift button (for setting Keyboard MIDI CH and the Gate and Swing times of the sequencer and arpeggiator); Oct- and Oct+ Transpose buttons; capacitive-touch Mod (modulation) strip; Rate knob and Tap button (to tap the tempo or enter rests and note ties in Seq Mode); record, play, and stop transport buttons (for enabling and disabling the sequencer or arpeggiator, using the record button to record step-time sequences or realtime overdubs)… suffice to say, KeyStep is the perfect performance controller in a compact package. Pack one to go and let it take you wherever your music needs to go!

The KeyStep Controller & Sequencer will be being showcased on Arturia’s booth (#6920) in Hall A at The NAMM Show 2016,

January 21-24 in Anaheim, California. Come check it out!