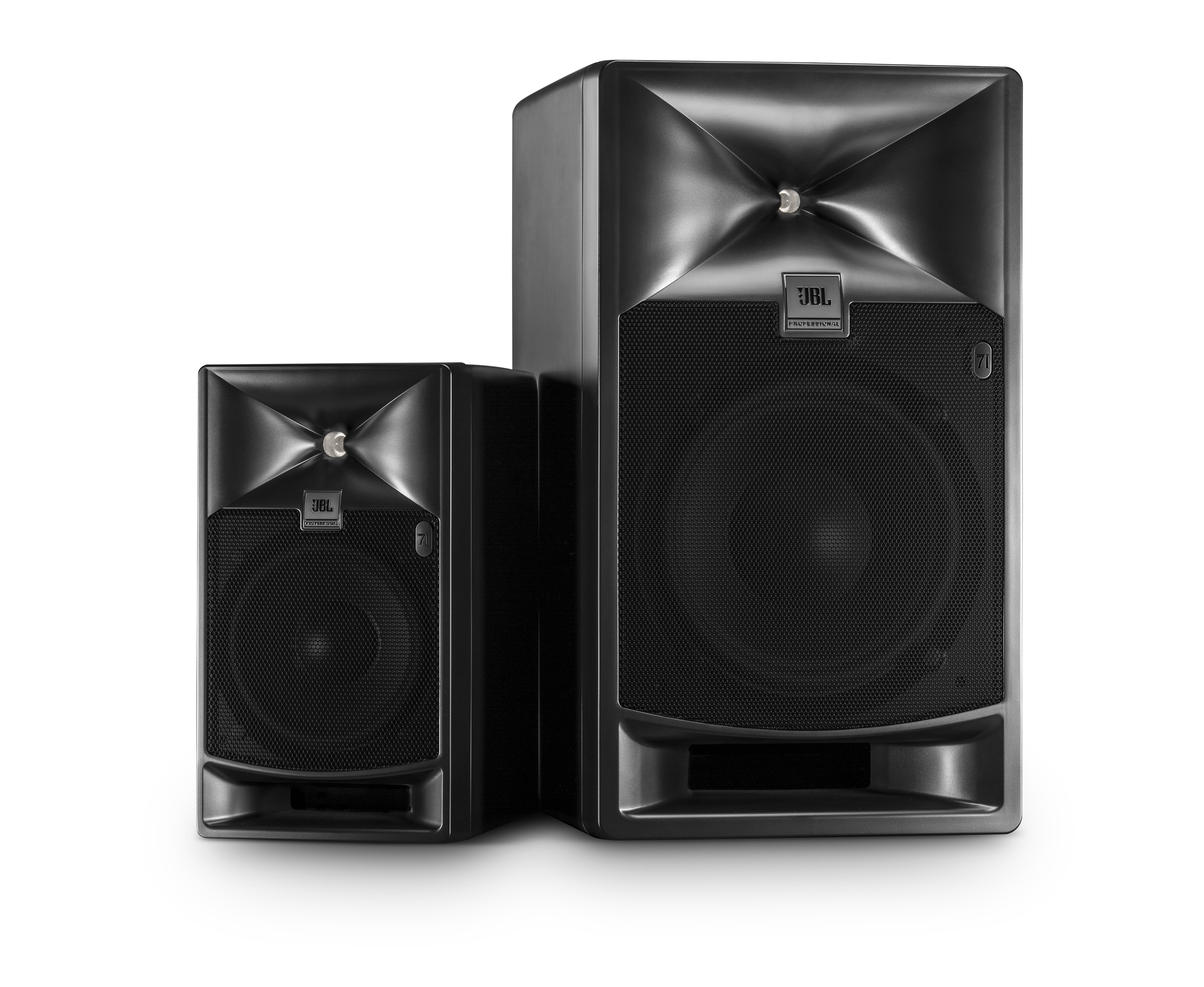 Here’s what JBL Professional have to say about the new JBL 7 Series.

“The JBL 7 Series was developed from the ground up as our next-gen solution for modern music, post and broadcast production,” said Peter Chaikin, Director, Recording Solutions at HARMAN International. “Every aspect was designed to address challenges and provide a new level of performance for engineers, producers and content creators. Now, we’re proud to introduce the powered versions of these remarkable speakers. By overcoming the limitations of traditional studio monitors, 7 Series empowers modern audio professionals and facilities to get the best results, while enjoying the creative process.”

Both the 705P and 708P feature the JBL patent-pending Image Control Waveguide that provides an acoustically seamless transition between the woofer and high-frequency transducer and a wide sweet spot with increased sonic detail. With smooth, neutral on- and off-axis frequency response, the monitors deliver greater accuracy and tell the same story room to room, regardless of placement.

Inside each monitor is a built-in dual amplification system that’s optimised for the high-output drivers. A 120W amp powers the 2409H high-frequency transducer, while a 250W amp is dedicated to the 725G and 728G low-frequency transducers, delivering unparalleled output and detail even at great listening distances.

Onboard DSP-based room equalisation compensates for acoustic issues in any room, delivering the most accurate sound reproduction. Twelve bands of room EQ and eight bands of user EQ allow audio professionals to tailor speaker response to reduce the adverse effects of poor room acoustics and optimise accuracy whether the monitors are freestanding or placed adjacent to the wall.

Both models feature analog and AES/EBU digital inputs allowing connectivity to a broad range of production hardware, including digital audio workstations (DAW), mixing consoles and digital playback hardware with sample rates of up to 192 kHz. Internal sample rate converters can be enabled to allow the monitors to receive digital signals of uncommon sample rates.

7 Series Powered monitors are designed to meet the needs of discerning music producers, recording engineers, mastering facilities and remote production facilities. The new powered monitors complement the existing 705i and 708i (installed) models, which serve as the hub of a complete, scalable system based on external multi-channel power amps and centralised system control. Facilities working in surround and immersive formats benefit from the compact size, high output and ease of installation of the 705i and 708i. Centrally located electronics eliminates the need for power outlets at each speaker location and allow powerful, elegant control of any number of channels, in any size room. The complete system includes room EQ, downmix capabilities, and hardware and software control of a range of monitoring functions.

Multiple 7 Series monitors can be combined with the new JBL Intonato 24 studio monitor management system to create a complete monitoring system for immersive audio production. Intonato 24 gives audio professionals the power to quickly optimise their environment for superior accuracy and easily scale their system as needed for future growth.