IK Multimedia have today announced details of the next evolution of their hugely popular (and recently reviewed) iRig. iRig Pro allows users to connect to any Apple device with ease, giving mobile musicians and songwriters a great, pocket sized interface. Accepting most MIDI and audio inputs via it’s 1/4″ XLR combo input that can take standard […] 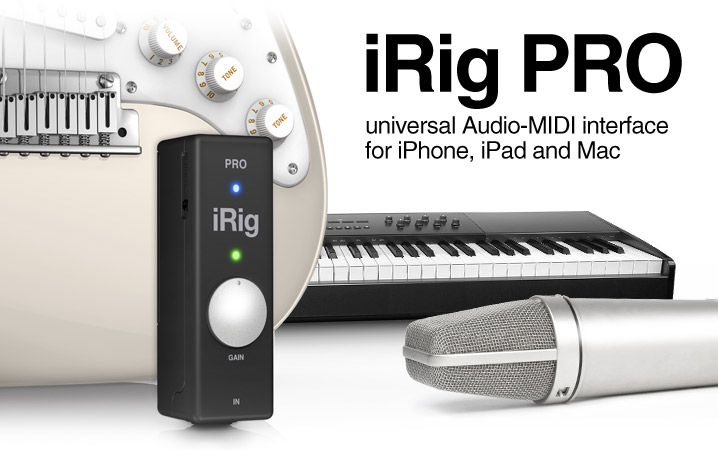 IK Multimedia have today announced details of the next evolution of their hugely popular (and recently reviewed) iRig. iRig Pro allows users to connect to any Apple device with ease, giving mobile musicians and songwriters a great, pocket sized interface.

Accepting most MIDI and audio inputs via it’s 1/4″ XLR combo input that can take standard XLR cables, 1/4″ mono line or instrument signal cables, and a switchable 48V phantom power supply for use with studio condenser microphones. For further info see the press release below

Pocket-sized, battery-powered and fully portable, iRig PRO is designed to give mobile musicians and songwriters an interface that can handle the widest variety of audio input signals, so they can create music and audio on the go anywhere, any time.

iRig PRO accepts virtually every type of audio and MIDI input, making it the most versatile compact interface on the market. Users can plug in a dynamic or condenser microphone; a guitar, bass or other Hi-Z instrument; or any line-level source.

Additionally, iRig PRO is equipped with a MIDI input for keyboards, pads and controllers, making it a truly universal compact interface for recording and composing on the go or in the studio. Its audio and MIDI inputs can be used simultaneously, for example, to control guitar or vocal software with MIDI foot controllers or pedals, for switching presets or controlling effects levels.

Plus, iRig PRO comes with a suite of IK’s best music-creation apps such as AmpliTube, VocaLive, SampleTank, iGrand and iRig Recorder, and is compatible with most audio and MIDI processing apps for the mobile musician. Mac users will also enjoy the inclusion of premium software with iRig PRO, like AmpliTube, T-RackS and SampleTank, and will appreciate the unit’s compatibility with any type of music-creation software. 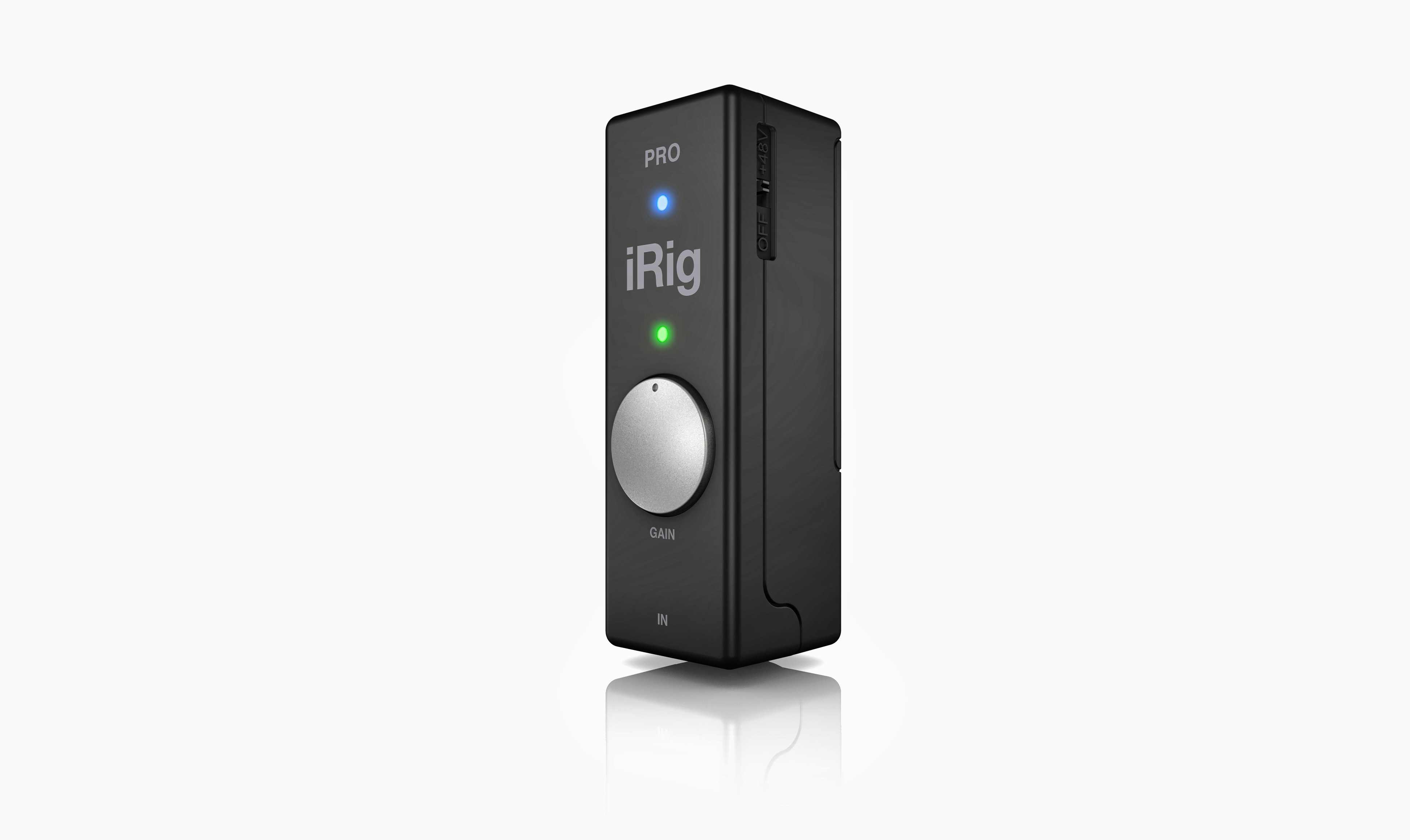 iRig PRO is powered by the iPhone, iPad or iPod touch, or USB, when used with instruments or a dynamic microphone. A 9V battery (included) provides phantom power to compatible microphones. iRig PRO also features a standard MIDI input for connection of MIDI devices like drum machines, controllers and MIDI keyboards.

iRig PRO comes with three detachable cables, compatible with Lightning, 30-pin and USB connectors, respectively, allowing for digital connection to every model of iPhone, iPod touch, iPad and Mac, out of the box, with no need for adapters. A MIDI cable with a standard MIDI jack is also provided to connect the widest variety of MIDI-compatible keyboards and controllers.

iRig PRO is class compliant and compatible with Core Audio and Core MIDI, so it can be used with any audio and MIDI processing apps for iOS and Mac OS, for true plug-and-play performance without additional hardware/software.

For iPhone and iPad users, iRig PRO comes with a suite of IK Multimedia’s most popular apps for mobile music creation on iPhone, iPad and iPod touch, including AmpliTube FREE (the #1 app for guitar players) for guitarists and bass players, VocaLive FREE for singers, SampleTank FREE and iGrand Piano FREE for keyboard players and iRig Recorder FREE for recording engineers.

Plus, all these apps work together with Audiobus integration, offering a truly complete set-up for making any type of music. Additionally, exclusive AmpliTube gear and SampleTank sounds are available as free add-ons for iRig PRO users.

For Mac users, iRig PRO includes AmpliTube Custom Shop, the industry standard guitar-and-bass processing software; a free version of AmpliTube Metal; T-RackS Custom Shop, the mixing-and-mastering effect suite with a free version of T-RackS Classic; and SampleTank XT, a sound workstation that includes over 1GB of sounds. All these software titles are available both as plug-ins for the most popular digital audio workstations (including GarageBand), or as standalone applications for immediate plug and play.

iRig PRO will ship in September from music and consumer electronics retailers worldwide for $149.99/€119.99 (exc. taxes). iRig PRO can now be ordered from the IK Online Store and select retailers.