ICYMI: In October, Spitfire Audio pulled off easily one of the best big product launches in recent memory. Not only did it announce a fabulous new choir library, but the launch took place at Greenwich Observatory – with a full choir on hand to really ladle on the atmosphere… Spitfire Audio seems to be winning […] 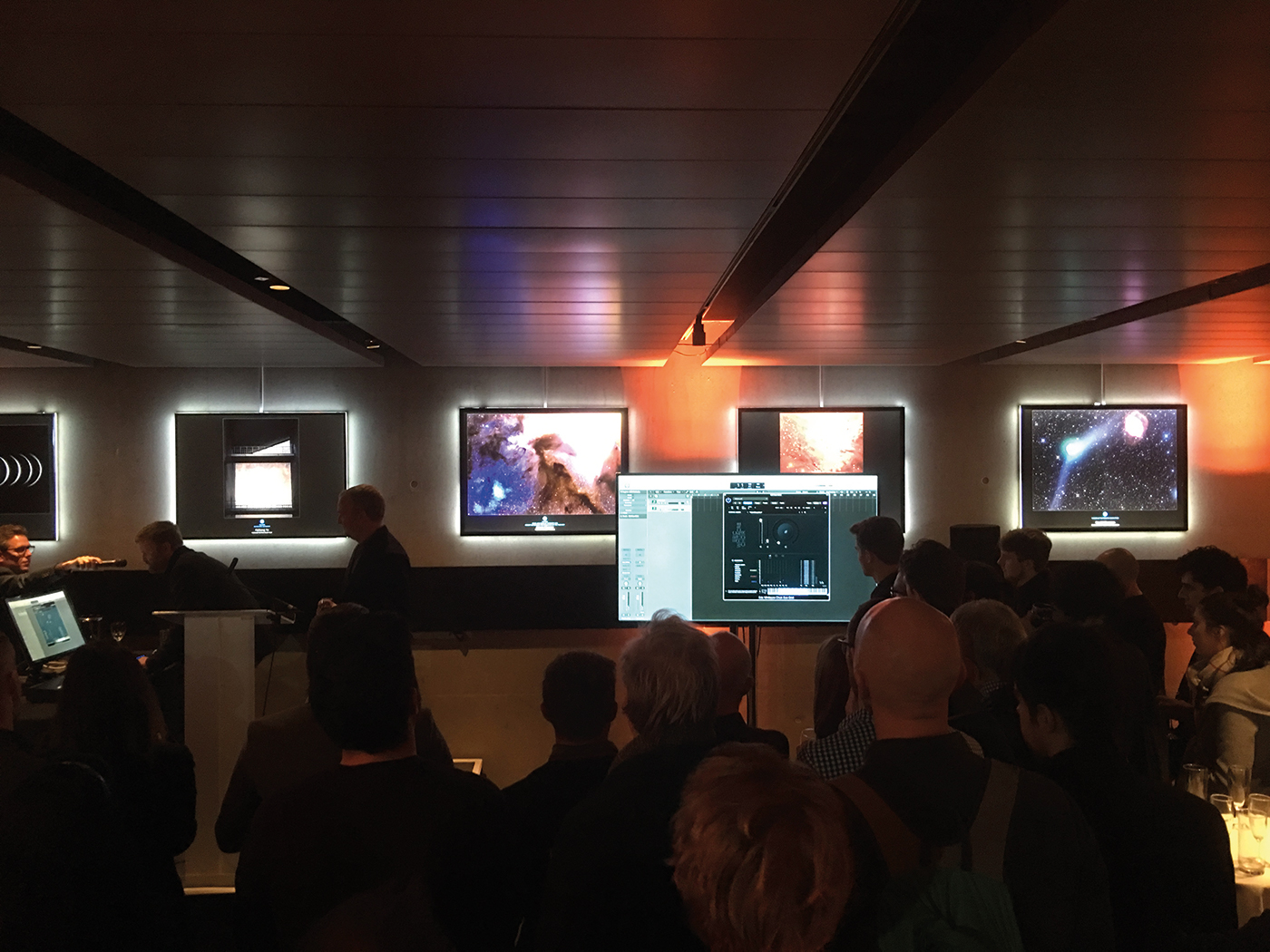 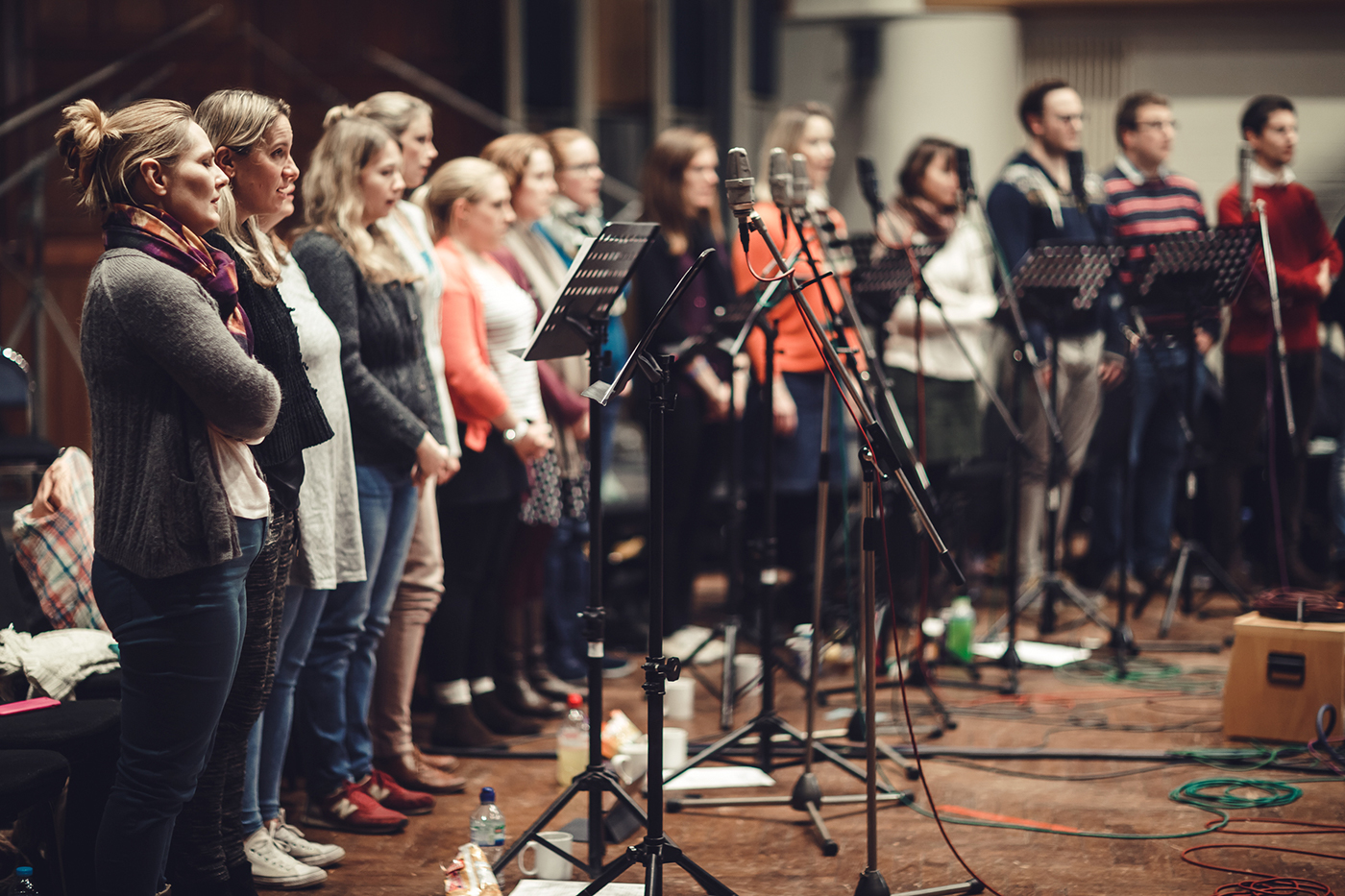 ICYMI: In October, Spitfire Audio pulled off easily one of the best big product launches in recent memory. Not only did it announce a fabulous new choir library, but the launch took place at Greenwich Observatory – with a full choir on hand to really ladle on the atmosphere… 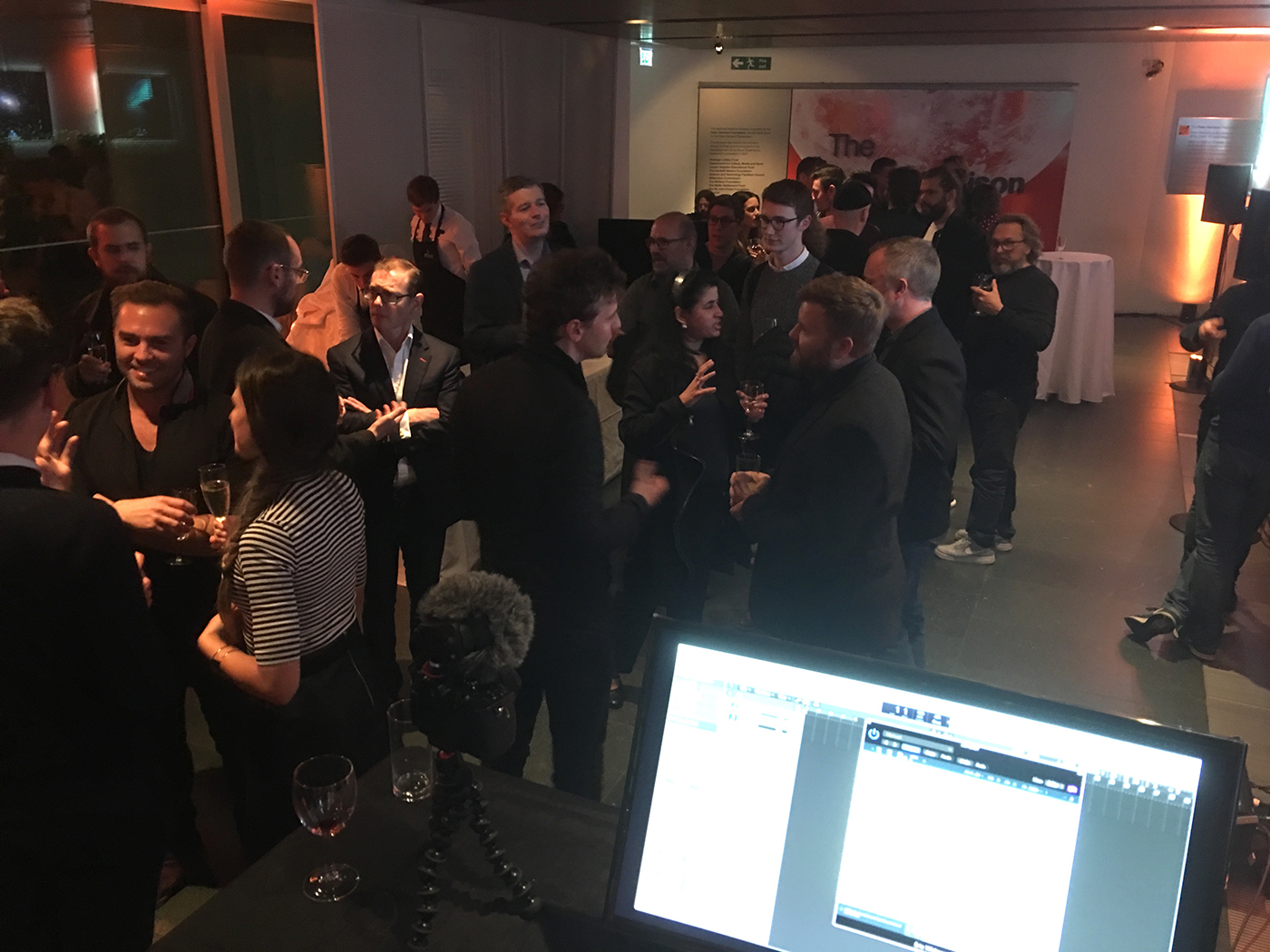 Spitfire Audio seems to be winning award after award in these pages, all for some of the most stunning orchestral instrument libraries around. The equally good Phobos synth aside, the company has largely stuck to these orchestral guns, although a choir library has always been a much asked-for addition to the Spitfire fold. With the brand new Eric Whitacre Choir the company has answered those requests with some aplomb. Eric, if you don’t know, is a much respected Grammy award-winning composer and conductor who has worked with countless orchestras and choirs on a huge number of projects including sold-out concerts with the London Symphony Orchestra and the Royal Philharmonic Orchestra, and collaborations with Hans Zimmer.

With such credentials, it’s understandable that Spitfire founders Paul Thomson and Christian Henson have long wanted Eric to be involved in putting together a library for them, and at the launch they detailed the bizarre meeting (possibly involving a volcano) that led to this latest collaboration. The assembled throng of journalists and composers were then treated to a mesmerising couple of live tracks by the choir involved in the production. 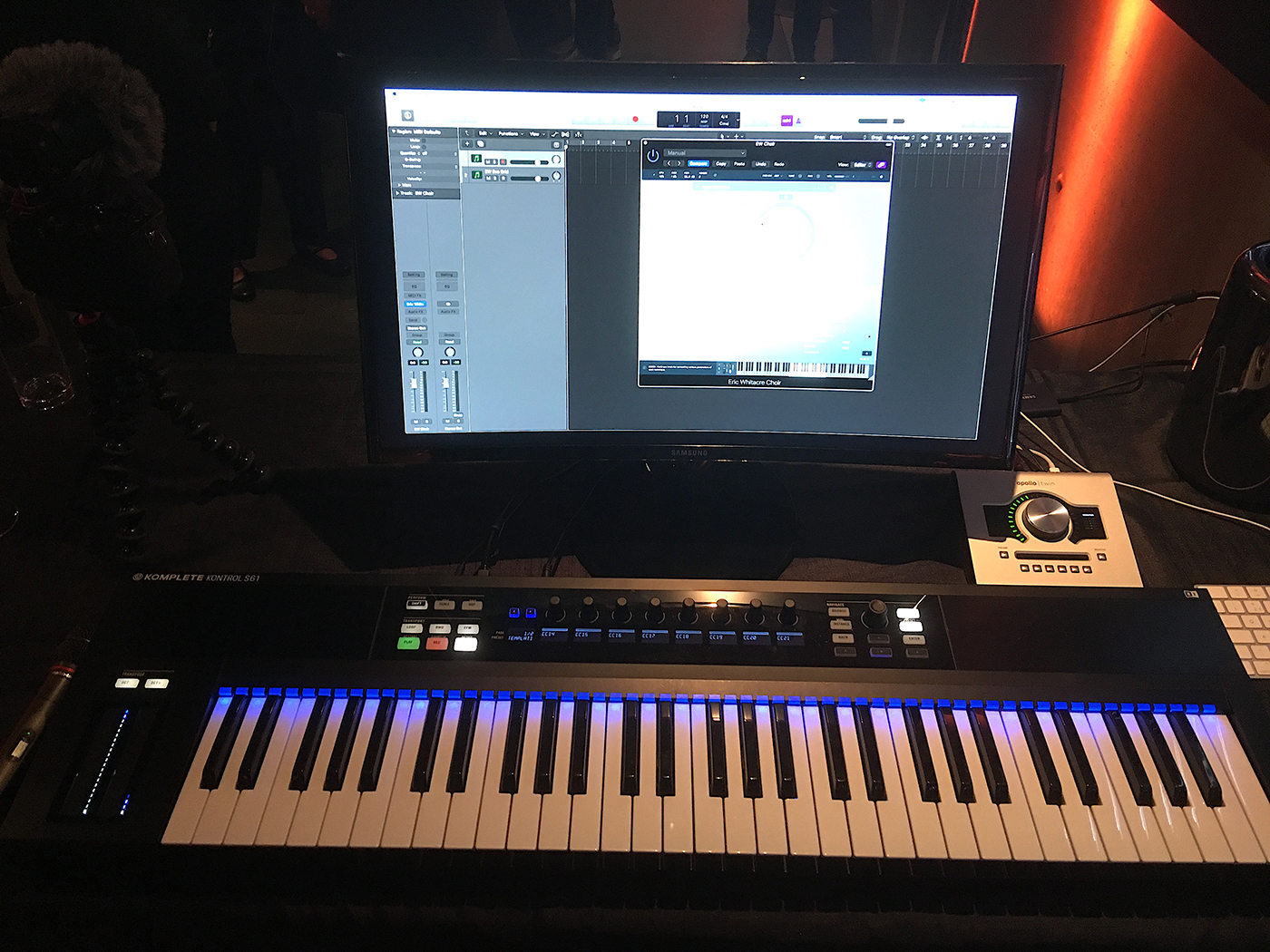 Eric, Paul and Christian then demoed the software which features those 22 singers, 170 different singing techniques and 111 types of evolution. The attention to detail in the title is second to none with transitions between notes all accurately reproduced, a wide variety of note durations available, plus vowel and humming sounds all on hand. There’s also a polyphonic patch for chords, a choice of microphone positions for most patches and a great randomising feature that offers changes in dynamics and textures, all part of Spitfire’s unique Evo Grid technology. 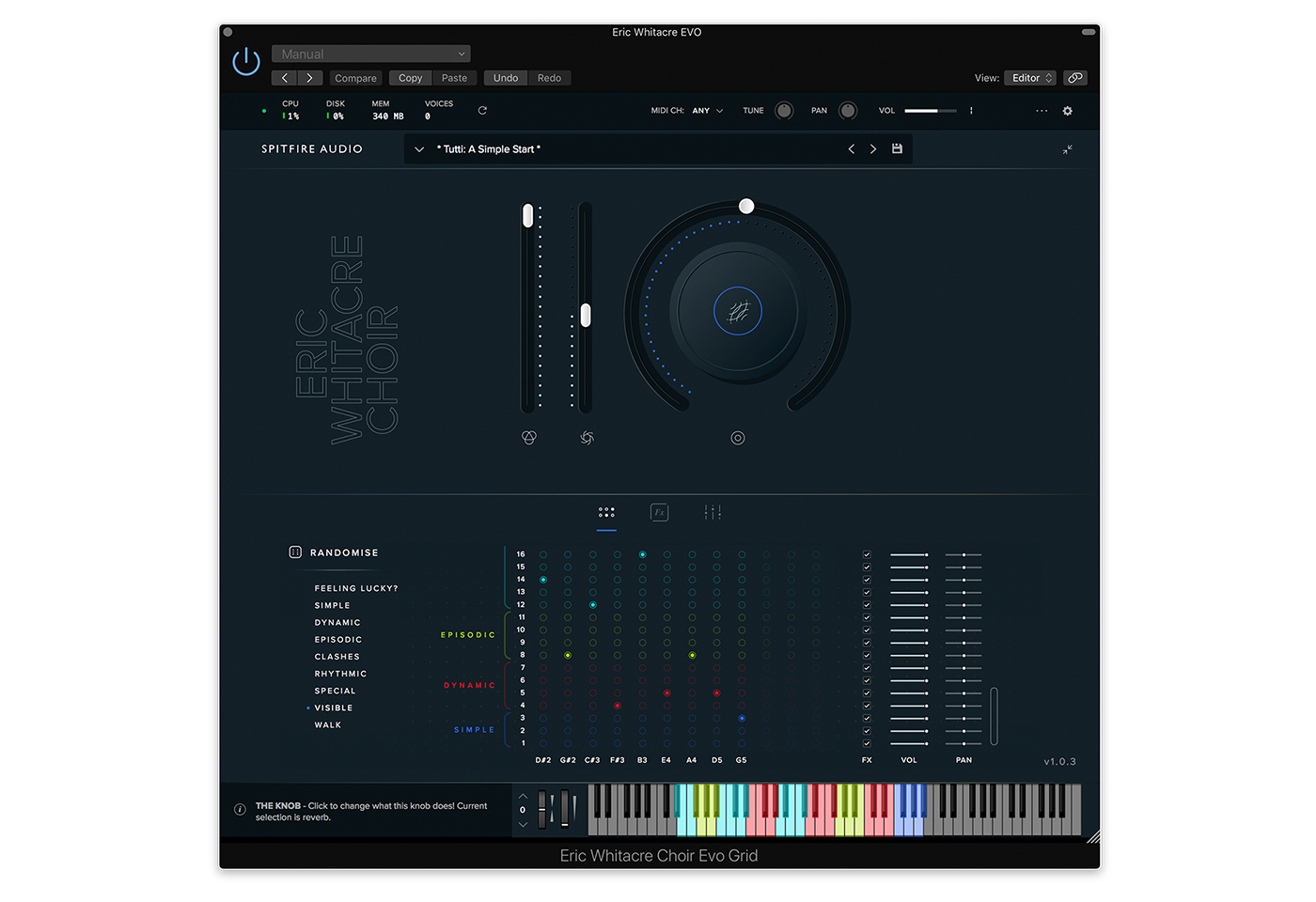 “The grid takes samples that change in different ways over time and arranges them across the keyboard,” Spitfire says. “Play a single gesture or chord and it will weave a micro-composition that never stands still. Construct your own evolution, or hit the randomise button to automatically generate a unique instrument from an almost infinite array of possibilities.” 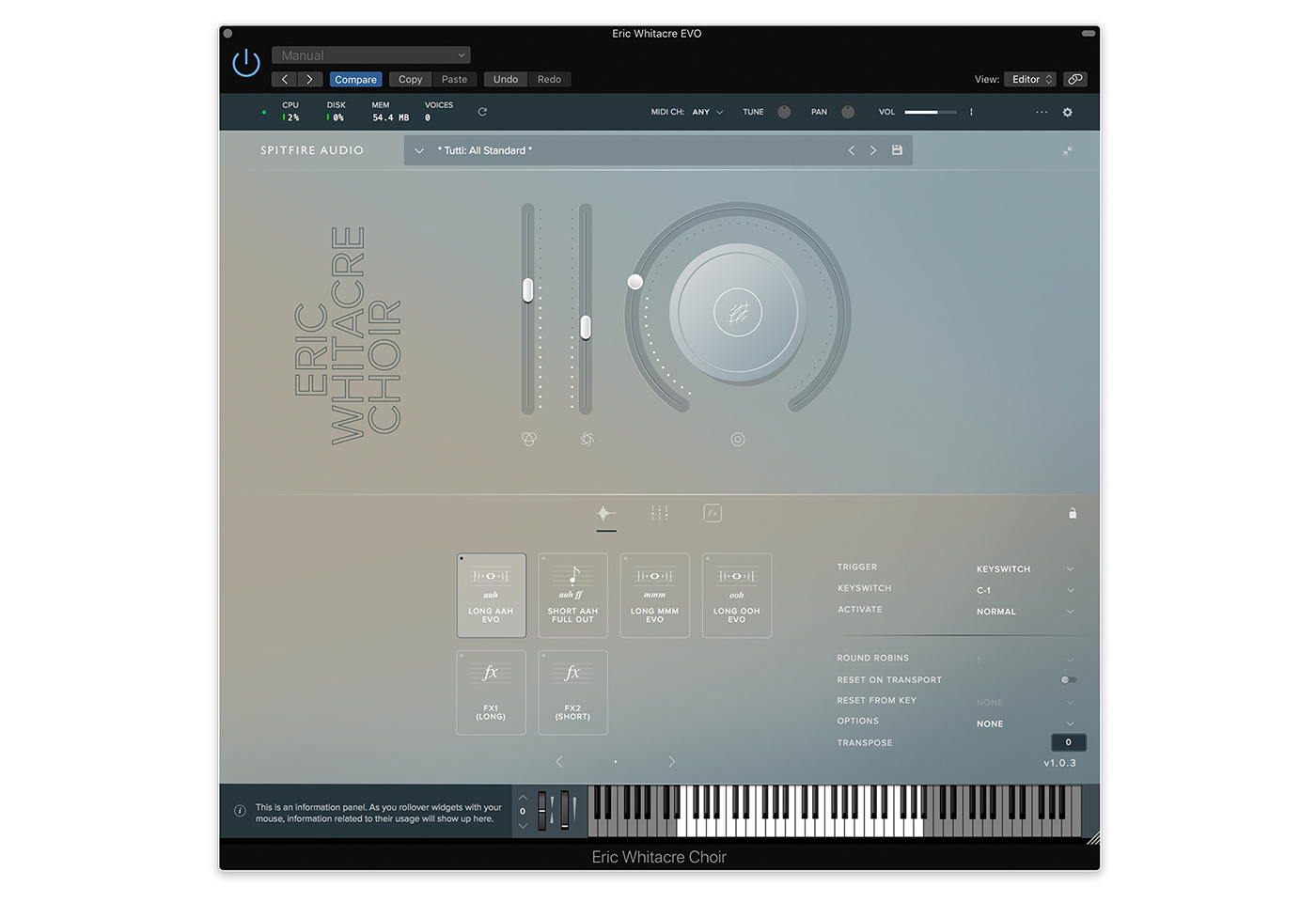 The library was recorded in Spitfire’s ’spiritual recording home’: the hall at Air Lyndhurst studios, the venue for many film score recordings and where many titles in the Spitfire catalogue have been recorded. “It was magical,” says Eric. “It must be my favourite recording room in the world. Something about the atmosphere in there – it’s absolutely perfect for voices.”

The results on the night were stunning and we’ll bring you a full review of it very soon. It costs £549 and is available from www.spitfireaudio.com.