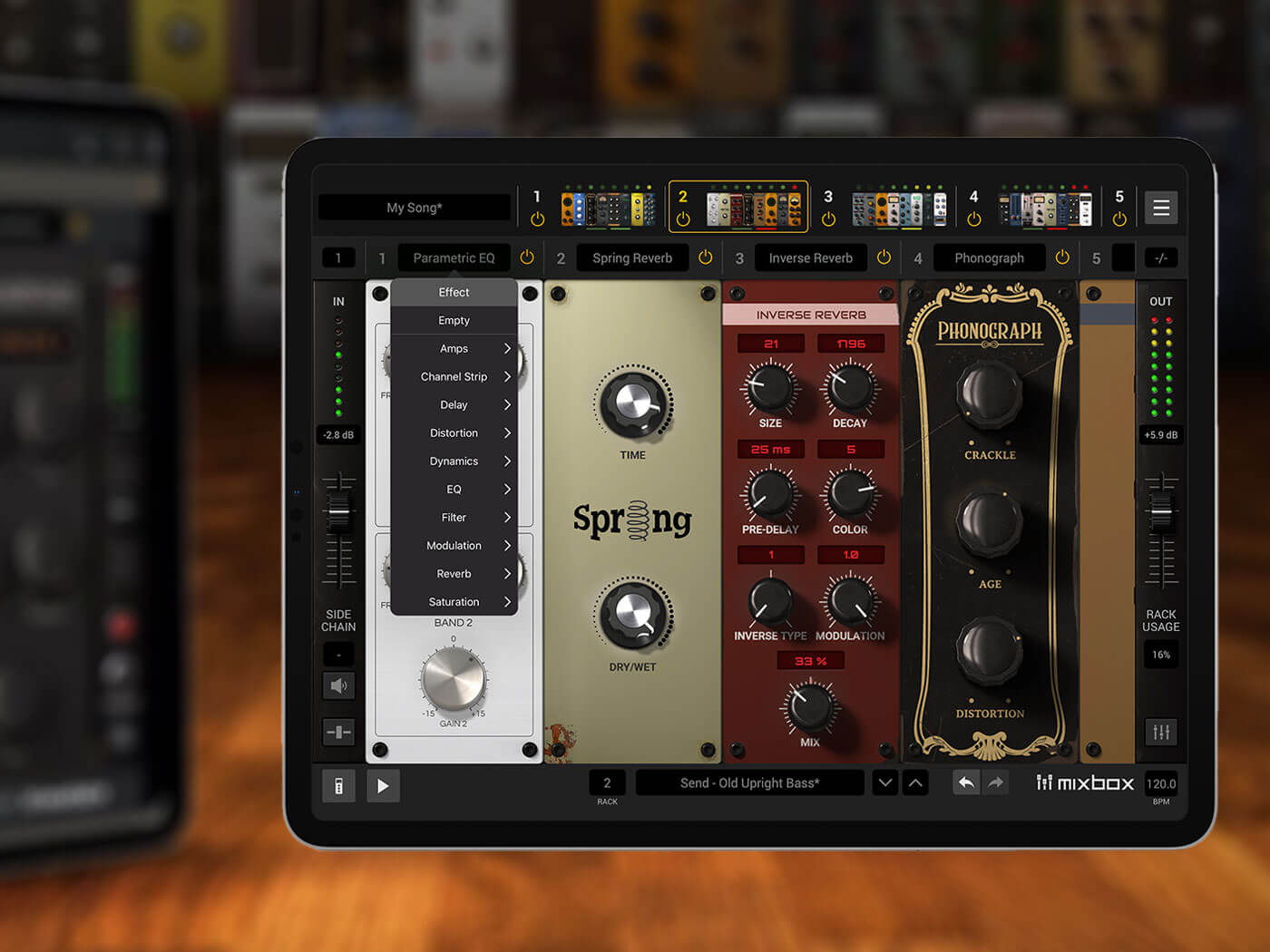 Recording and producing entire musical projects on an iPad has never been easier thanks to a wealth of compatible apps and devices. IK Multimedia, the creator of iRig devices and AmpliTube, has contributed to iPad music production once more with the release of MixBox CS, the mobile version of its recent Mac and OS multi-effects plug-in.

MixBox CS is designed to offer musicians, producers and engineers a mobile 500-series effects rack so they can mix efficiently wherever they are. 70 processing and creative effects comprise the app, including effects derived from IK’s T-RackS mixing and mastering platform, AmpliTube guitar and bass tone studio, and SampleTank sound and groove workstation.

Many of these effects are authentic physical models of renowned and desirable analogue mixing hardware and creative effects such as amp distortion and tape saturation. Plus, there are a range of powerful digital effects and four new reverb algorithms for hall, room, plate and inverse. IK Multimedia says its bringing all of this to your iPad so you can add “ultra-authentic analogue warmth and vibe to any track”.

An effects chain can be built with eight available slots per rack, with an intuitive drag-and-drop routing workflow. Essential controls such as sidechain, wet and dry mix, individual processor gain and more are included, too. In standalone mode, you can have up to eight racks of eight processors for advanced mixing environments and live-performance applications.

No doubt there is a lot to sink your teeth into here, offering hours of tinkerings and experimenting. If time isn’t on your side, though, there are over 600 individual processor and whole-chain presets which cover a range of uses, styles and genres. You can also create, save and recall your own presets if your experiments have paid off. Fortunately, the GUI of MixBox CS gives you access to all the parameters of each effect, negating any menu-diving.

MixBox CS supports AUv3 plug-ins, making it compatible with popular AU hosts like GarageBand, Cubasis and more. This gives you much more versatility when creating and producing on an iPad. If you’re familiar with the desktop version of MixBox, you’ll be able to transfer production work between the two apps.

IK Multimedia has made the app quite affordable too, with an introductory price tag of $40. This will move up to $60 in due course, so its best not to hesitate on this purchase for too long if it’s piqued your interest.

To learn more about MixBox CS and see all 70 processors, go to ikmultimedia.com.