The pocket-sized mics and mobile streaming interface are designed for content creators. 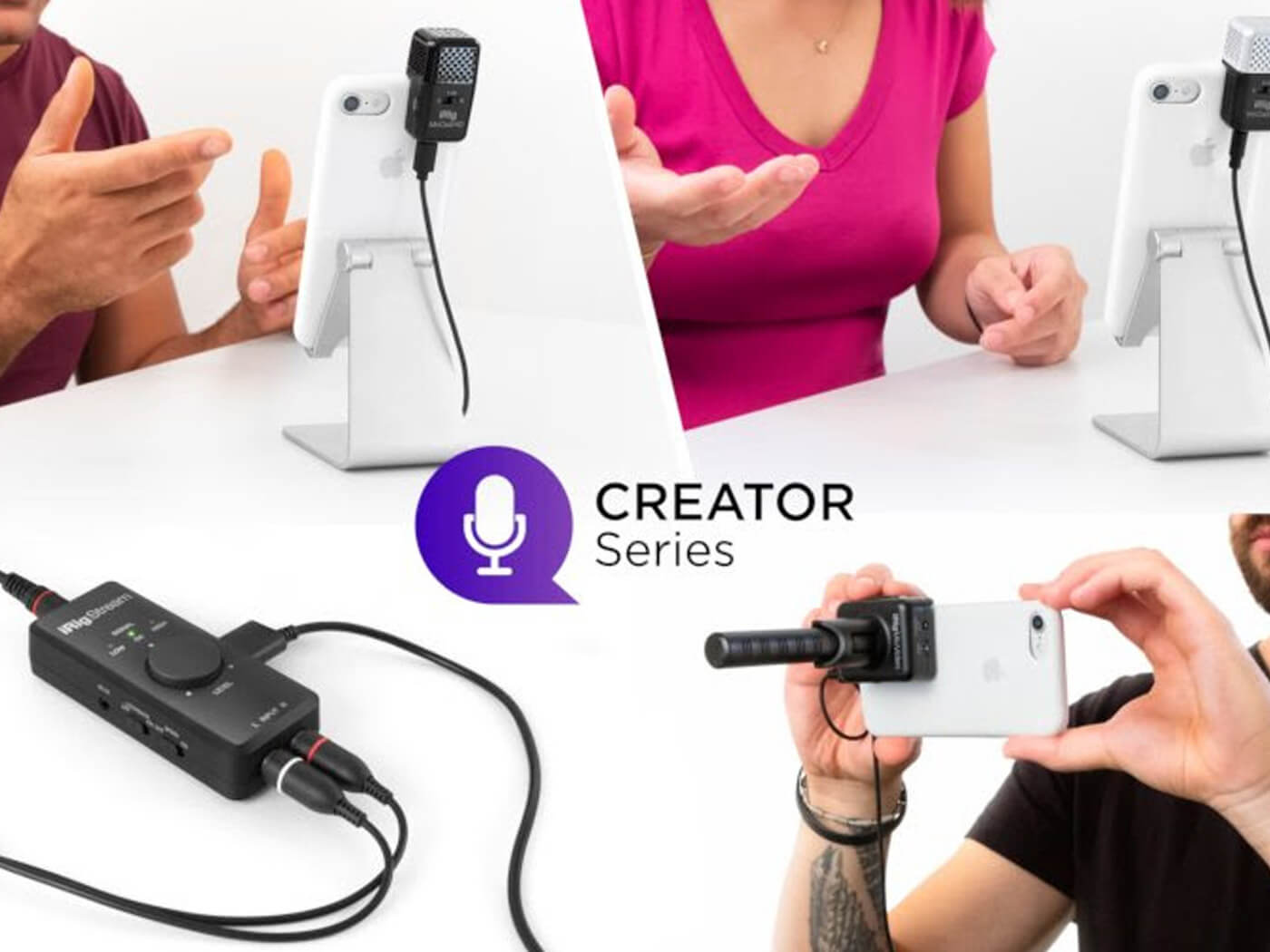 The iRig Mic Cast 2, iRig Mic Cast HD iRig Mic Video and iRig Stream have been announced by IK Multimedia, as part of its IK’s Creator Series. The devices are designed for video content creators, YouTubers, live streamers and other broadcasters with the goal of high-quality audio directly from a mobile device.

The iRig Mic Cast 2 and iRig Mic Cast HD both “offer featherweight, pocket-sized portability and crystal clear voice recording”, according to IK Multimedia. They feature selectable pickup patterns, headphone monitoring and reject off-axis noise for quiet recording. With a magnetic mounting design and windscreen for outdoor use, IK Multimedia have designed these with ease-of-use and practicality taken into consideration. They can be used on iPad, iPhone or Android devices.

iRig Mic Video is a shotgun mic, designed for flexible use in a wide range of video shooting scenarios. The mic is equipped with a gold-sputtered condenser capsule, with a cardioid polar pattern and 24-bit/96kHz recording capabilities. It’s compatible with a range of devices including smartphones, tablets and DSLR cameras.

The iRig Stream is “ideal for content creators and musicians”, says IK Multimedia. This device is a mobile audio interface, mixing multiple audio sources down to one track for recording or streaming in mono or stereo with the user’s mobile device and desired app.

All products are available for pre-order now at the IK Multimedia online store and authorised dealers. Prices are as follows:

Find out more at ikmultimedia.com