The VA desktop synth boasts 128 voices with up to 10 oscillators per voice. 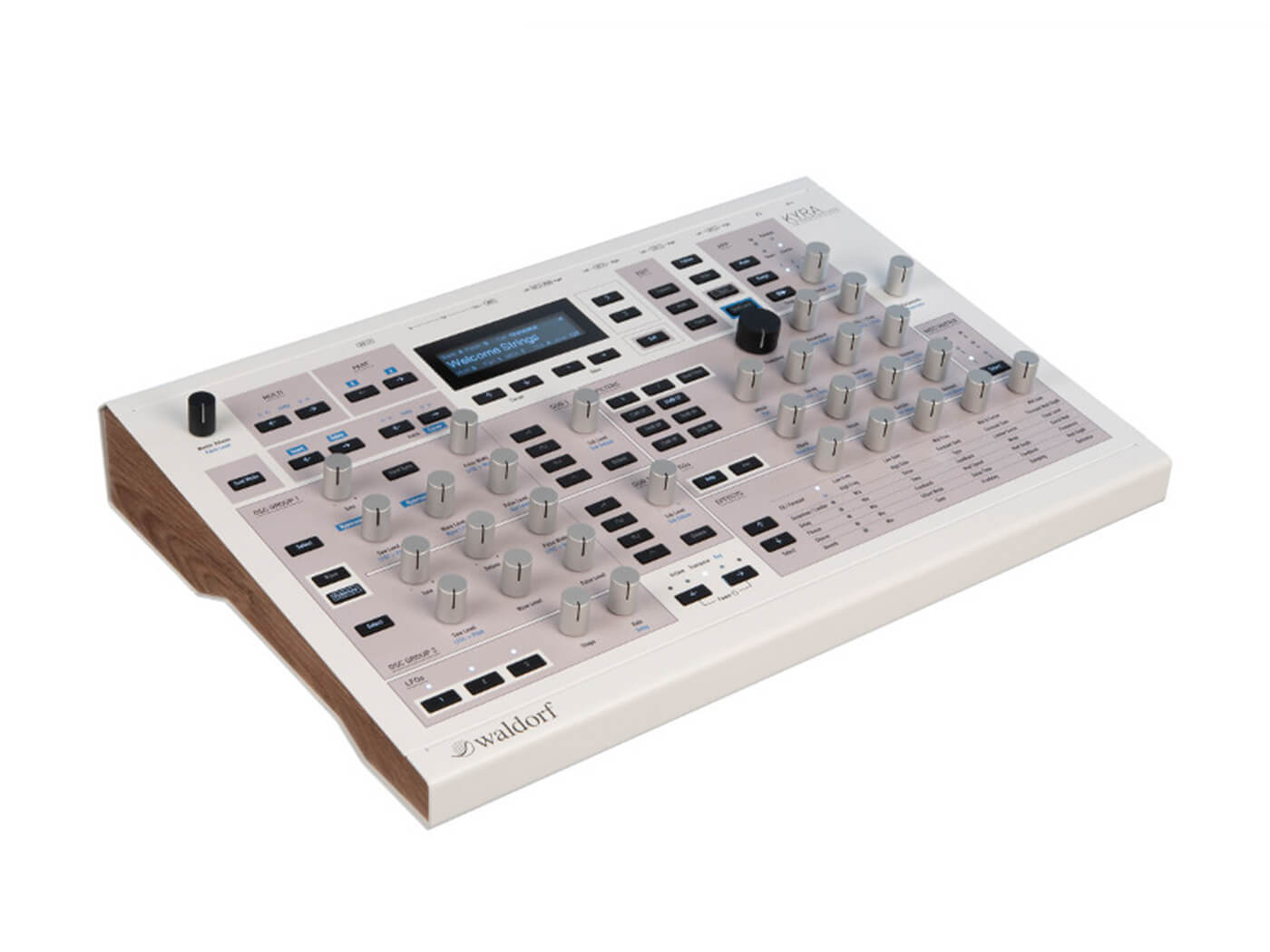 Waldorf has described Kyra as “a wall of sound”, and say it’s “one of the most powerful synths ever built”. It’s certainly quite a statement, but the specs and audio demo Waldorf has provided suggest that Kyra might be able to live up to the claim.

It features eight independent parts that each carry its own effects chain, and is capable of playing 32 notes per part. This effectively makes each part a synthesiser in itself with sound sources (OSC Group 1, OSC Group 2, Sub 1 and Sub2), filters and modulators. The effects modules comprise of three-band EQ, formant filter, input limiter, distortion, delay, six-state phaser, chorus flanger, stereo reverb and an output limiter. Each part can be sent to your DAW in 24-bit/96kHz audio through USB 2.0.

Kyra is said to be the first professional synthesiser to be based entirely on Field Programmable Gate Array (FGPA) technology. This allows it to offer the raw processing power of a desktop computer, without problems such as slow startups, unreliable operating systems and overheating. As all of the audio generation is carried out on a single chip, this also reduces building costs and makes Kyra more reliable.

The synth can function in two modes: Wave and Hypersaw. Wave mode means that Kyra acts as your usual virtual analogue synth, giving you the freedom to construct sounds with subtractive synthesis. Hypersaw takes a different approach, using an algorithm comprising six oscillators to quickly create lush soundscapes. In Hypersaw, the two oscillator groups are replaced with a single sound source, with adjustable Intensity and Spread.

Kyra features four balanced pairs of stereo audio outputs, which you can assign each of the eight parts to, as well as MIDI In/Out/Thru. Its display is OLED, and Waldorf claim that there is “very little” menu diving.

Kyra is available now from Waldorf dealers at £1949. Find out more at waldorfmusic.com.