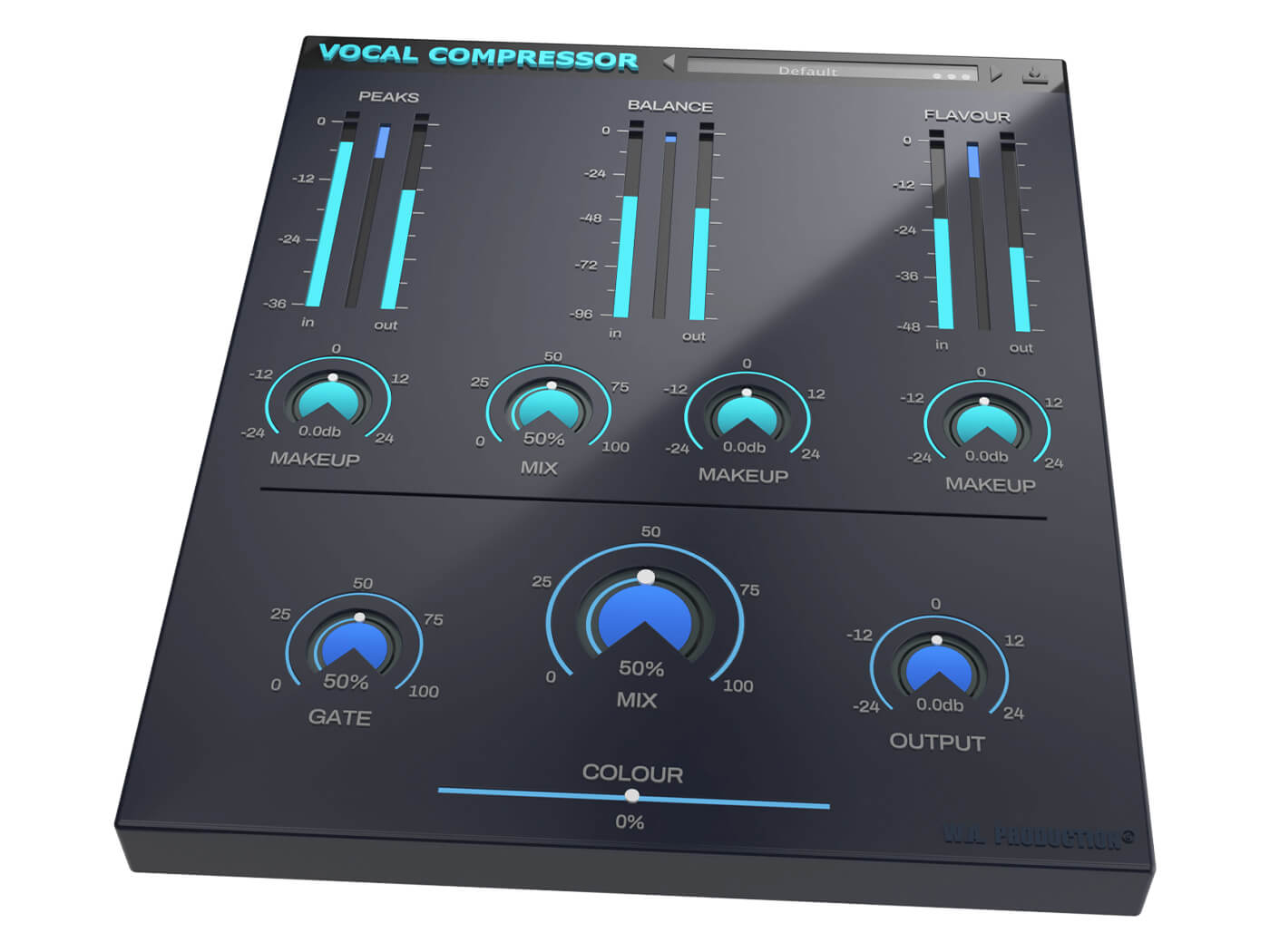 As its name implies, Vocal Compressor is a dynamics processing plug-in that offers three stages of compression. Its key focus is on providing a balanced output that sits well in a mix, and W.A. Production has supplied some auxiliary features such as a colour saturator to do so.

The first in the chain is the Peaks compressor, which deals with harsh amplitude spikes; and clamping down on “rogue dynamics” with a hard-knee in order to achieve a smoother sound.

Next is Balance, a parallel compressor which maintains the punch of loud transients whilst bringing up the quieter elements of a track. Naturally, this reduces the overall dynamic range of your audio, which consequently attenuates the amplitude. Mix and Makeup dials are onboard to achieve a more precise mix of Peaks’ and Balance’s processing.

“Don’t hold back on the gain reduction as this compressor needs a threshold of around 20dB to work”, W.A Production warns, “Keep pushing that threshold down until things sound good”.

The final compression stage is called the Flavour compressor, which makes use of a built-in tape saturation curve – adding subtle harmonics and grit to the overall signal’s sonic characteristics.

Vocal Compressor also packs a gate for killing off unwanted pops, clicks and noise, and a Colour slider for boosting frequencies “specifically tailored to vocal processing” in order to elevate a vocal performance further.

Signals are represented visually on Vocal Compressors UI, which lets music-makers monitor the affected signal at each stage of the chain.

Vocal Compressor comes in VST, AU, and AAX formats. It’s going for an introductory price of $8; reverting to $39 after 16 June.