Relive classroom antics: play the ruler but with a keyboard

Circuit-bending artist Vtol makes an electromechanical instrument out of a metal ruler. 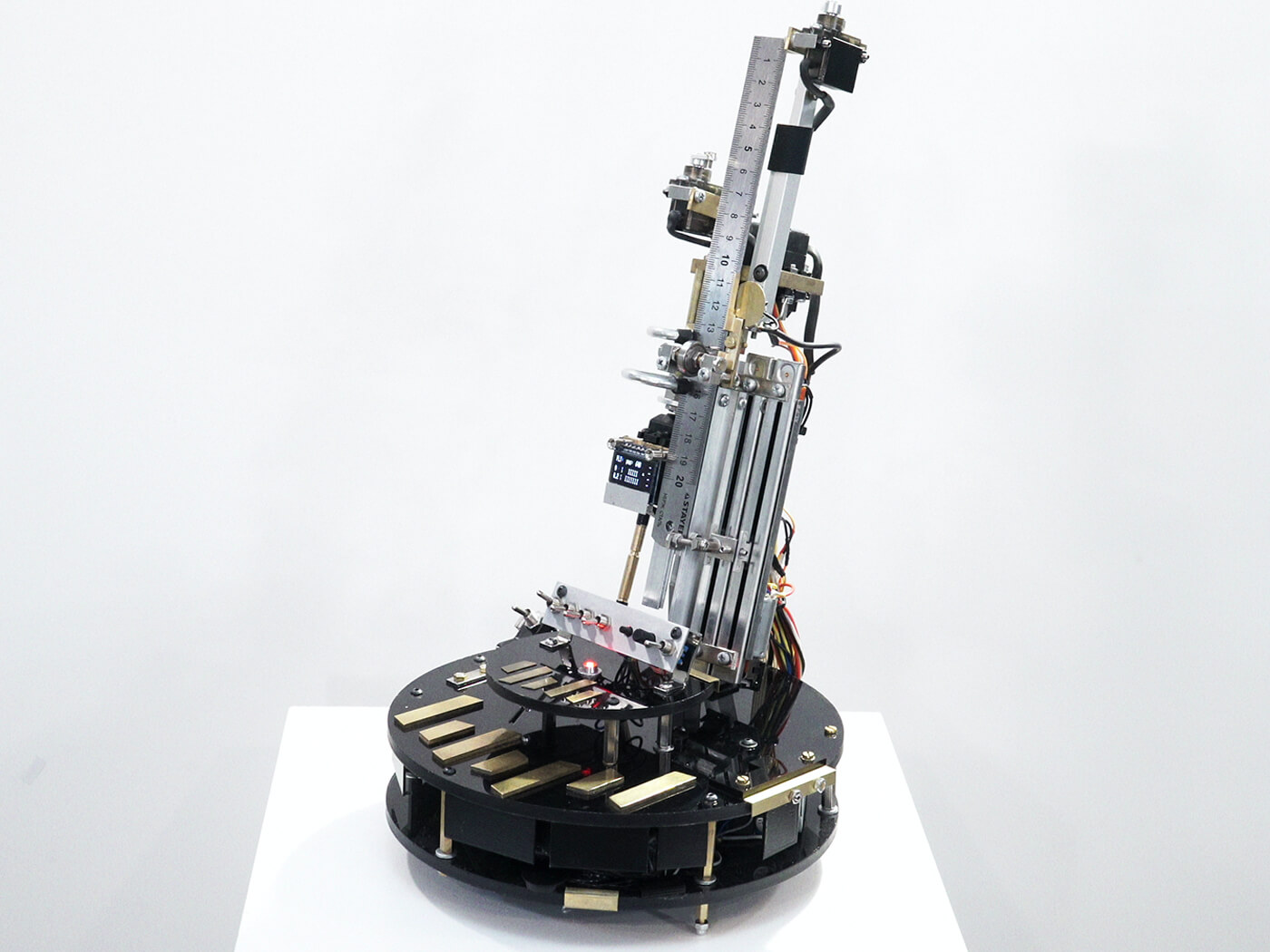 Over the decades, there have been numerous advancements in the field of metal ruler music, as heard in classrooms around the world. From rulers measured for fundamental tone accuracy to makeshift ruler organs which open the door to polytonal performance. None however, has taken such a sophisticated engineering approach to the instrument as the RBS-20, from transdisciplinary artist Vtol.

The RBS-20 is described by its maker as an automated plucked contrabass monochord, taking the basic principle of modulating a ruler’s length in order to achieve different pitches.

In Vtol’s take on the classroom classic, repositioning of the ruler is performed with powerful motors, allowing for notes to be readied very quickly. Following this, a motorised hammer strikes the ruler. This method greatly improves on the archaic ‘six-finger’ method employed by some traditionalists – although at the possible cost of player expression.

Notably, operation of the two “pressing motors” can be split, allowing one to instead clamp down on the ruler to trigger a higher register. A small piezo element, which is in direct contact with the ruler, provides the A-to-D conversion for the instrument, opening the door to amplification and effects processing.

At the base of the RBS-20 is its control section. This houses 12 touch keys that can be custom assigned to specific lengths of the ruler, allowing for even microtonal pitches to be performed – a stylistic nuance unusual even among the most virtuosic of traditional metal ruler players.

Apart from that, it sports is a small OLED display, which lets players select modes, tune notes and perform other utility functions. Take a look at the RBS-20 in action below.

Dmitry Morozov (known professionally as vtol) is a transdisciplinary artist and researcher, and focuses on contemporary media arts including sound, robotics and installation. The RBS-20 is the latest of his experimental creations, which typically involve circuit bending, electromagnetic manipulation and even wearable technology.

Check out more of his creations, at vtol.cc