Thunderbolt and USB versions of the interface are available for Mac and Windows. 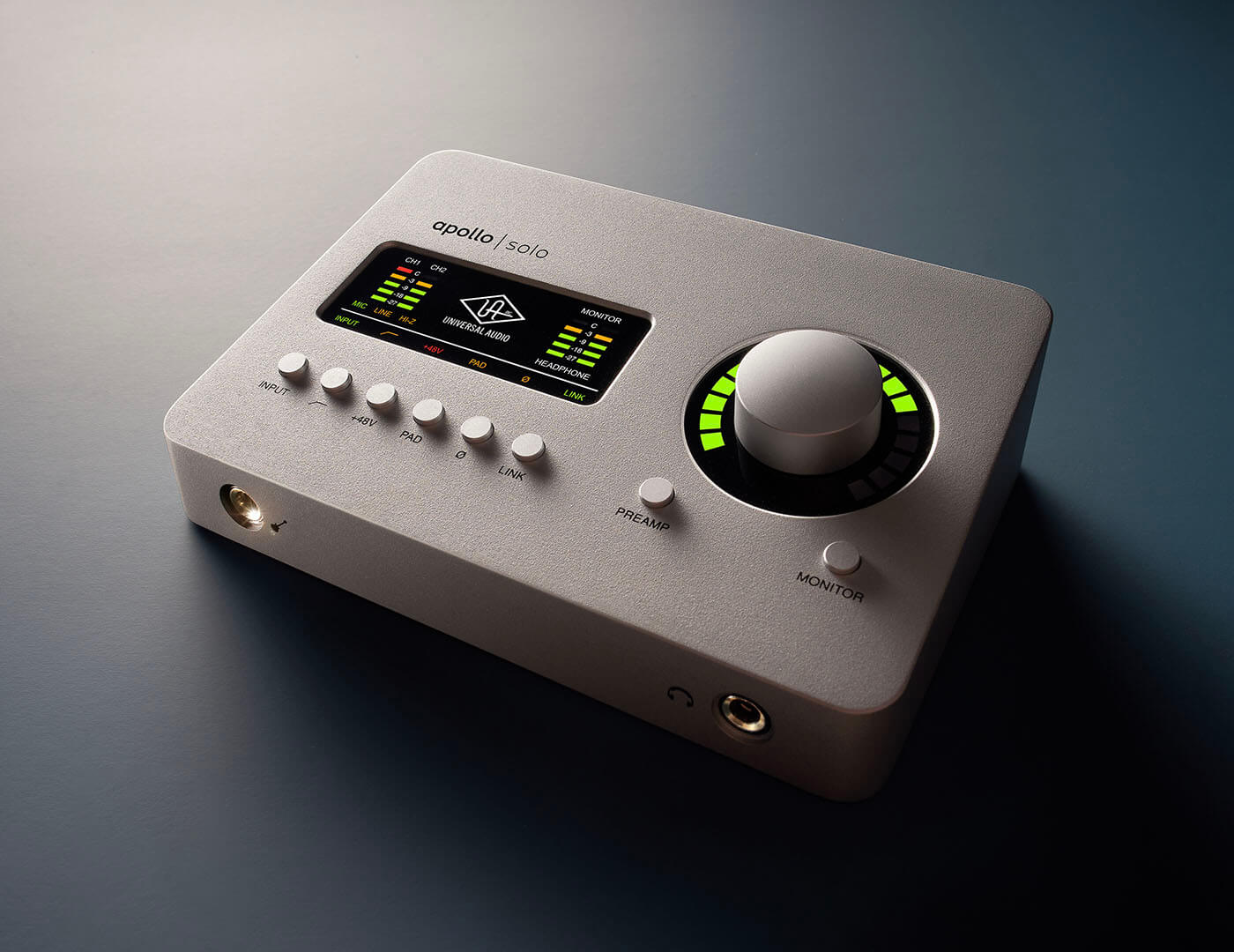 Universal Audio has announced the Apollo Solo series, a pair of 2-in, 4-out compact audio interfaces outfitted with the brand’s proprietary Unison technology preamps and realtime UAD plug-in processing. If the Apollo Solo looks familiar, that’s because it’s essentially a rebadged Arrow in a new silver colour scheme.

What’s new is that it comes in two variants. The Apollo Solo Thunderbolt is a bus-powered version for Mac and Windows, like the Arrow.

However, given the ubiquity of USB 3 over Thunderbolt in the PC community, the second variant is the Apollo Solo USB, which works only with Windows and has an external power supply.

Featuring dual Unison preamps, an instrument input and a single DSP Core, the Apollo Solo boasts the ability to mimic specific impedance characteristics and gain stage “sweet spots” found in popular tube and solid-state preamps, plus guitar amplifiers as stompboxes. These emulations include models from Neve, API, Avalon, SSL, Manley, Fender, among others.

The Apollo Solo also features realtime UAD plug-in processing, which works in tandem with the UAD powered plug-ins for “near-zero latency” tracking and mixing, regardless of buffer size. 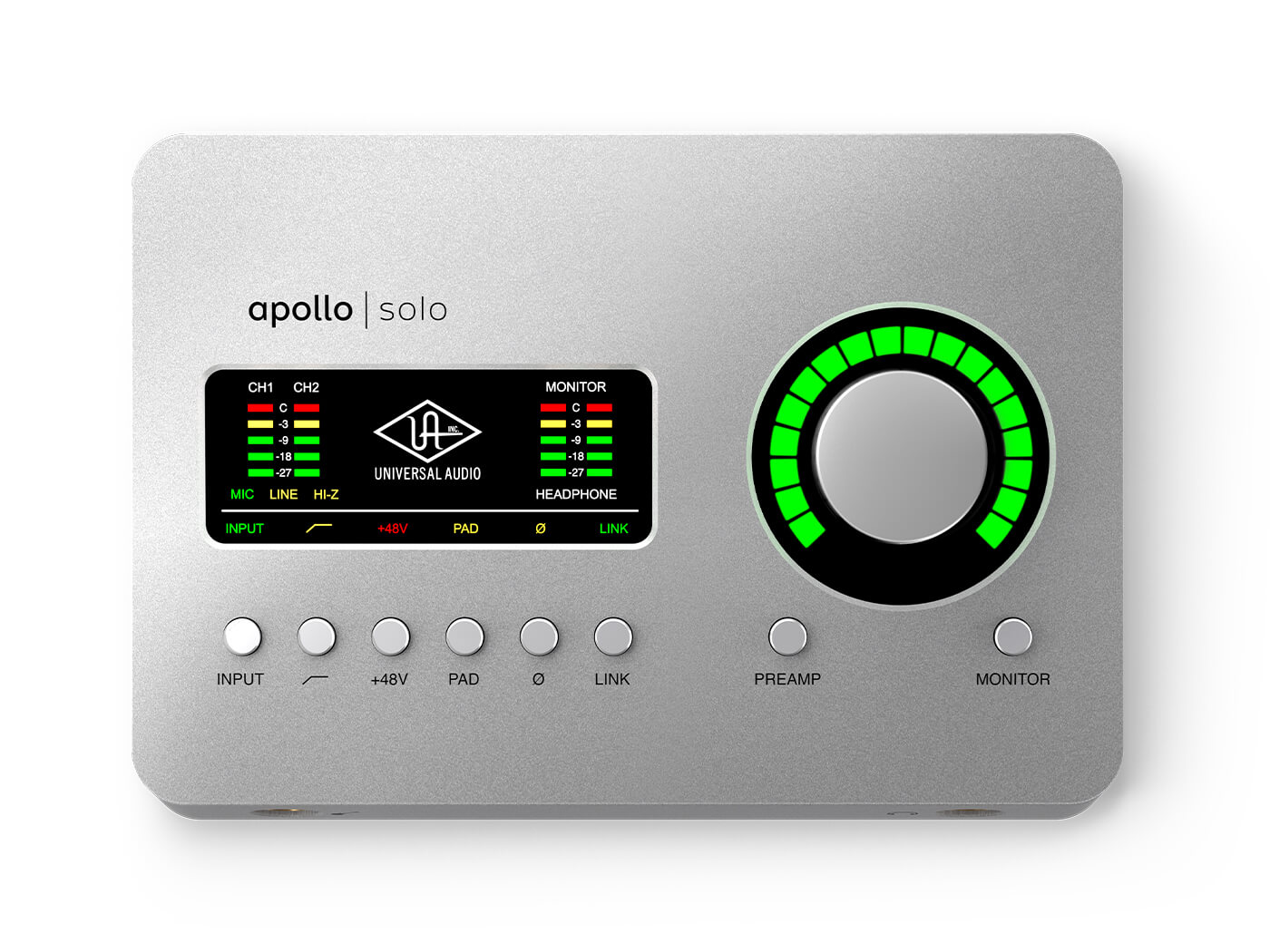 Software packaged with the interface includes the Realtime Analog Classics bundle, consisting of studio compressors, EQs, reverbs, and more. The Thunderbolt version is also packaged with UA’s recently launched DAW, Luna. Both versions are equipped with a USB-C port on the rear, though no cables are included.

Pricing for both Thunderbolt 3 and USB versions of the Apollo Solo will be the same as the Arrow at £450/$499.