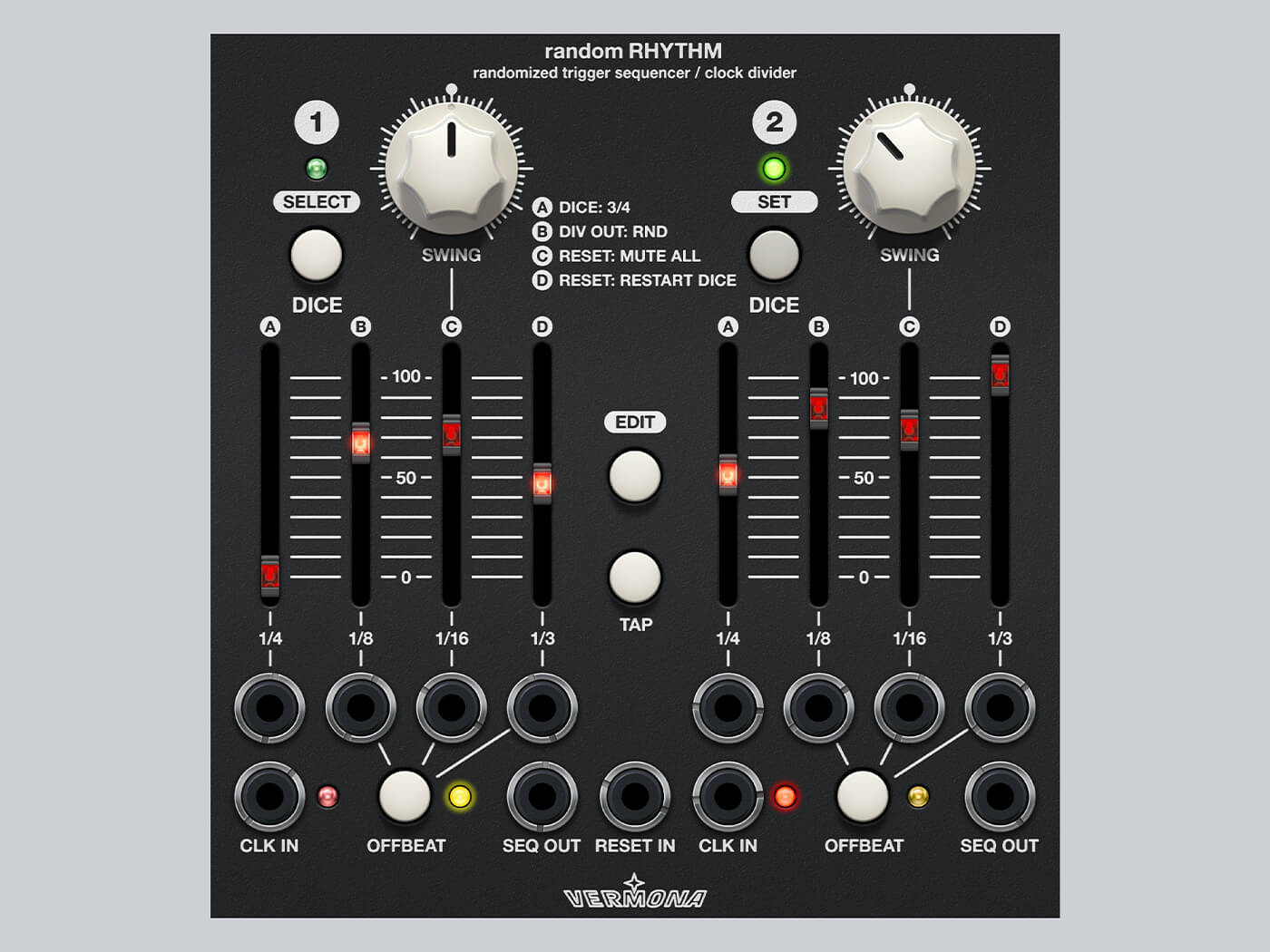 Softube has introduced Random Rhythm, a software plug-in version of Vermona’s two-channel trigger-sequencer of the same name. This software version, made for Softube’s Modular environment, models itself closely on the original, while introducing save features for improved in-the-box workflow.

Random Rhythm is a trigger-sequencer that relies on randomisation and probability. Both channels feature a set of four sliders, each tied to a subdivision. By raising one slider (say the quarter-note), it increases the probability of triggering on each beat. Add to that the ability to route each subdivision to trigger a different instrument, and it could make for a powerful live performance tool.

The plug-in version also allows for saving custom presets and states, which is a welcome feature, given the limitless options results it is capable of generating.

Random Rhythm usually retails at $39. But until May, it’s going for an introductory price of $29.