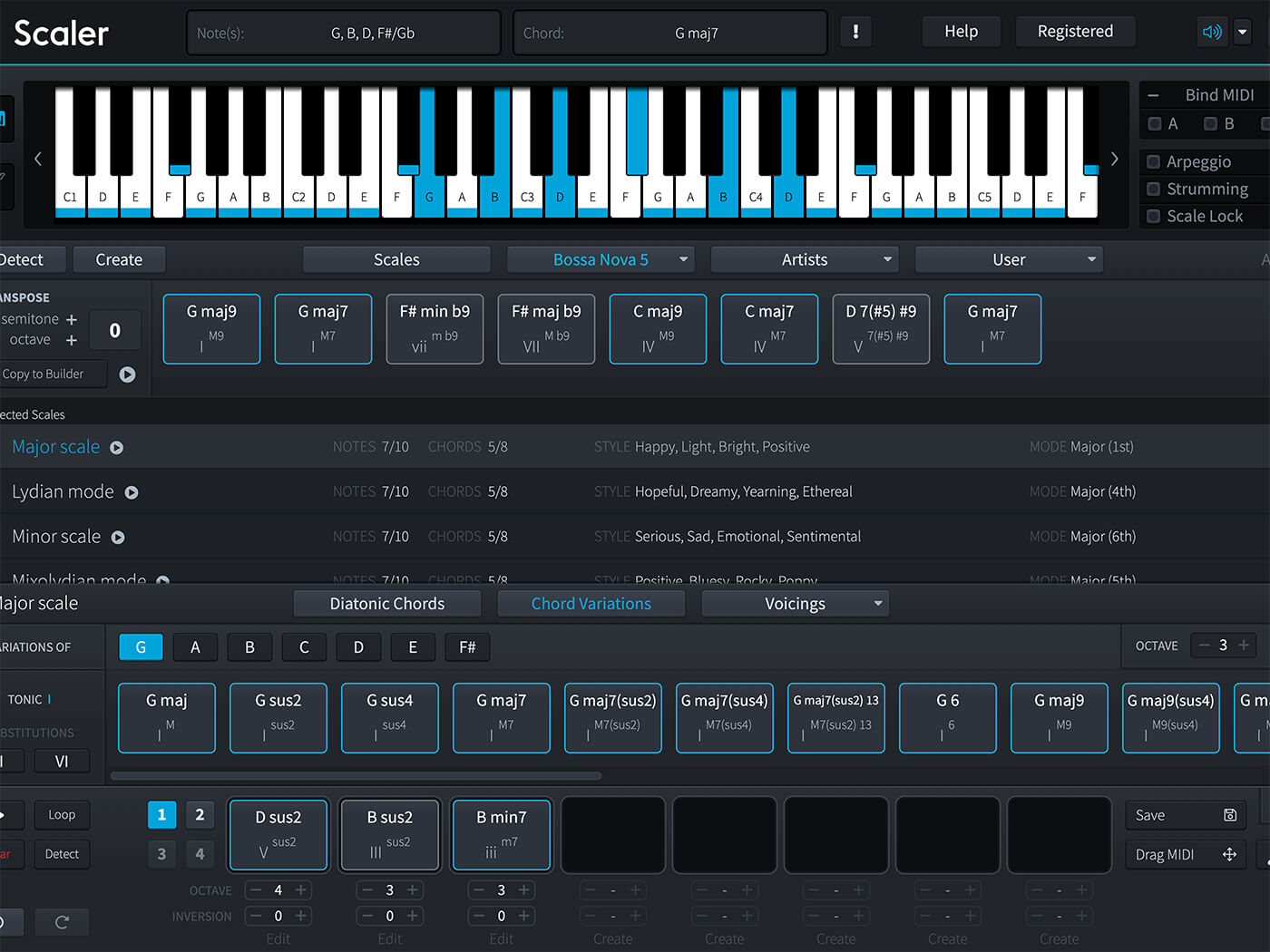 Scaler is a MIDI effect with compositional functions like note detection, chord suggestions and scale options. With version 1.7, you’ll have access to 30 new chord sets – from blues, Latin and bossa nova – and over a hundred new scales. The latter encompasses all the modes of melodic and harmonic minor scales.

Additionally, the tool’s chord builder is now equipped with re-detection, letting you conveniently find a scale to fit your progression. You can also preview the chord sets and copy them to the builder with a few clicks. And for bassists, the plug-in’s fretboard feature now supports five new bass tunings, including four-, five- and six-stringed options.

Here are some other new features:

Here’s a walkthrough of the Scaler 1.7:

Retails at $49. Also available as a free update for existing owners. More info at pluginboutique.com.