Give your compositions a lift with the “warm, rich tones of vintage synths”. 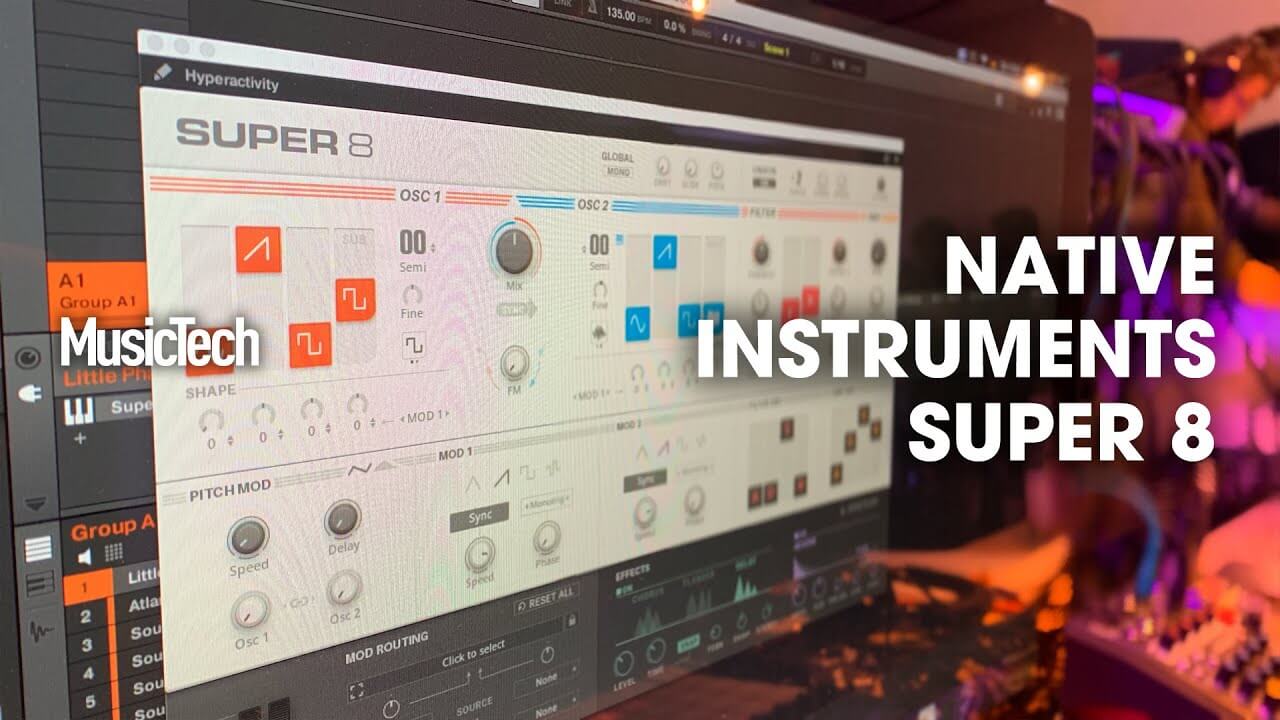 Having dropped the first audio demos of Massive X and updated its Reaktor platform, Native Instruments is back in the synth groove with Super 8. This eight-voice software instrument features retro polysynth sounds housed in a modern interface.

The company’s first software polysynth since 2002’s Pro 53, Super 8 comes stacked with a collection of more than 350 presets. You’ll have at your fingertips an assortment of ethereal pads, rumbling basses, searing leads and special effects. These patches are not only informed by the likes of Roland and Sequential Circuits, but have unique traits of their own as well, according to NI.

Super 8’s interface is designed to be modern and clean. With the help of intuitive sliders, you’ll be able to blend up to four waveforms in each of the two oscillators. These oscillators can be further mixed, synced together, or given a digital bite by kneading in FM oscillation. Other useful controls on Super 8 include ASDR sliders, which can be used to conveniently alter both filter and amplifier envelopes.

The new soft synth also features a capable modulation section with a range of mod waveforms. Having made your choice of mod waveforms, you can then dial in some speed and phase, adding motion to your patches in the process, NI claims.

Learn more about Super 8 below:

Super 8 is compatible with both Reaktor 6 and Reaktor 6 Player. Available at $69 on PC/Mac. More info at native-instruments.com.