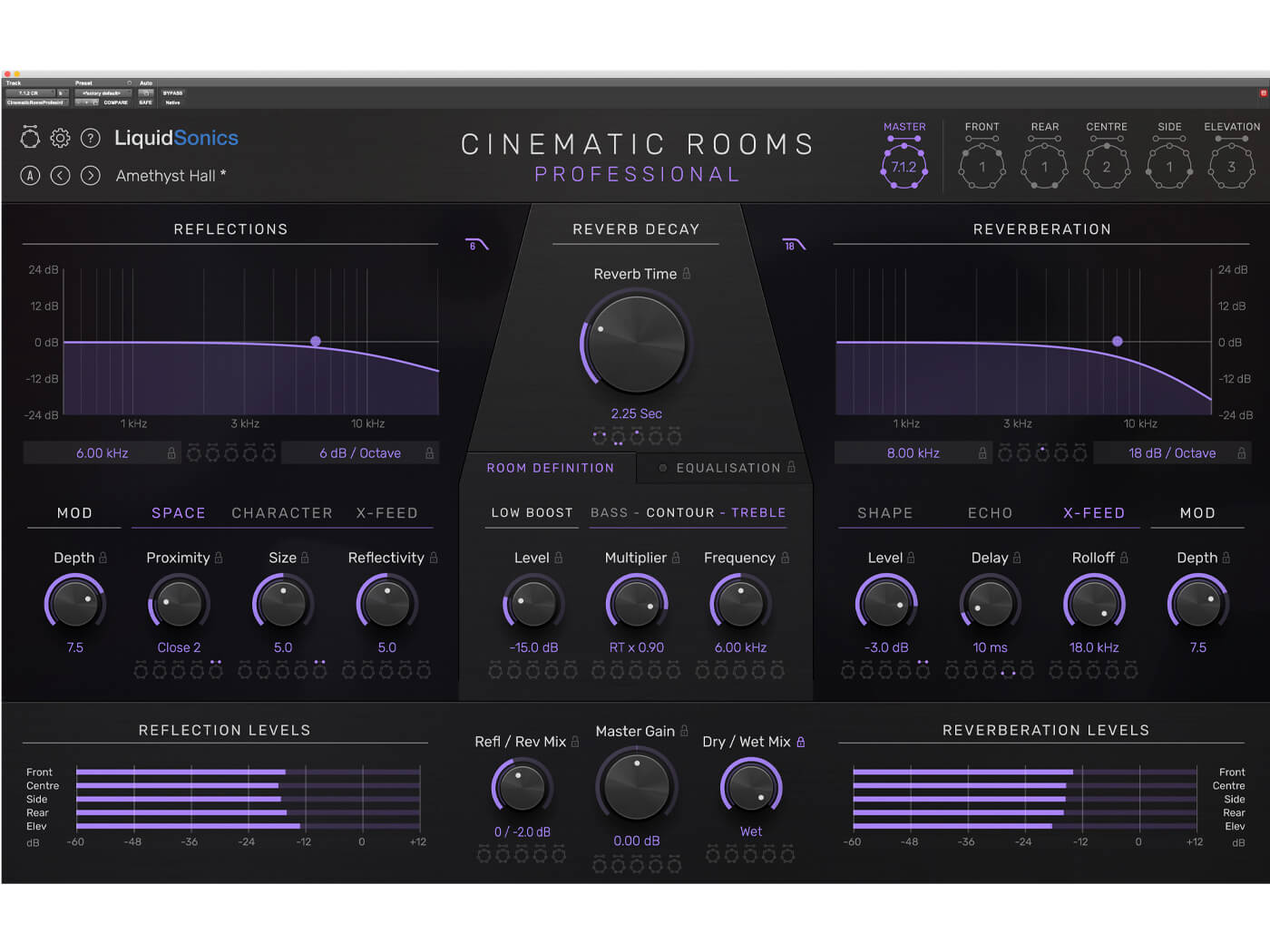 There are two editions available – standard and professional – and both work with current Atmos bed workflows, supporting channel formats from stereo, through LCR, Quad, 5.1 and all the way up to 7.1.6 Atmos.

The Professional edition includes independent reverb controls for accentuating or widening reflections in the front and side channels, and even applying tempo-synced pre-delay and echo settings in the rears and elevations.

Both editions of Cinematic Rooms come pre-loaded with presets: 80 presets on standard editions; 300 presets on professional, of which 50 are post-production rooms.

While the Standard edition shares the same reverb and reflection engines as professional, it does exclude several features – such as surround plane parameter editing and crossfeed disparity definition tools. However, it still supports channel formats from stereo to 7.1.6.