New Mix Assistant is designed to help you find an initial balance fast. 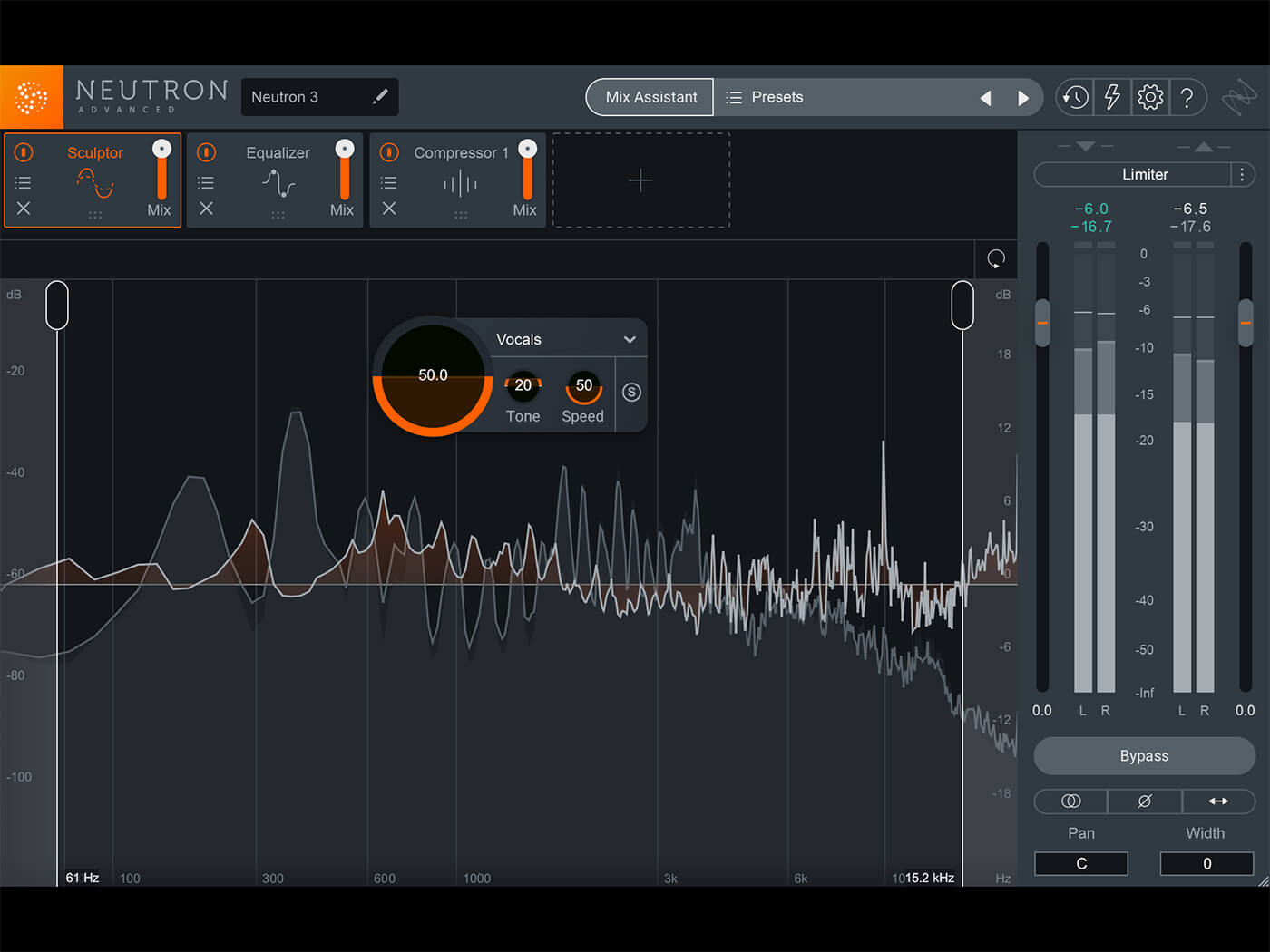 iZotope has unveiled Neutron 3, the third edition of its plug-in-based mixing suite. Neutron 3 is packed with eight plug-ins – Sculptor, EQ, Transient Shaper, Gate, Exciter, Limiter and two compressors – that can be used individually or as eight modules combined together in a single plug-in.

Chief amongst the package’s new features is an intuitive Mix Assistant designed to get you off to a quicker start when mixing and the Sculptor plug-in that uses spectral shaping to modify instrument tracks.

Neutron 3 is available in three versions, Elements, Standard and Advanced, with the last one boasting the most features and upgrades. Here are the highlights:

With Neutron 3, iZotope has introduced machine learning into the mixing game. The brand touts the new Mix Assistant, exclusive to Advanced, as the first-ever plug-in that listens to your project and communicates with each track in the mix. The purpose of this analytical listening is to help you find a starting balance, which will form the foundation of your mix. The plug-in even lets you select which tracks you want to be the focus of your mix and is made to work with instrumentals and vocal-centred music.

The new Sculptor plug-in, available in both Standard and Advanced versions, is designed to sweeten the sound of your instrument tracks. iZotope likens its function to a “per-band army of compressors and EQs” dedicated to shaping your track. Sculptor uses machine learning and custom DSP to craft a “custom preset” for each track. It also arms you with 25 different instrument profiles that can transform each instrument into a “new version of itself”, according to the brand.

Neutron 3 has been given a UI overhaul with attractive visual upgrades. On both the Standard and Advanced versions, you’ll be greeted with interfaces that have smoother visualisations as well as resizing features that grant you more precise control. Free with a demo download of the Advanced version is the Visual Mixer plug-in, which aims to tweak the gain, pan and width of all in-session Neutrons or Relays.

Both the Standard and Advanced versions are equipped with improved software performances. Neutron 3 sessions are touted to boot up at three times the speed of Neutron 2. The new sessions are also designed to use up to half the memory and a third of the CPU as their predecessors.

Here’s an overview of iZotope’s Neutron 3:

The pricing for the different Neutron 3 versions are as follows: