It also replicates sample-based instruments such as the Mattel Optigan, Vako Orchestron and 360 Systems Digital Keyboard. 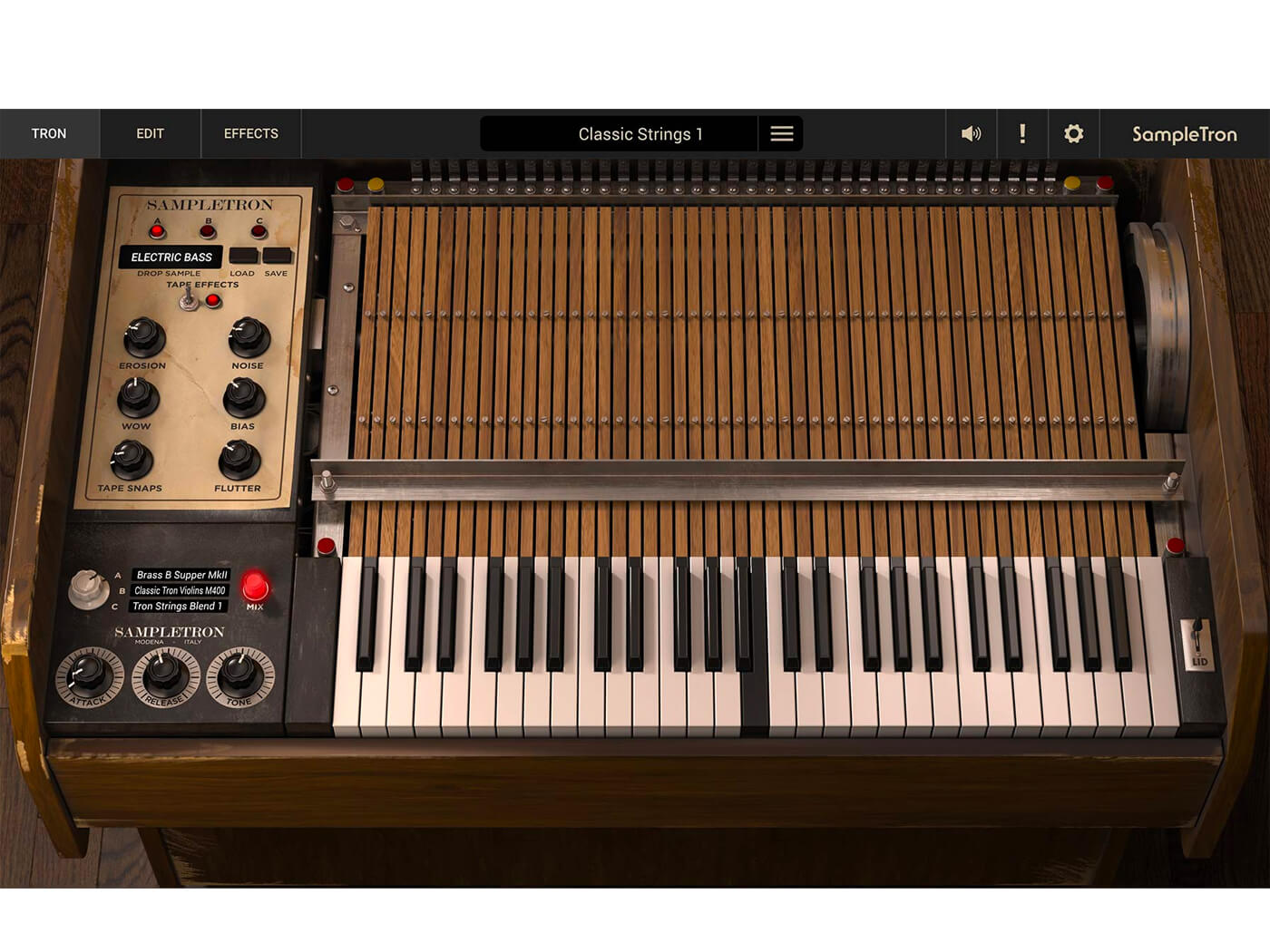 IK Multimedia has rolled out SampleTron 2, a collection of vintage tape-based sampling instruments, such as the Mellotron and Chamberlin, that also gives users the ability to load custom libraries.

SampleTron 2 is powered by IK’s own tape-modelling DSP, which lets users process over 400 included source tracks – from choirs to strings to guitars – and even their own custom libraries.

In Edit mode, users get to dive into each preset’s parameters, which include volume, pan, fine-tune, transpose, and high- and low- range controls. There are also “synth-style” controls such as a filter and an amplitude envelope with velocity control.

The Mattel Optigan, Vako Orchestron and 360 Systems Digital Keyboard are just three of the sample-based instruments that have been digitally replicated in SampleTron 2. In addition to these, users will be able to access the full content from the original SampleTron plug-in.

The effects panel features a virtual rack of processors: a channel strip EQ and compressor; tape echo; multi-mod with chorus, ensemble, flanger, phaser, uni-vibe and rotary speaker, as well as a vintage plate reverb based on the same algorithm used in IK’s guitar amp-sim software AmpliTube 5.

Check out SampleTron 2 in action below:

SampleTron 2 comes in plug-in and standalone formats, and can also be used as a library in IK’s SampleTank 4.