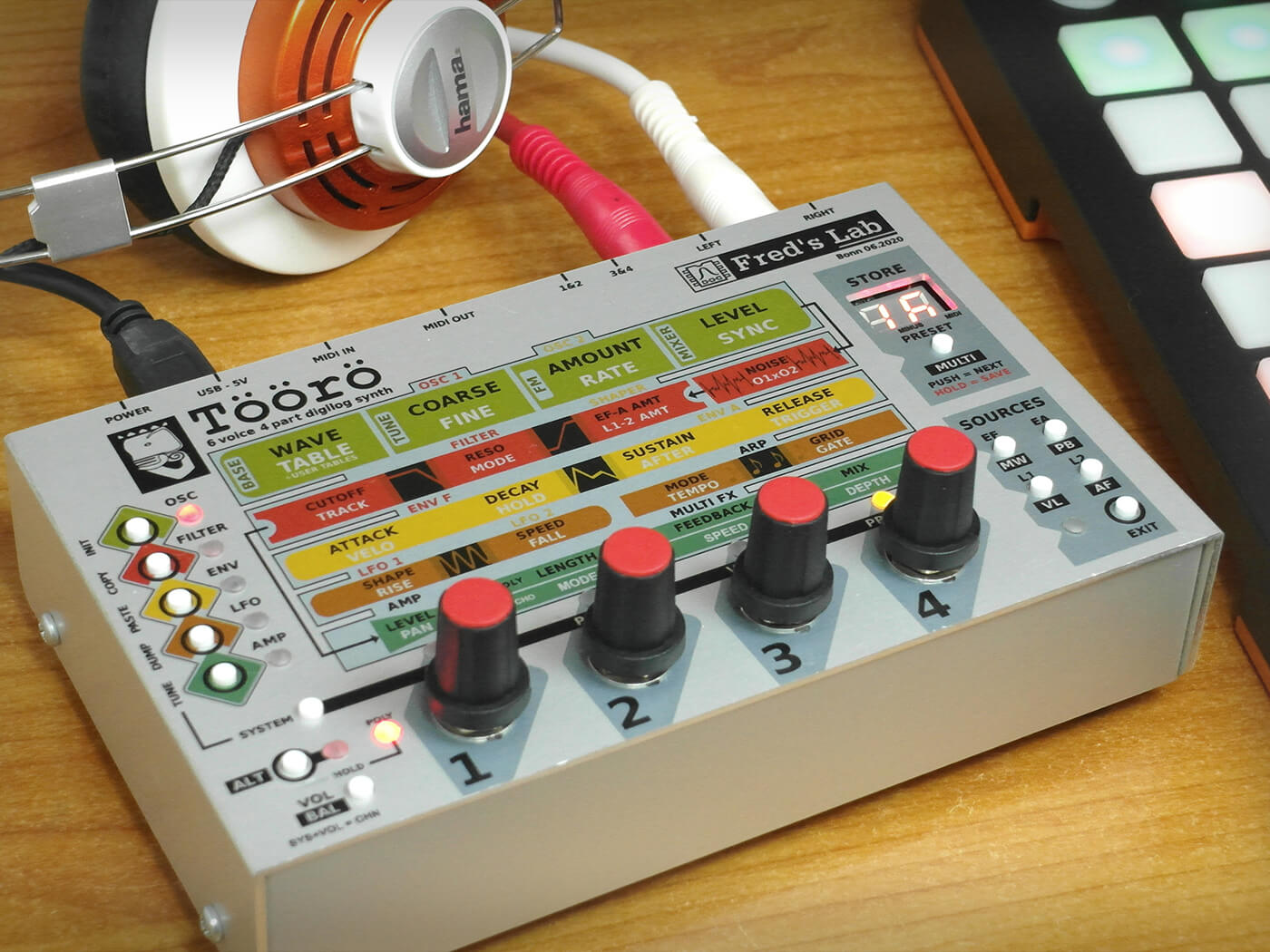 A Kickstarter campaign to fund the Töörö, a portable hybrid polysynth designed by German engineer Frédéric Meslin, is now underway.

The Töörö is a six-voice, four-part synthesizer with built-in effects, an arpeggiator, an analogue A847 filter and more. It boasts deep synthesis capabilities that allow music-makers to employ FM, or even their own create custom wavetables using built-in waveforms.

Meslin’s company, Fred’s Lab, is hoping to raise €40,000 by 13 November to produce the instrument. According to German synthmaker, the Töörö represents the “workhorse synth” he’s always wanted.

“With just Töörö, a sequencer, and perhaps your favorite drum machine, you can create a whole live performance – or an entire track – quickly, intuitively, and in real-time,” Meslin explained.

He added: “If you own an analogue monosynth, and want a unique source of sounds to complement it, Töörö is like having four extra synthesizers on top, giving you ‘everything else’ you need to complete live arrangements and jams.”

The Töörö is Fred’s Lab’s third Kickstarter campaign, and follows the Buzzzy! polysynth from last year. Meslin, however, is no newbie to synth design; he previously contributed to the development of the Arturia MicroFreak and MiniBrute 2, as well as the Waldorf Pulse 2 and Streichfett.

Watch the Tooro in action at SynthFest 2020 below:

You can secure a Töörö now by pledging €399 (or more) to its Kickstarter campaign.